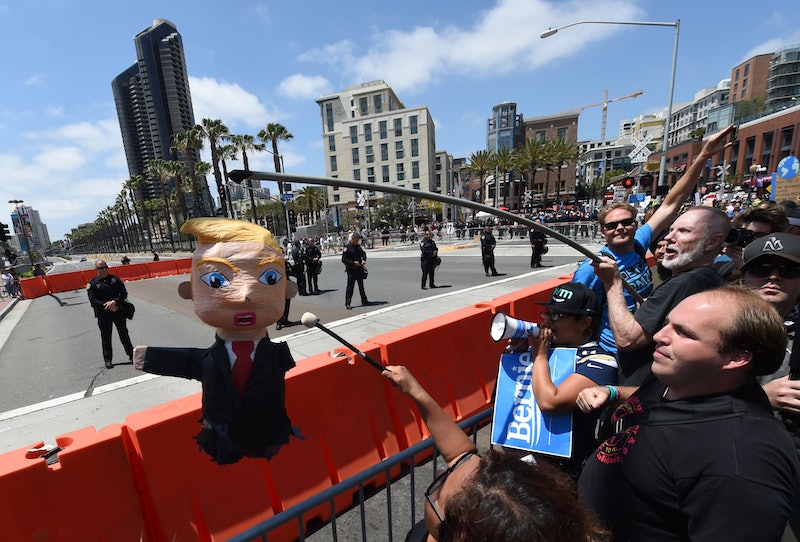 It took all of maybe ten minutes before Twitter exploded with what might be the most quotable/tweetable presidential debate yet. With Republican nominee Donald Trump talking about ripping out babies and saying he wants to keep out "bad hombres," the night quickly got off on a memorable foot. And then, as if a gift from the Internet gods, Trump and Democratic nominee Hillary Clinton got into a bit of a sparring match about... puppets.

The spat was a bit like an "I know you are, but what am I" back-and-forth between toddlers. Clinton called Trump a Putin puppet. Trump responded by calling Clinton a puppet, and everywhere across the United States and the world, people smacked their foreheads. But once the world recovered from the exchange, they immediately took to Twitter, not for evil, but for pure good. Here are some of the best tweets about the puppet exchange.

True, throughout the three debates there has been a string of Tweetable moments. But never before has such an innocent group been brought into the fold as the puppets were during the third debate. So when you do go to finally cast your ballot, think about those who cannot vote this election, but were shamelessly brought into it nonetheless - the puppets.

Cite all the references!

If you can get all the quotable references into one tweet, you win the night

It's okay, guys. We were all a little bit hurt by this debate.