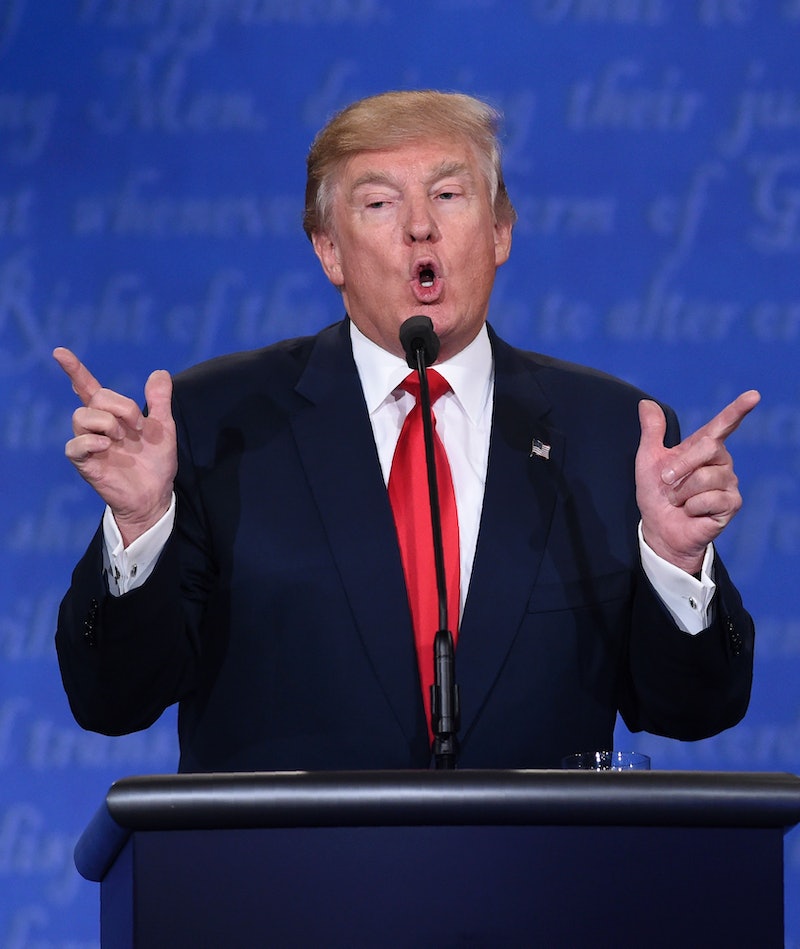 Presidential candidate tradition has been broken once again. During the final presidential debate on Wednesday night, Donald Trump admitted he won't concede peacefully if he loses the election. That's a prospect far more terrifying than his tax returns never seeing the light of day. As moderator Chris Wallace stated, a peaceful transition of power is a tradition in the United States. Trump continuing to speculate about a potentially rigged election to the point that it would impact his ability to respectfully admit defeat points to a larger problem than even a potential dissolution of the Republican party.

Wallace asked Trump if he could accept the outcome of the election no matter who won and Trump instead mentioned a corrupt media. He referenced the New York Times' coverage of him, calling it dishonest and claiming that it was poisoning the minds of Americans. Trump went on to insinuate that a corrupt system will reveal itself come election day, thus he's reluctant to accept the final tallying of ballots. Trump said:

It's so dishonest and they poison the minds of the voters but unfortunately for them I think the voters are seeing through it. I think they’re going to see right through it... We will find out on November 8th but I think they’re going to see through it. If you look at your voter rolls you will see millions of people that are registered to vote, millions—this isn't coming for me this is coming from Pew report and other places—millions of people that are registered to vote that shouldn't be registered to vote... [Clinton] should not be allowed to run. And just in that respect I say it's rigged because she should never have been allowed to run for the presidency based on what she did with emails and so many other things.

This is not a good look for a presidential candidate.

Trump's response was met with derision and horror from both Democrats and Republicans. Democratic VP nominee Tim Kaine tweeted his disgust and a former Jeb Bush campaign staffer called for the debate to be halted completely. Many viewers were taken aback by the Donald's statements and pointed to the larger implications of such a decision. At its best, Trump's refusal to concede will so deeply negatively impact the Republican party that it will be shaken for years to come, though not destroyed. At its worst, Trump is opening himself and his supporters up to massive conflict and even larger governmental stalemates that could threaten the entire country's livelihood, to say nothing of the potential dissolution of the GOP.

The Republican presidential hopeful has been treating his candidacy like a one-time-only opportunity akin to a late night infomercial. He's explicitly told supporters that this is their only chance and has even encouraged voter monitoring and intimidation tactics to attempt to move the needle toward a Trump win. And Trump's desperation looks decidedly un-presidential. It's worth noting that no other presidential candidate has been unwilling to concede. Here's hoping Trump isn't the first.