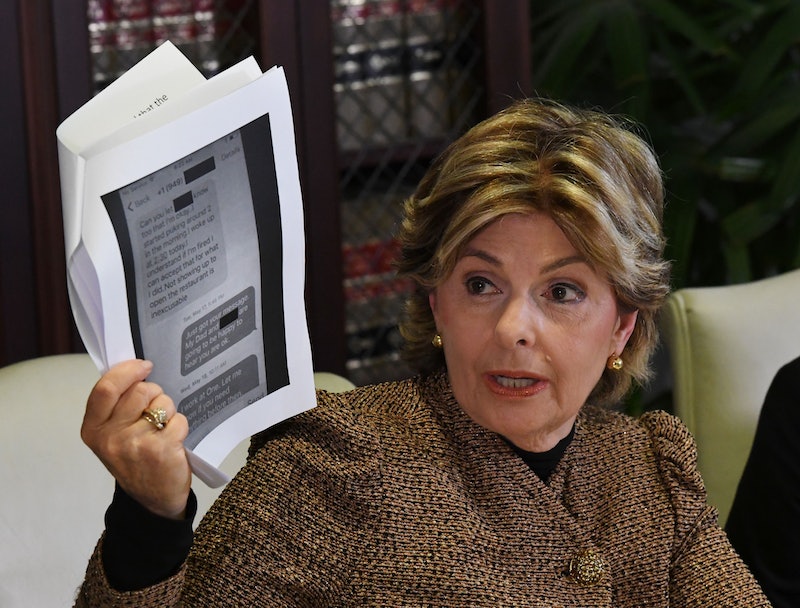 Following the third and final presidential debate between Donald Trump and Hillary Clinton, famed civil rights lawyer Gloria Allred announced another allegation against Trump is coming; she plans on be present when another name is added to the growing list of women who've accused Trump of sexual assault. Trump has denied the allegations that have come against him. The announcement is supposed to come in a press conference scheduled for Thursday morning. Update: Summer Zervos, one of the 15 women who accused Donald Trump of sexual misconduct, is suing Trump for defamation. “All of these liars will be sued after the election is over,” Trump said at an October 2016 rally in response to Zervos and the others who alleged he sexually assaulted them. Trump also issued a statement in October denying Zervos' allegations and saying that he never met her at a hotel, nor did he greet her "inappropriately."

Earlier: Allred, who also represents former Apprentice contestant and Trump accuser Summer Zervos, said in a press release that this new accuser will speak publicly for the first time about her alleged experiences with Trump. Allred also said she will address Trump's statements during the debate, particularly his statement regarding his so-called respect for women and his dismissal of the mounting list of accusations against him.

With the election a mere 19 days away, Allred's client couldn't have picked a more pivotal time to come forward with her accusations.

For many sexual assault survivors, the recent spate of allegations against Trump has been extremely triggering and a consistent reminder not just of the darkest moments in our lives, but that many people still seem to neither believe nor care about what we went through. Trump's accusers began coming forward after tapes of Trump bragging about groping and kissing women without permission were leaked just before the second presidential debate. And it's not hard to see why — with as painful as the endless rhetoric about sexual assault has been for abuse and assault survivors like me, it must be exponentially worse for those whose alleged abuser stated on live television that he's never assaulted anyone.

This election season has been unprecedented in many ways, and the rhetoric surrounding it will be essential in helping Americans finally heal the wounds of so many generations of racial, ethnic, religious and gender oppression. We have never had this loud and this passionate a national conversation about rape and sexual assault, and although it's incredibly necessary, it comes at a painful cost — the peace of mind of at least 14 women who have accused a presidential candidate of assaulting them, and of millions of other people who live with the wounds of sexual assault every day.