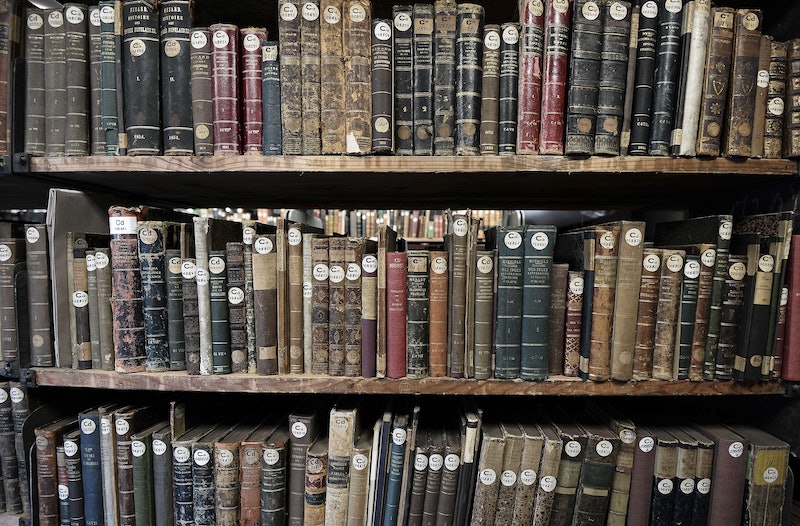 The final debate between Donald Trump and Hillary Clinton is over, and the results are in — at least for some Twitter users, who were so stunned by Trump's seeming ignorance about basically everything that they took to an accidentally created hashtag to poke fun at the Republican candidate. The hashtag #TrumpBookReport shows just how clueless The Donald really seems to be, and how social media users have managed to revel in his occasionally horrific candidacy.

The premise behind #TrumpBookReport is simple: Trump is much like a kid who didn't read the book, but finds himself writing a report on it a few hours before it's due. Based on the title or the plot summary, he writes what he thinks it's about, and ends up completely missing the point.

The hashtag was inadvertently started by Twitter darling and St. Louis alderman and mayoral candidate Antonio French, who tweeted that Trump was like a teen who didn't read the book and had to write a report on The Grapes of Wrath . It soon took on a life of its own after Twitter users began coming up with other hilarious bad summaries written in Trump-speak. These hilarious tweets are examples of the best type of comedy that which exposes an ugly truth that we wish we didn't have to deal with, and will laugh about to keep from crying about.

Below are some of the best #TrumpBookReports, written by some people who really should look into careers as satirical writers.

1. A Tale Of Two Cities By Charles Dickens

Interestingly, Trump has been described more than once as a Dickensian character.

2. The Scarlet Letter By Nathaniel Hawthorne

Not to uphold the puritanical mores of this novel, but if anyone were to have a scarlet letter, it could be Trump.

Trump thinks he's a Valjean, but he's a total Javert.

4. Lord Of The Flies By William Golding

The striking parallels between his supporters and the boys in Lord of the Flies would, of course, be totally over Trump's head.

Trump definitely was aware of the significance of the term "Uncle Tom" when he referred to rapper Lil Jon by the term repeatedly on Celebrity Apprentice.

Rowling herself would likely agree with Trump's praise for He-Who-Must-Not-Be-Named as an allegory for Vladimir Putin.

To be fair, this is about how far I got in my analysis of Wuthering Heights in my high school English classes, but I do love the Kate Bush song of the same name.

8. The Diary Of A Young Girl By Anne Frank

Given Trump supporters' disgusting penchant for antisemitism and the candidate's disdain for prisoners of war, this doesn't seem that unlikely.

9. The Song Of Ice And Fire Series By George R. R. Martin

Trump is probably a Lannister himself, or at least has ties to them.

Luckily, you can now purchase a copy of The Catcher In The Rye as written from the perspective of Trump rather than Holden Caulfield. You know, if you're into that sort of thing.

When literary nerdom and political commentary collide, they produced some of the most hilarious jokes of this election cycle, and make this whole surreal experience feel a bit more like satire and a bit less like a terrifying reality.

More like this
'The Summer I Turned Pretty' Using “Cruel Summer” Has Twitter Begging Taylor Swift To Release A Music Video
By Radhika Menon
For These Abortion Clinic Volunteers, Going TikTok Viral Is A Risk Worth Taking
By Audra Heinrichs
YouTuber Runs Into Margaret Sanger’s Grandson While Filming
By Alexis Morillo
Everything To Know About 'The Undeclared War' Season 2
By Rachel Mantock
Get Even More From Bustle — Sign Up For The Newsletter