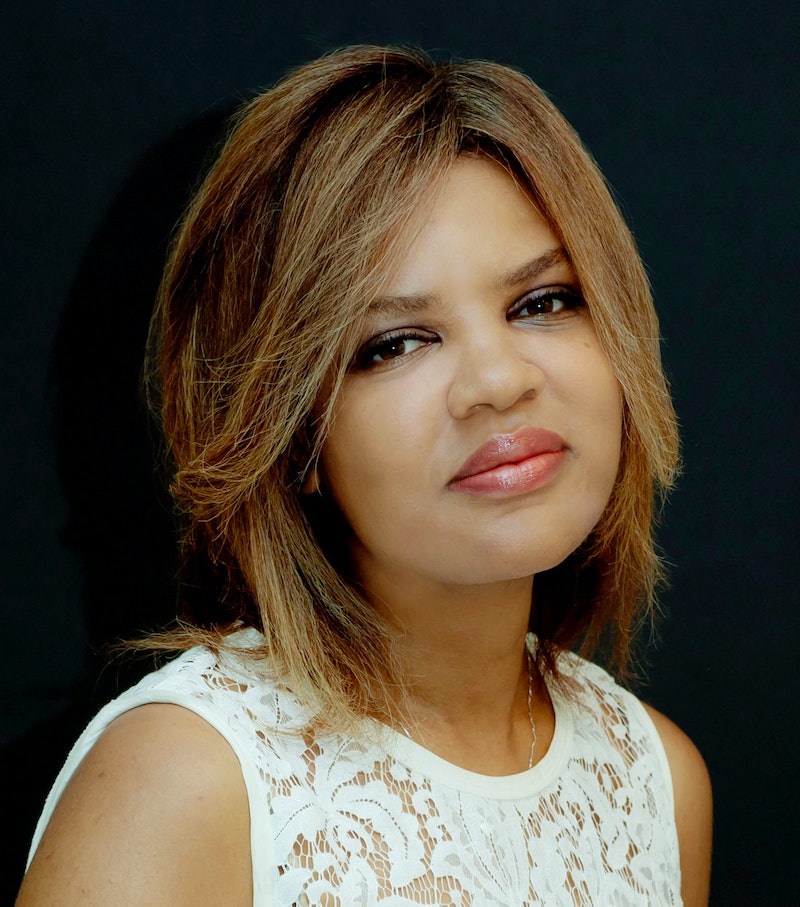 In Dorothy Must Die (HarperCollins), Danielle Paige returns to Oz to a future where Dorothy is an evil tyrant and the beauty and magic of the land has been drained. Her main character Amy Gumm is repeatedly told to trust no one, but for readers, we have to decide whether we trust Paige with our beloved characters.

Amy Gumm — perhaps an homage to the movie Dorothy, Judy Garland's, birth name Frances Ethel Gumm — lives in a trailer park with her absent, pill-addicted mother, until the day a tornado hits. As in the 1939 movie The Wizard of Oz, that tornado sends Amy to Oz, but it's not the technicolor Oz that Dorothy first saw. Oz is now a wasteland, and many of its munchkin and other inhabitants are more likely hiding in their homes than bursting into song. She learns that Dorothy has returned and taken the throne, but she has gotten greedy. She and her right-hand witch Glinda are siphoning the magic from Oz's grounds, keeping it all to themselves.

In this future, we learn how the Scarecrow, Tin Woodsman, and Cowardly Lion are adapting to the Wizard's gifts, and unfortunately, it wasn't a happy ending. The Scarecrow has been obsessed with knowledge, using human and the flying monkeys as his subjects in grotesque experiments. The Tin Woodsman's new heart has warped his love, instead creating an obsessive stalker-type. And the Cowardly Lion is so brave now that he's "kind of 'roidy," as Paige said in a BookNation discussion, and he strikes fear into the hearts of all other woodland creatures, literally eating their fear for breakfast.

On the other hand, the remaining wicked witches are starting a revolution to remove Dorothy from power and bring order back to the land. Glamora, Glinda's Wicked twin sister explains, "Down is up, up is down. Good is Wicked. Wicked is Good. The times are changing. This is what Oz has come to."

The Revolutionary Order of the Wicked brings Amy into their fold and tasks her with one thing: Kill Dorothy. Paige's story has many characters, new and old, and is chock full of mysteries and twists, but the premise is simple. It all comes back to killing Dorothy. And that North Star in the plot really helps tie everything together and avoid readers getting lost in the twists and turns.

Perhaps the most fun element of Dorothy Must Die is to watch your favorite, or most hated, characters appear in new contexts. The Wizard arrives, but his motives are questionable. Ozma, from L. Frank Baum's original story Ozma of Oz and many others in the Oz series, the true Princess of Oz, is there too — at least in spirit. And when the name Mombi first appeared in Dorothy Must Die, I immediately felt a chill come up my spine. I flashed to a scene that had haunted my nightmares as a child.

In Return to Oz, Mombi is the most wicked of the witches, but in Paige's retelling, is wicked good?

This is a question that plagues Amy throughout the novel, where she finds that sometimes doing "Good" leads to bad consequences for others. And in an Oz that mandates happiness, what does Good even mean? Another character asks a similar question of Amy: "What's the difference between a wicked witch and an evil princess?"

Readers won't get all of these answers in Dorothy Must Die, as Paige's tale will become a trilogy, but it is an interesting question to ponder in a world that had seemed so black and white.

And Amy Gumm is a well drawn character that gets to ponder it. The question of wicked versus good can also apply to the complicated relationship she has with her mother — and Amy herself is often reminded of that relationship as she proceeds on her journey. She compares Dorothy's obsessive need for magic to her mother's addictions.

Amy's past experiences with her mother seem to have built her for her experiences in Oz, whether she knows it or not. When she asks her travelling companion, her mother's pet rat Star, what they're going to do now, she answers her own question.

I knew the answer already: what I was going to do was the same thing I'd been doing my whole life. I turned back. Just put one foot in front of the other. Nothing had changed except the color of the road.

Amy's mother borders on a caricature of a terrible mother, except for a saving passage that allows readers to see someone who is not wicked, but maybe just ill, and gives her hope for redemption, as Paige seems invested in weaving Amy's mother into the whole story, allowing the memories of her to kickstart Amy's magic and re-hearing tidbits of her advice from characters in Oz.

When I was twelve, when it all first started, I didn't get it at first. I thought my mom was actually changing for the better. She let me skip school so we could have a pajama day. She took me to the carnival in the middle of the school day. She jumped on the bed. She let us eat pizza for breakfast. But pretty soon she wasn't making breakfast at all, she was forgetting to take me to school, and she wasn't even getting out of her pajamas. Before long, I was the one making breakfast. And lunch. And dinner."

The relationship with her mother also ties into Paige's recurring theme of home. Of course, Dorothy famously once said, "There's no place like home," but Amy rejects that idea. Another member of the Order of the Wicked also notes "There's more than one kind of home," which echoes something Amy's mom says toward the beginning: "You are not where you are from."

Paige's Dorothy Must Die is a fun ride with interesting themes, with loads of surprises and turns — though readers will have to wait for the next installments for resolution. (And it seems the CW agrees, because it's in negotiations to bring the series to TV.) I can't imagine the novel will have much appeal to those not invested in the Oz movies or original Baum stories, because half the fun is seeing how these mainstay characters have been twisted. But for those who remember watching the movie or having the books read to them when they were kids, it's certainly one to pick up.