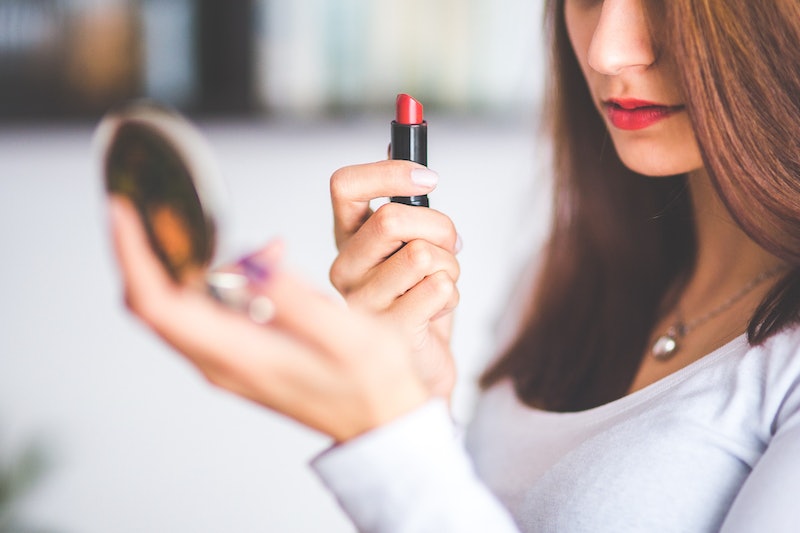 By now, we probably know one of the rules of makeup is to not use anything past its expiration date. But what would actually happen if you use expired makeup? Most of us probably have a product or two that is past its use-by date but we still apply. After all, if it still smells OK and looks OK, why not? But some of the side effects of using expired makeup may not be worth the risk. To find out what some of those side effects are, and which makeup products are the most dangerous to use after they've expired, I emailed with a couple of experts.

Craig-Ryan French, Artistic Beauty Director and global makeup artist for Paul & Joe Beaute, and Dr. Elizabeth Tanzi, founder and director of Capital Laser & Skin Care and Assistant Clinical Professor for the Department of Dermatology at the George Washington University Medical Center, both let me in on what could actually happen if you use makeup past its expiration date. For the most part, you don't have to worry too much. "There are few issues expired makeup will cause, except it probably wouldn't be as fresh or the colors as vibrant," says Dr. Tanzi.

However, because there are still some other reasons to avoid expired makeup, French provides a few signs to look out for. He stresses to discontinue using any products when its texture or scent changes, the emulsion separates, it has been exposed to excessive heat or steam (such as being left in the bathroom or in a car), or when mold or "bloom" appears on the product. Because even if using old makeup may not kill you, it's still not worth potentially getting an infection. Here's what will happen to these six types of makeup when they expire, and what using them could potentially do to you:

Regardless of when lipstick expires, French suggests always disposing of your tube after an infection to prevent reinfection. As far as when it actually expires though, unless it has developed mold, Dr. Tanzi says it is only really likely to become hard and crumbly, and therefore just won't apply as well as it used to.

Because it can come in contact with your eyes, French stresses to always discard mascara after it has been opened for three months. This, he says, will help prevent bacteria from thriving and potentially causing eye irritations or infections. And hey, you only get one pair of eyes, so there's not really a point of putting them in jeopardy for a tube of mascara, right?

If your liquid foundations come in a container where the product can squirt out without you having to dip in a finger or otherwise touch it, that will help it last longer, says French. However, even if your liquid foundation doesn't break down faster due to contamination, it's still not the best idea to use it past its expiration date. As Dr. Tanzi explains, the ingredients in a foundation could separate and increase the risk of germ growth because the preservatives are no longer effective. So if you want to keep your odds of contracting a skin irritation or infection down, don't use liquid foundations after they've expired, or as French previously noted, if they've begun to separate.

Eyeliner, Dr. Tanzi explains, is the same as mascara. Although eyeliner tends to last longer before expiring, it still runs the risk of germ contamination if you use it past its expiration. So you don't develop any sort of eye irritation or infection, it's best to just say goodbye to any old eyeliners.

If you're a blush hoarder, you don't have to worry too much about clearing out your stash every year or two. According to Dr. Tanzi, when powder blush expires, all that really happens is that it will "become hard and have a poor application." Even French admits to using certain powder products past their expiration date as long as they don't have "water, oils, or humectants that provide the preferred moist environment where germs and bacteria tend to thrive." So while you'll want to keep an eye on cream cheek-products for separation, mold, and smell, for the most part, your powder blushes should be fine even after they reach their expiration date.

Same goes for eyeshadow. Similar to powder blush, Dr. Tanzi explains that when powder eyeshadow expires, it is only likely to "become hard and not have as smooth an application." But because shadows are used close to your eyes, just remember to examine them for the warning signs French mentioned so you'll know when to stop using them. After all, it's better to be safe especially when it comes to your eyes.

While some products are more-or-less OK to continue using after they've expired, if you're worried at all about a negative side effect from using old makeup, just stick to this rule of thumb: When in doubt, toss it out.