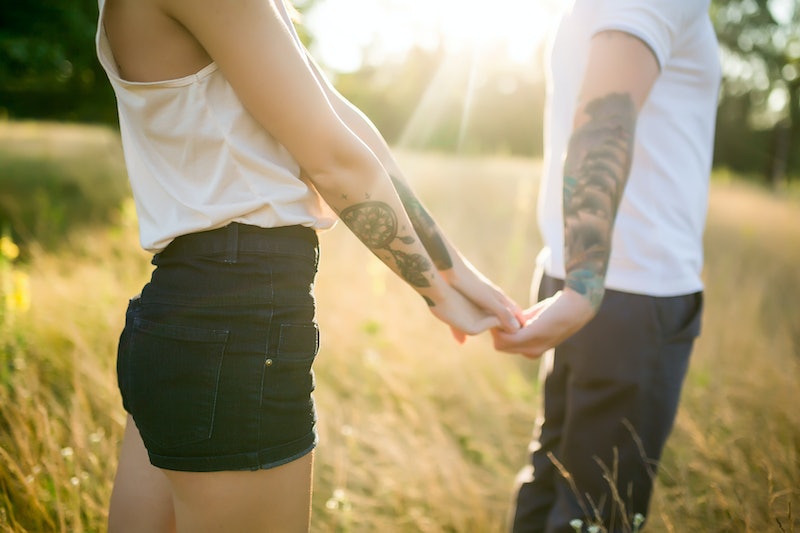 Our childhood affects our relationships in a really profound way, especially when it comes to attachment and security. A recent study in Psychological Science by Robert Waldinger, a psychiatrist at Harvard Medical School, and Marc Schulz, a psychologist at Bryn Mawr College, compiled and analyzed decades of research along with more recent studies for a long-term assessment of how men handle and negotiate their relationships and middle age, as well as "security of attachment" — the idea that we need to be able to form and keep attachments with people who take care of us, because we go through periods of helplessness, like childhood and old age.

This study spans decades in a fascinating way. The original study was done by Harvard at 1938, and there are follow-ups with the same men in the years that followed, into their 80s. The results found that our childhoods affect our relationships for the rest of our lives. No matter what the socioeconomic background, the study found those with warmer childhoods and families were better at navigating relationships later in life — and had a more secure attachment to their partner.

It was surprising to see a connection over such a long period of time. "We had made an educated guess based on theory and previous research that there would be continuity between childhood experiences and the quality of late-life relationships," Schulz tells Bustle. "To our knowledge, no previous study has been able to look at this question because of the challenges related to systematically following individuals over this long a period. Given all that transpires in six or seven decades, we still find it remarkable that there are lawful connections across this long a period."

But as this was a male-dominated study, would the results transfer to women? "Our results are consistent with other shorter-term studies (including some of our own previous work with other samples) that have found links between childhood environments and later relationship functioning," Schulz says. "These studies have included women in their samples. So yes, we would expect similar results for women."

So it looks like it would be the same for women, but it would interesting to see the actual research. But it's not the only surprising thing to predict the quality of a relationship. Here's what else plays a role in lasting relationships.

What you learn in college might just transfer into the school of life, according to a Norwegian study of 18,000 couples. They found that those with less than a four-year education were more likely to break up, so make sure to study hard.

Psychologist John Gottman, the king of predicting marriage success — claiming a 94 percent accuracy rate — says that kindness and generosity are key to the long-term success of a relationship. What's sure to kill you in the long run? Contempt.

You know when you just feel a fluency with each other? When you're constantly saying "Exactly!"? It's a really good sign. A University of Illinois study found that in happy marriages, men had a better understanding of exactly what their wives were saying than strangers, but in unhappy marriages, both the husbands and the strangers were equally good at discerning exactly what their wives meant. So the more you're on the same page, the better.

There are a lot of things that can affect your relationship happiness, so if you had a rough childhood, don't panic. It's not something that dooms you — we all have baggage — but it's nice knowing what about your life might influence our relationship with your partner. So like with anything else, just be aware and use it as an opportunity to grow.