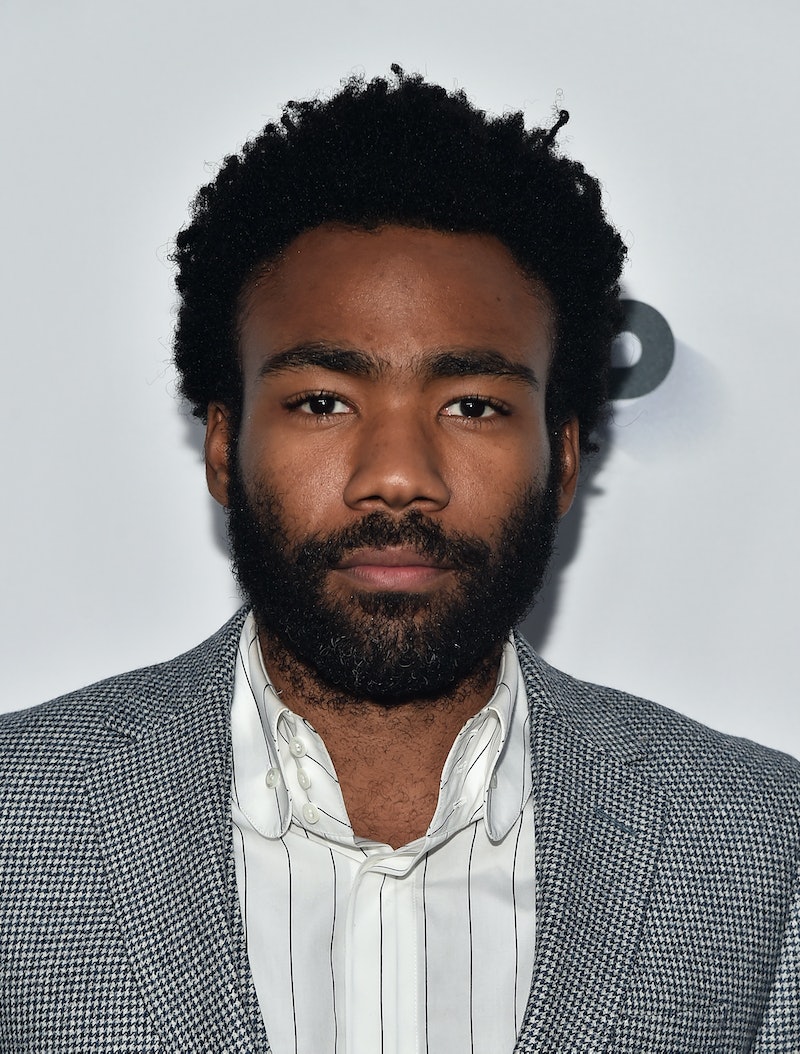 Are you sitting down? Well, sit down. Donald Glover will play Lando Calrissian in the upcoming 2018 Han Solo standalone film. Let's get real for a moment: This is incredibly exciting news. If you haven't already seen all of social media lighting up at the news of this announcement then please, come out from under your rock and join the throngs of people rejoicing on this beautiful Friday. Glover joining the Star Wars universe is equal parts magical and life-changing. If I'm perfectly honest, only Glover could fill the hallowed Lando Calrissian boots, as Billy Dee Williams did before him. Lando Calrissian is a beloved character in the Star Wars canon and the world of sci-fi at large. Arguably, he is one of the few iconic black male heroes in sci-fi. He's a smooth-talking scoundrel, as quick-witted as he is a daring fighter, who was a close ally to his BFF, Han Solo.

But wait, did someone say smooth-talking? A scoundrel who is also as funny as he is charming? That, my friends, is Glover all over. Really though, what's not to love about Glover and, by extension, Lando Calrissian? Better still, when it comes to envisioning Glover in the role, it's safe to say we can look forward to him breathing new life into this fan favorite. Will he be able to fit into the Star Wars universe — a largely action-packed universe, mind you — as easily as he fits into his lo-fi Atlanta surroundings or the meta-quirkiness of Community? I absolutely think so and from the way directors Phil Lord and Chris Miller put it, they feel exactly the same way.

In a joint statement, Lord and Miller made the perfect casting announcement:

We’re so lucky to have an artist as talented as Donald join us. These are big shoes to fill, and an even bigger cape, and this one fits him perfectly, which will save us money on alterations. Also, we’d like to publicly apologize to Donald for ruining Comic-Con for him forever.

While Lord and Miller joke about the environment Glover is about to enter into, there's a big grain of truth to what they are saying. Glover's entrance into the world of Star Wars will be a closely watched entrance indeed. Just like his co-star, Alden Ehrenreich (who plays Han Solo), Glover's life is about to change in a major way. The character of Calrissian is an important one in the Star Wars world, not only because of how utterly cool a character he is, but because of what he represents. This goes double in the context of sci-fi and film. Calrissian is one of the few prominent characters of color in the cinematic Star Wars universe as well as in the film and television sci-fi genre. Before Calrissian, notable sci-fi characters of color included Uhura and Sulu from the original 1964 Star Trek series but, in all honesty, the genre as a whole has grappled with honoring the intersection between sci-fi and characters of color for quite some time. Glover will be saddled with this very significant extra-textual weight when he steps on set.

That said, does anyone legitimately doubt that Glover is not going to absolutely knock his version of Calrissian out of the park? Glover's star power will help to bridge those old-world views on actors of color bending genre lines and the new-world views of those who are eager to bring Calrissian into the modern Star Wars era. Never mind the fact that Glover regularly brings a near-perfect blend of contemplativeness, intelligence, dry wit, and readiness to physically engage into his characters (exhibited in characters like Troy Barnes and Earn Marks), Glover will be able to create a satisfying amalgam of past and future versions of Calrissian to fit the vision standalone Han Solo film.