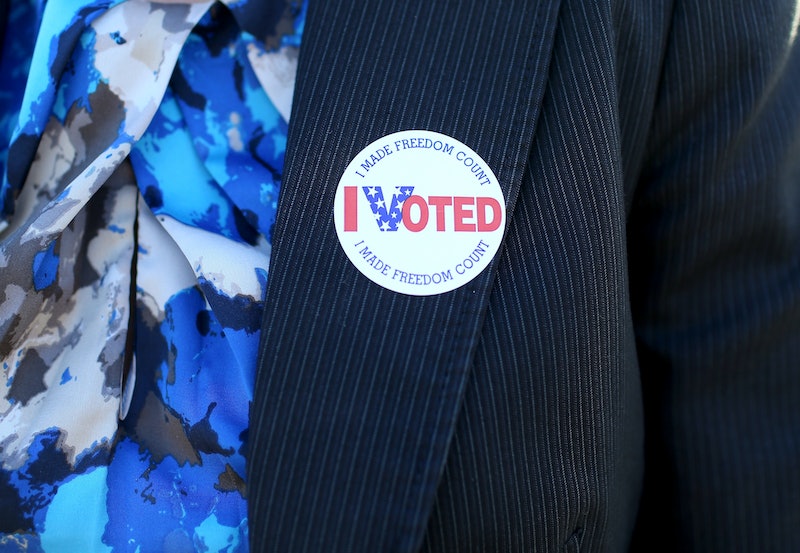 The Electoral College is composed of 538 electors whose votes have the final say on who becomes the president of the United States. The District of Columbia and 48 states (Maine and Nebraska being the exceptions) distribute these votes through a winner-take-all method, meaning that electors' votes are awarded to whichever candidate receives the biggest portion of the popular vote in their respective states. So who gets to be in the Electoral College, and how are these mysterious voters chosen?

Since there is no procedure in the Constitution outlining how electors should be chosen, there is no definite answer as to who gets to be one of the lucky 538 voters to choose our leaders. The process of choosing these representatives also varies by state. However, the majority of the country has adopted the system of nominating electors by holding a vote at each party's convention or committee.

As for the types of people chosen, they tend to be highly active in politics. While the Constitution prohibits current members of Congress from being electors, other kinds of state officials often assume the role as an elector. This includes city council members, mayors, members of each party's state chapter, and members of each party's national committee. Aside from politicians, activists with a high degree of visibility (such as 2012 elector Dolores Huerta) also have good chances of being chosen.

An interesting fact many Americans might not realize is each party nominates their own list of electors, and on Election Day, only the winning candidate's electors are asked to cast their votes in December. For this reason, those who are nominated are typically people who have not only proven to be loyal to the party giving them the nomination, but to the candidate who is running. Hillary Clinton and the DNC, for example, most likely did not include any "Bernie or Busters" in their slate of electors, regardless of how loyal these Bernie supporters might be to the Democratic Party. Taking an elector's loyalty for a specific candidate into account lowers the probability of faithless electors who may vote against their party's, or state's, wishes.

For more specific information on how electors are chosen in a specific state, you can look up the Democratic or Republican (or Green or Libertarian) website for any particular state's chapter and find more detailed instructions on who to contact for more information there.