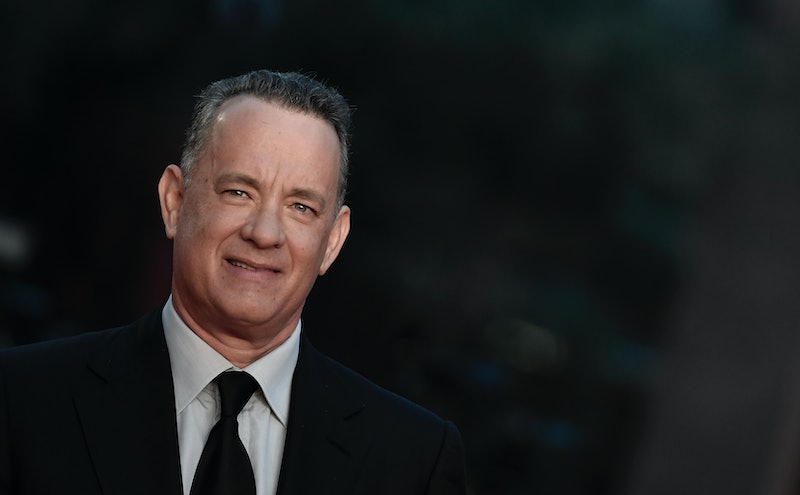 This election season has left a lot to be desired, but Saturday Night Live gave the country one more thing it was missing — Tom Hanks as a debate moderator. As part of his hosting duties for the Oct. 22 show, Hanks played debate moderator Chris Wallace from the final presidential debate on Oct. 19, but he really just reminded everyone of how much the country needs him to bring a little sanity back to American politics.

Hanks' moderator turn was a bittersweet reminder of just how much the country needed someone to break the rules and keep everyone in line during this election cycle. Not only was Hanks' impression of Wallace spot on, but as usual, he brought his own perfect comedic timing and personality to the sketch. However, the highlight of the sketch didn't even have anything to do with Hanks, and was really just a mockery of Donald Trump. Alec Baldwin, recurring his fabulous Trump impression, said the now infamous line "nobody has more respect for women than I do," after which the screen cut to a picture of the entire world laughing at his buffoonery. Basically, the SNL cast and crew need to do post-debate coverage, because nothing helps cut through the frustration like their incredible brand of humor.

Hanks also mocked his own status as "America's Dad" during his monologue a little later on in the show, which is definitely one more reason America needed him as a debate moderator. Some parts of these presidential debates have definitely resembled fights between toddler siblings, so who better to moderate those childish disagreements than Hanks? Honestly, he might even make a better president than either of the two major candidates (#WriteInTomHanks), but it's absolutely unquestionable that he would make an amazing moderator.

Alas, now that the debates are over for this cycle, this wonderful dream of Hanks moderating a debate won't happen this year. However, this election season already blurred the line between entertainment and politics a little too much for comfort, so maybe it's better that they stay as separate as possible. In four years, the United States will hopefully be a little more put together for election cycle, since this cycle almost made everyone lose their minds. However, if the country needs Hanks, he will rise to be the hero the U.S. needs, if not the one it deserves.