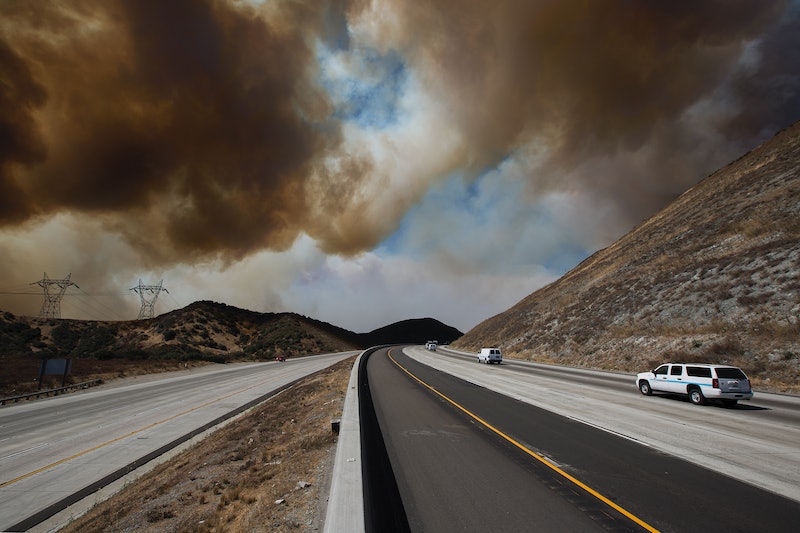 At least 13 people have been reported dead with 30 others injured following a crash involving a tour bus in Desert Hot Springs, California, on Sunday morning. The USA Holiday tour bus collided with the back of a semi-truck on westbound Interstate 10 around 5 a.m. PST, according to The Desert Sun.

Photos from the crash site showed the front end of the tour bus completely crumpled into the truck's back end. Firefighters reportedly enlisted the help of a tow truck to lift the trailer of the semi-truck off the bus' front end in order to reach trapped passengers. All westbound lanes of I-10 have been closed, according to local news broadcaster KTLA. CHP officials have estimated the freeway will likely remain closed until 4 p.m. PST as responders clear the scene.

Initial reports from California Highway Patrol (CHP) claimed three people had been killed in the crash. That number was then bumped to seven. By 9:30 a.m. PST, however, the estimated death toll had risen to at least 11 as firefighters continued to pull passengers from the bus. That number has not yet been confirmed by CHP officials and by Sunday afternoon the Riverside County Coroner's office had reportedly told Reuters 13 people were killed in the crash.

At least 21 tour bus passengers had been transported to three local hospitals with injuries that ranged from critical to minor, the Desert Sun reported CHP officials had said.

While details of where the tour bus was headed or coming from remain unclear at this point, a Desert Sun reporter at the scene of the accident claimed CHP officials had said the bus may have been traveling from Red Earth Casino in Imperial County.

The cause of the crash remains unknown. A quick search of records by the Los Angeles Times found USA Holiday reportedly employs one driver and owns one tour bus. The tour company received a satisfactory rating during its last federal inspection in April, the paper also found.

According to the Desert Sun, Sunday's crash on westbound Interstate 10 in Desert Hot Springs is one of the deadliest vehicular accidents to have happened in the state in recent years. The last being a crash near Orland in April 2014 that left 10 people dead after a FedEx trailer crossed the median and hit a bus of high school students on Interstate 5. The cause of that crash remains unknown.