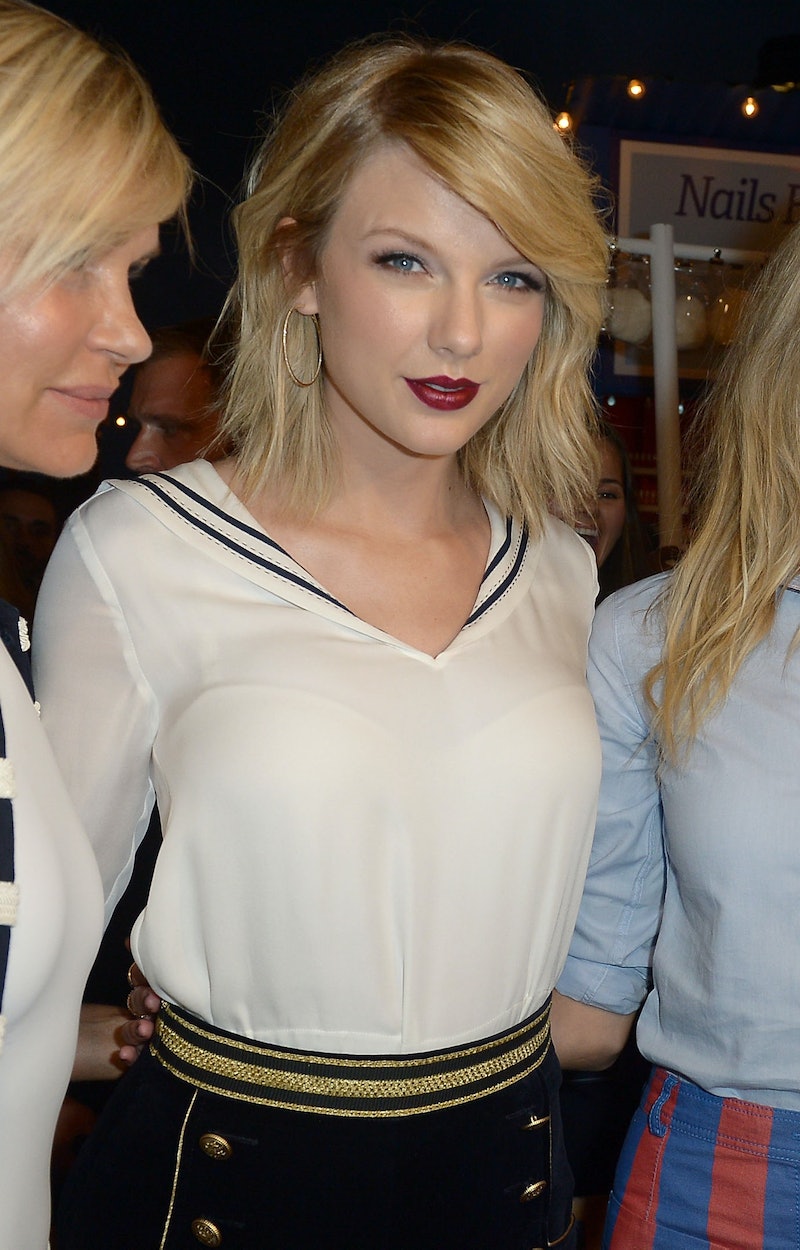 Taylor Swift is a music superstar who has released smash hit albums, performed sold-out concert tours, and has brought joy to fans all over the world. But even as a celebrity who is often in the public eye, she is entitled to her own personal space — and not to have her body violated in any way. Unfortunately, Swift's deposition in her sexual assault lawsuit against a male radio DJ reveals that even a woman with worldwide pop stardom might have to deal with this horrible reality. In deposition papers obtained by Billboard over the weekend, the singer recalled the disturbing details of an alleged groping by the DJ, David Mueller, in 2013. In 2015, Mueller sued Swift, claiming that her allegations were untrue and that because of her claims, he was fired from his job.

According to the July deposition transcript, Swift met the Denver radio DJ backstage after one of her concerts, which is when the alleged assault reportedly took place. "Right as the moment came for us to pose for the photo, he took his hand and put it up my dress and grabbed onto my ass cheek and no matter how much I scooted over it was still there," Swift claimed in the deposition, according to Billboard. "It was completely intentional, I've never been so sure of anything in my life."

Swift was shocked by the alleged events, she said in the deposition. “I remember being frantic, distressed, feeling violated in a way I had never experienced before,” the singer said, according to the transcript. “A meet-and-greet is supposed to be a situation where you’re thanking people for coming, you’re supposed to be welcoming people into your home, which is the arena for that day, and for someone to violate that hospitality in that way, I was completely stunned."

According to Billboard, Mueller alleges that he touched Swift by accident during the photo, and the incident caused him to lose his job. As said, he sued the star for slander — and Swift is counter-suing for assault and battery, reported People. It's awful that Swift could have allegedly experienced an incident like this, and hopefully, justice will be brought during her time in court.

More like this
Taylor Swift Calls Dwayne Johnson "The Man" After Revealing New "Taylor's Version" Song
By Jake Viswanath
Taylor Swift & Her Mom Clap Back Against The “Shake It Off” Plagiarism Lawsuit
By Jake Viswanath
Beyoncé & Madonna’s “Break My Soul” Remix Honors A Group Of Black Icons
By Stephanie Topacio Long
Lauv Is No Stranger To Taylor Swift, Drake, Ed Sheeran, & Fame
By Alyssa Lapid
Get Even More From Bustle — Sign Up For The Newsletter