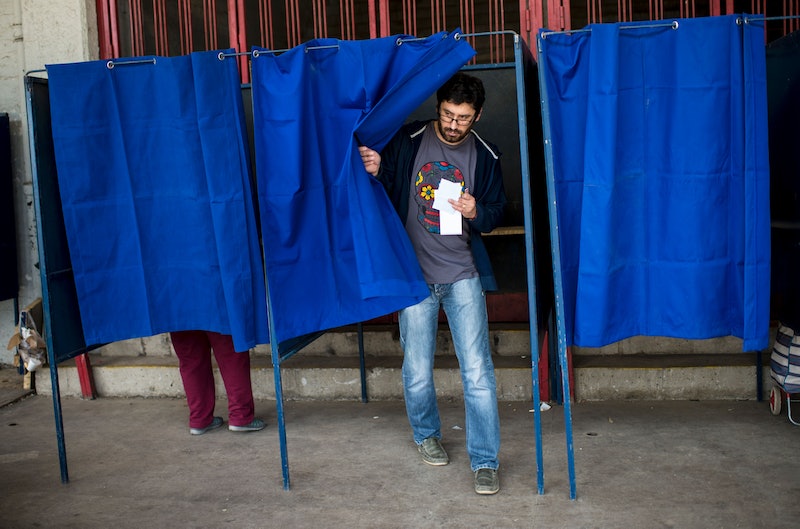 After one of the most unusual presidential campaigns in American history, the 2016 election is starting to look like a foregone conclusion. Hillary Clinton leads Donald Trump by a large enough margin that many poll watchers have stopped asking whether or not she'll win and are instead pondering what her margin of victory will be. This might have you thinking that your vote isn't of much importance, especially if you live in a red state. But make no mistake: Your vote still matters if you're in a red state, for more than one reason.

First and foremost, no matter where you live, the presidential election won't be the only thing on your ballot. There are also Senate, House, gubernatorial, and mayoral contests. There are ballot propositions, elections for city councils and school boards, local bond measures, and more being voted on in November.

This stuff matters! Local elections are hugely consequential in your day to day life, sometimes even moreso than any given presidential contest. For example, control of the Senate has enormous implications for the Supreme Court and the next president's ability to enact their preferred policies. Presidential elections may get all the attention, but down ballot elections are super important as well.

Even if the only thing you care about is the presidential contest, you should still vote even if you're in a red state — because it's becoming less and less clear which states are, in fact, red. Thanks to Trump's uniquely inept presidential campaign, several states that normally vote Republican by a wide margin appear to be on the cusp of voting for Clinton this cycle, which makes every vote in those states much more valuable than they'd normally be.

The most notable example is Arizona. The state has only voted for a Democratic presidential candidate twice post-World War II, but Clinton has slowly been gaining on Trump in the state and is now, per FiveThirtyEight's forecast, very slightly favored to win. There are also signs that Texas is in play for Democrats; although Trump still leads there, the polling is closer than it usually is, and RealClearPolitics ranks it as a toss-up state. There's even a chance Clinton could win Georgia, a red state that may well turn blue within the next decade or so. And let's not forget the unprecedented situation in Utah, which Trump may well end up losing despite it being, in normal circumstances, the most reliably Republican state in the country.

For certain red state voters, there may be even more reasons to punch a ballot in November. Libertarians should definitely cast a ballot — if Gary Johnson receives five percent of the vote nationwide, the Libertarian Party will quality for federal election funds (provided by taxpayers) in the next presidential election. The same goes for the Green Party, though it's admittedly unlikely that Jill Stein will reach the 5 percent threshold.

America may be a country of 320 million people, but in this election, every single vote will count — even in red states.