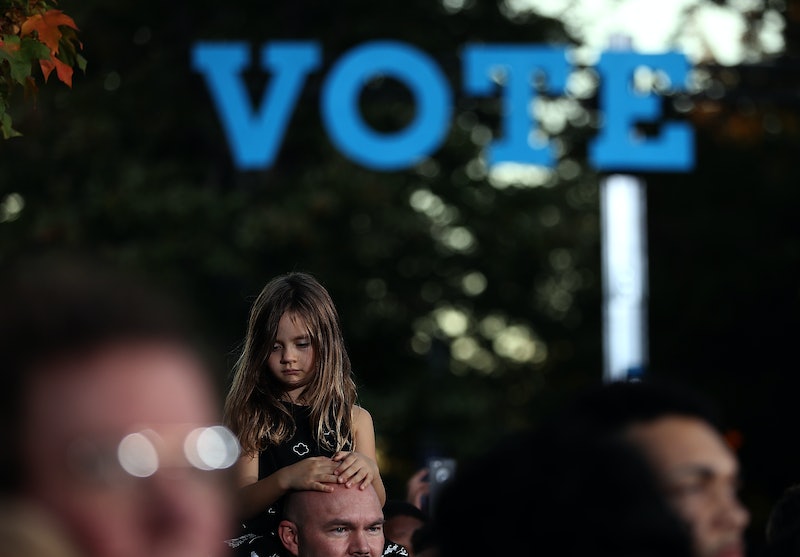 If you've found yourself looking at a lot of electoral maps lately, you may have noticed something unusual about Nebraska: Unlike most states, it can split its electoral votes between more than one candidate. This means it's possible, for example, for Hillary Clinton to win one of Nebraska's electoral votes while Donald Trump takes home the the rest. In other words, Nebraska isn't a winner-take-all state like most of the others.

Nebraska's not alone in this respect — Maine, too, splits its electoral votes, and they're the only two places in the country to do so. Every other state awards all of its electoral votes to the candidate who wins the popular vote in that state.

There are a couple of reasons why Nebraska and Maine instituted this system. It was largely a reaction to the 1968 presidential election, when Alabama Governor George Wallace ran one of the most successful third-party campaigns of the modern era and won five states — the last time a third-party candidate has ever won all of a state's electoral votes.

Some found this outcome concerning, though, and not just because Wallace was a racist. Because every state used a winner-take-all allocation method, a candidate in a three-way race could conceivably walk away with all of a state's electoral votes while winning just a small plurality of the state's popular vote. That's exactly what happened in Arkansas, where Wallace only got 38 percent of the vote but took home all six of its electoral votes. Nebraska and Maine subsequently changed their laws in an attempt to create a slightly more democratic system, where candidates could get an electoral vote even if they only won a single congressional district.

Ever since Nebraska changed its allocation system, state Republicans have attempted no less than 15 times to revert back to the old method. Even though the state is too conservative for Democrats to win the statewide popular vote, it does have one relatively-liberal area that Democrats do have a shot at winning. It's the 2nd congressional district, which includes Omaha, and in fact, Barack Obama did win it in 2008. This gave him one more electoral vote than he would have if Nebraska had used a winner-take-all system. And that explains why Republicans aren't particularly fond of the method.