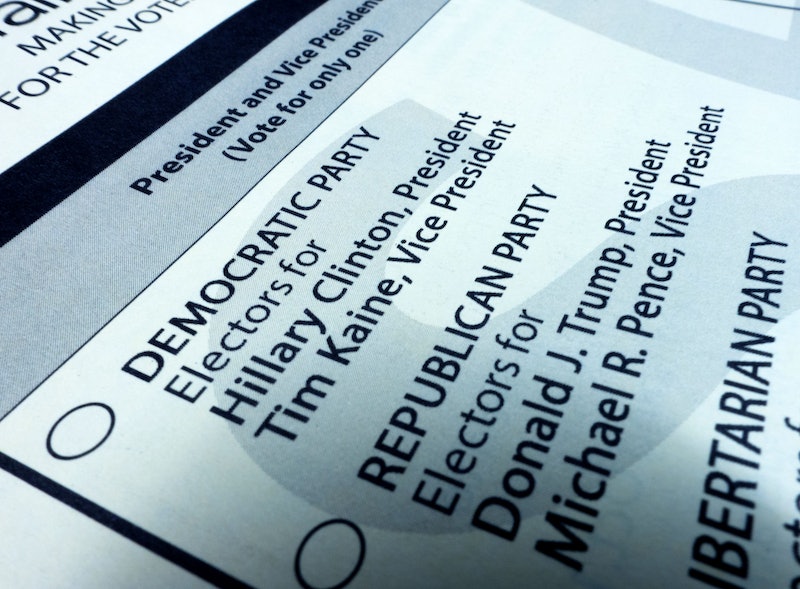 As we get closer to the 2016 presidential elections, many questions tend to arise around the Electoral College. While most people seem to know how the Electoral College works in regards to electoral votes, there seems to be less awareness about how the link is made between the vote you cast on Election Day and the votes electors cast for President. A key component of this process is the Certificate of Ascertainment.

The Certificate of Ascertainment identifies the winning candidates and electors in each state in the United States and lists the number of votes all electors received. The certificate represents a crucial link between the popular vote and votes cast by electors. Technically, on Election Day, U.S. citizens are casting votes for electors who are representative of the Democratic or Republican parties, not the candidates themselves.

Sometimes, just the presidential and vice presidential candidates are listed on the election ballot, so it is easy to forget that your vote is actually determining the election of electors, not directly of the candidates themselves per se. However, sometimes a state's electors are listed alongside a candidate on the ballot (i.e. Hillary Clinton's and Donald Trump's names might have a list of electors' names next to them on some states' ballots); this serves as a way of visually establishing that voters are actually voting for electors and not directly for the candidates.

Following the election on Nov. 8, the Governors of each state will produce seven copies of the Certificate of Ascertainment which confirms the winning candidate and their electors as well as how many votes each elector received in the state. Each Governor is required to sign and affix the state seal to each certificate and send an original certificate along with two copies to the United States Office of the Federal Register. The state then keeps the remaining six original Certificates of Ascertainment.

While the general election takes place on Nov. 8, electors do not actually cast their vote for President until Dec. 19. They do so at a meeting of electors in their designated state, during which they cast their votes for President and Vice President; these votes are recorded on a Certificate of Vote. Following the vote, the original Certificates of Ascertainment are attached to the Certificates of Vote in each state, and are sealed and sent to the President of the U.S. Senate (a.k.a. the Vice President), the Archivist of the United States, the Secretary of State of each state, and the Chief Judge of the Federal District Court of the district in which the electors met in each state. These pairs of certificates must be received by the appropriate offices by Dec. 28, 2016, and the votes are then counted by Congress on Jan. 6, 2017, ahead of the Presidential Inauguration.

Overall, Certificates of Ascertainment, while not commonly discussed, provide a crucial documentation of and linkage to the votes you will cast on Election Day and the votes that will be cast by electors on Dec. 19.