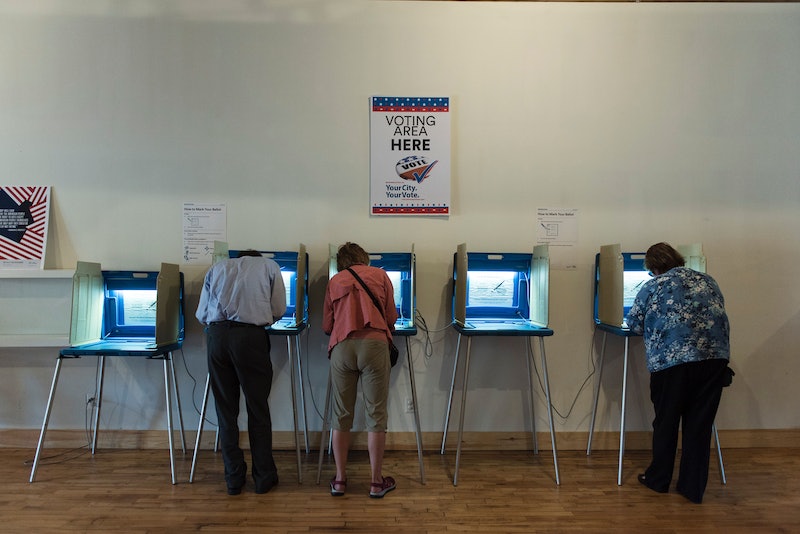 Ah, the Electoral College. An institution whose complexity and flaws re-enters the spotlight every four years as we remember that we're voting for electors at the polls, not directly for president. In an election year in which both major-party candidates are considered historically unappealing to the public — and, in Donald Trump's case, to his own party's officials — we have to wonder whether the electors will even cast their votes based on the popular vote. Those who don't vote according to their state's popular vote are known as "faithless electors." Could faithless electors change the results of the election in 2016? It would be unprecedented, and there are some obstacles in the way of them doing so.

The National Archives and Records Administration reports that 25 states and the District of Columbia have laws mandating electors to vote for their party's candidate. Political parties in some states also require a pledge from electors. Casting an electoral vote faithlessly is a punishable crime in some places; for example, Washington and Oklahoma charge a fine for the act. And in a few states, the law specifies that a faithless elector's vote will be disregarded and he or she will be replaced by a substitute elector who will vote faithfully.

Faithless electors have never affected the result of a presidential election. There have been 157 of them, but 71 of them changed their votes because the candidate to whom they were assigned passed away before the official election. The rest appear to have acted on individual political preference or by mistake, nullifying the votes of the many thousands of people they were expected to represent.

It's pretty rare for electors to defect these days. There have only been 10 of faithless ones since the start of the 20th century. But we could see some such electors in 2016; two Republican electors, one from Georgia and one from Texas — states that don't have laws requiring faithfulness — have suggested they may withhold their electoral votes from Trump should he win in those states. However, it's unclear what would happen if a sufficient number of electors defected to impact the results of the election. It's possible that state parties could choose to switch the vote(s), but that's a gray area legally in states without a law to back up such an action.

An election year so consistently offering up the unexpected, unimagined, and unprecedented really drives home the absurdity of not having a clear, uniform, national requirement in place for electors to vote according to the popular vote, in my opinion. The fact that it's technically possible for faithless electors to change an election's results is one of many flaws in the Electoral College system, and one that we hopefully will not forget about once the election passes.