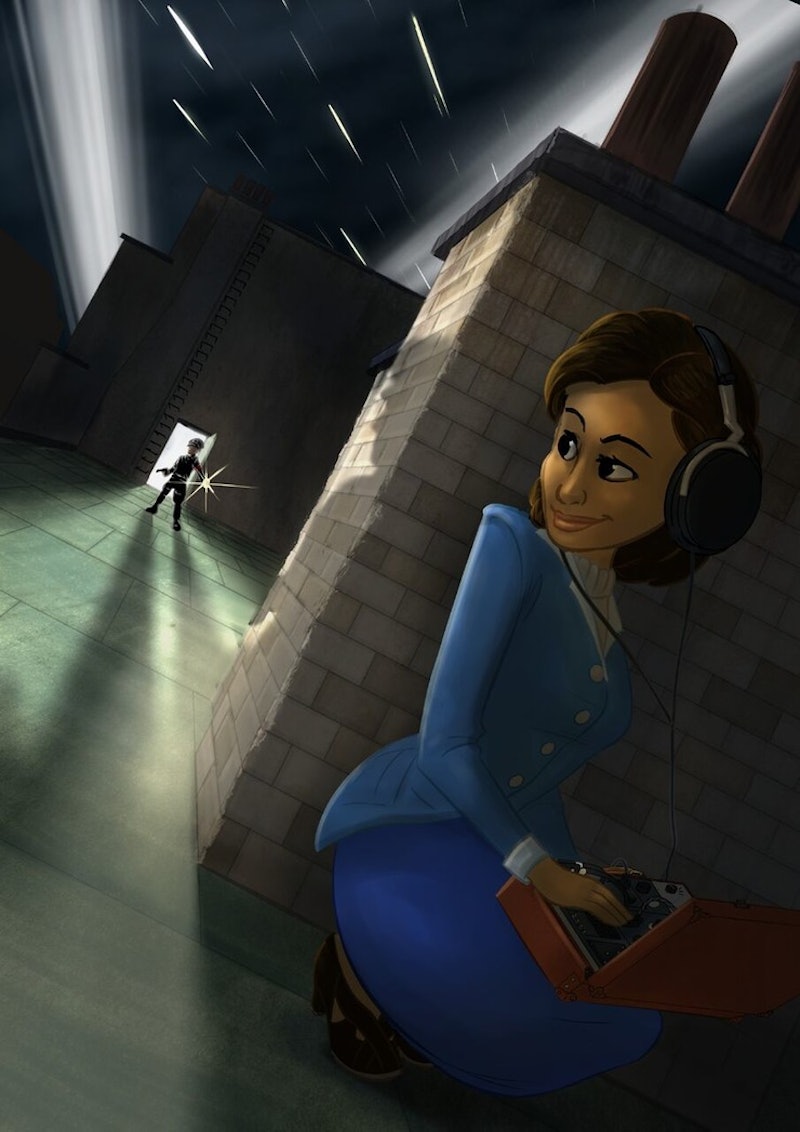 Make way for a new princess in town — actually, scratch that. Make room for 100 new, 'rejected' princesses that'll redefine the royal title and force you to rethink the stories you grew up hearing. In his new book Rejected Princesses: Tales of History's Boldest Heroines, Hellions & Heretics, animator Jason Porath presents a collection of true stories about the 'amazing, awful or offbeat' women that history has forgotten.

Porath, a former DreamWorks animator, began this project as a blog. His mission is to tell the stories of the "women too uncompromising, too untoward, or too uncomfortable to fit the modern princess mold." These women persevered, fought alongside men in some of the world's grittiest wars, discovered the mysteries of the universe, and so much more. Many of these women have been forgotten by history entirely; or, the stories we hear about them aren't the full stories. Porath says: "And when we learn about a true legend — say, Harriet Tubman — we get half the story (and it's usually not the half about her as a plantation-torching Union spy-master)."

Porath's book isn't for the faint of heart, despite its fairytale aesthetic. The stories are rated by maturity level, with icons that signify trigger warnings for rape, abuse, violence, etc. This is a collection that refuses to censor the truth.

Some of the monumental women in Rejected Princesses include:

Sergeant Mariya Oktyabrskaya is one of the toughest women who ever lived. She was the first of several female tank drivers to receive the Hero of the Soviet Union award, which was bestowed posthumously. She died as a result of injuries sustained in battle during World War II.

You've heard of Ida B. Wells, or her name sounds familiar at least. But odds are, your history class didn't teach you about the Ida B. Wells who refused to give up her seat on the train and continually put her life on the line to end lynching in the U.S. She also founded the National Association for the Advancement of Colored People (NAACP). This woman is a true role model who faced some very real, and very scary realities during her life.

Osh-Tisch, a name that translates to "Finds Them and Kills Them", was a woman who was assigned male at birth. While she performed the traditional female duties of the time, she also lived up to her name as she took up arms and went to war.

The amateur astronomer in me has been a big, big fan of Cannon for a long while now — and you may know a bit about her if you've watched Neil deGrasse Tyson's Cosmos. Cannon, a girl who fell in love with the stars came up with the star classification system we still use today. In her lifetime, she cataloged over 350,000 stars (in comparison, the aforementioned genius of her time, Williamina Fleming, cataloged only 10,000).

Khan, a secret agent for Britain during World War II, wasn't exactly the ideal spy material: she was a pacifist (she was a Muslim pacifist, but she believed Nazi Germany needed to be defeated), she didn't love Great Britain (she devoted herself after the war to obtaining India's independence), and she wasn't physically or psychologically suited for the task. Or so they thought. But alas, she kicked ass and relayed important spy traffic for five solid months all by herself. So I guess she was suited to be a spy anyway, right?

More like this
14 Scary Campfire Stories To Tell Your Friends
By Charlotte Ahlin and Kaitlyn Wylde
She Founded American Girl To “Bring History Alive.” Then She Made Over A Town.
By Amanda FitzSimons
Romance Authors Are Mobilizing For Reproductive Rights
By Natalia Perez-Gonzalez
Alan Rickman's Diary Reveals Why He Considered Leaving 'Harry Potter'
By Darshita Goyal
Get Even More From Bustle — Sign Up For The Newsletter