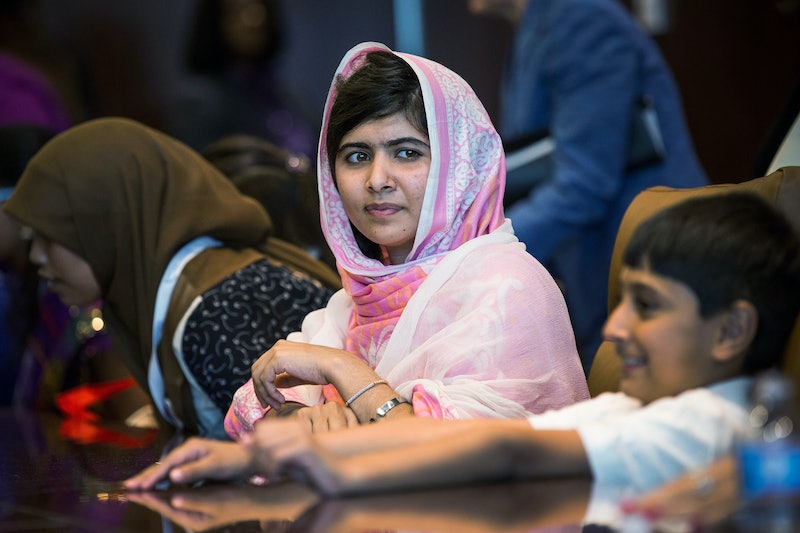 So, looks like everyone found last week's speech by education rights activist Malala Yousafzai moving — including senior members of the Taliban group that tried to kill her.

In a four-page letter reprinted by the Daily Telegraph, senior Taliban leader Adnan Rasheed offers Malala some "brotherly" explanations...and sort of tries to explain why his organization tried to kill her.

“Taliban believe that you were intentionally writing against them and running a smearing campaign to malign their efforts to establish Islamic system in Swat and your writings were provocative,” Rasheed wrote. “When you were attacked it was shocking for me. I wished it would never happened and I had advised you before," he claims.

The Telegraph calls Rasheed one of Pakistan's "most notorious terrorists," who escaped from prison in a jail break last year. Rasheed turns her most widely quoted line ("Let us pick up our books and our pens. They are our most powerful weapons") into an argument about the global devaluation of Islam: "You say a teacher, a pen, and a book can change the world but I ask which teacher, which pen, and which book?"

Malala has spent the past nine months recovering from gun wounds at a hospital in the U.K. Her speech last week marked her first public appearance since the attack. Rasheed ends his letter by urging her to come home, "adopt the Islamic and pushtoon culture," and enroll in "any female madrassa," if she wants to be educated.

As Global Voices reports, Malala is widely praised by the international community, but is a polarizing figure in her home country of Pakistan. Critics of her speech in the country asked why she had not mentioned children killed in drone strikes by Western forces. A loud swath of Pakistani social media users speculated she was being used by Americans as a mouthpiece for their own agenda.