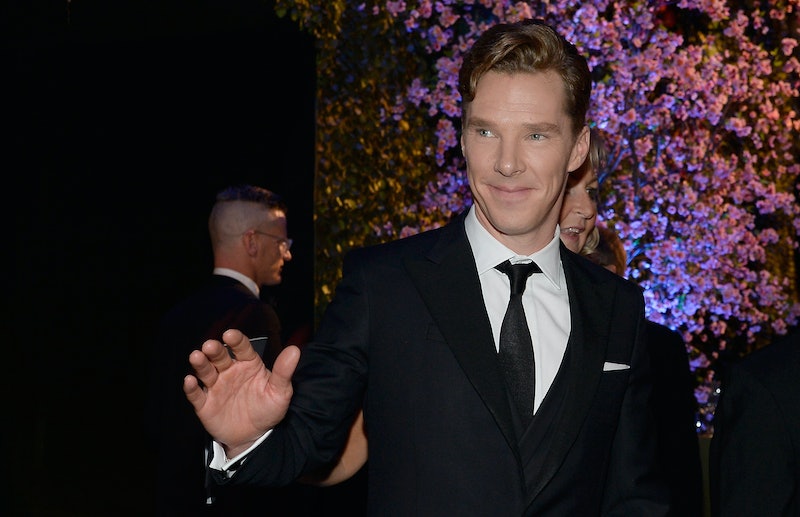 Good news for Sherlock fans! Well, the ones who live in England and have enough money to afford tickets to plays starring huge stars. Benedict Cumberbatch will star in Hamlet at London's Barbican Theater. The actor will have a 12-week run at the theater starting in August 2015. Oh yeah, you fans that love Cumberbatch and live in England and can afford tickets also have to wait a year and a half.

Cumberbatch has previously expressed interest in the play. He told the Daily Telegraph, "I hope to return to the theatre soon, hopefully as Hamlet, as it’s a role I’ve been interested in for a long time... I don't know if there is such a thing as a right age to play the part, but 36 or 37 seems appropriate to me, so I need to do it before too long." That was in 2012. Now, Cumberbatch is 37 and his wish has come true, so you obsessive fans can add clairvoyant to his list of abilities.

Hamlet producer Sonia Friedman said in a statement issued by the theater, "I am thrilled to be producing Hamlet with Lyndsey [Turner, the director] and Benedict and we are delighted that the magnificent Barbican has agreed to present the show." She continued saying that it's "a real privilege to be working with one of the most gifted and exciting actors of his generation."

Cumberbatch's last stage appearance was in Frankenstein in 2011 and he played both the monster and Dr. Frankenstein. This version of the play alternated the roles between two actors, Cumberbatch and Jonny Lee Miller, and was directed by Danny Boyle. This should come in handy when playing the conflicted character of Hamlet. (Any one out there studying comparative lit? Feel free to take my badass Frankenstein/Hamlet comparison. Ah, college! I feel young again!)

If you're interested in getting tickets to see Cumberbatch in Hamlet, you may be able to purchase them long before the play debuts. A press statement from the theater states that more information including ticket purchasing details will be available in May 2014. Mark your calendars now! Seriously, calendars. You'll need both 2014 and 2015 to be able to keep up with this.