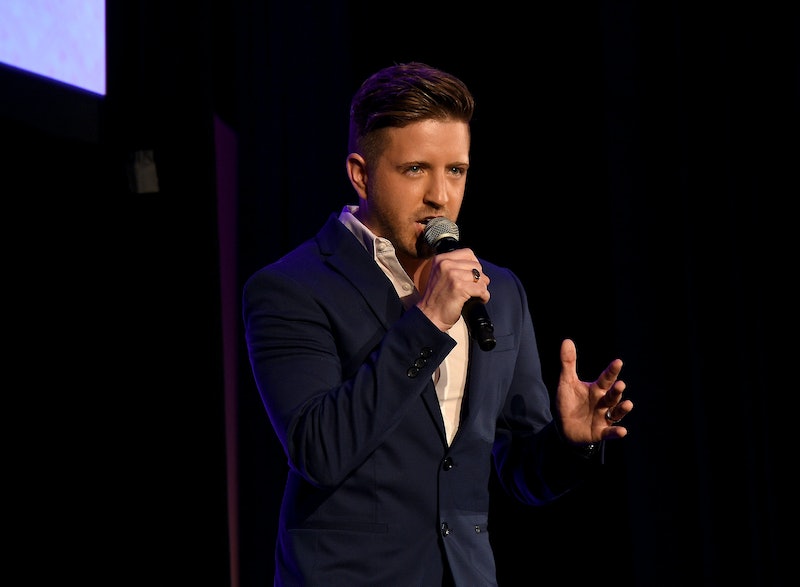 Team Adam Levine had another tough decision to make during Tuesday's knockout round on The Voice between Billy Gilman and Ponciano Seoane. Billy performed a super popular and recent tune "Fight Song" by Rachel Platten. Ponciano came through for his rendition of "I See Fire." After the performances went down, the coaches shared their thoughts and advised Adam on what they would do if they were in his seat.

After struggling to pronounce the name "Ponciano," Adam's friendly rival Blake Shelton said, "Ponciano, you did a great job. That could have been a song that you wrote. It's that believable." Then he remarked, "Having said that, Billy came out here and maybe because I know more of the backstory, I know this guy has so much that he wants to prove and I felt it in your performance, man. It was almost undeniable." That seemed like one vote for Billy right out the gate.

Coach Alicia Keys said, "Ponciano, I really enjoyed your performance. It was very organic and honest. I was lost in your world that you created. And Billy I felt kind of a tentativeness and then there was this like lion that started to come out and I think that came through really clearly."

Miley Cyrus still couldn't believe that Billy Gillman was on this show. She declared, "Growing up I listened to your music so it's really weird that I'm sitting here and there you are on this stage. What I love about this show is that it stays focused really on one thing: It's about the voice. I just think your voice is amazing."

And then Adam finally got to talk about his two teammates. He addressed Ponciano by saying, "This was by far the best I've ever heard you sing." He also said, "I didn't even know you were going to go for it and you killed it." Then he looked at Billy and declared, "Not only do I admire your perseverance, you can emote so well. You can draw people in so easily. What you do: you have a very special gift and I'm just really proud and honored to have you on my team... both of you guys."

I don't even know why he added that last part since it was pretty obvious that he was going to pick Billy, which he did. And I know I'm rooting for Billy from here on out based on his talent and his backstory.