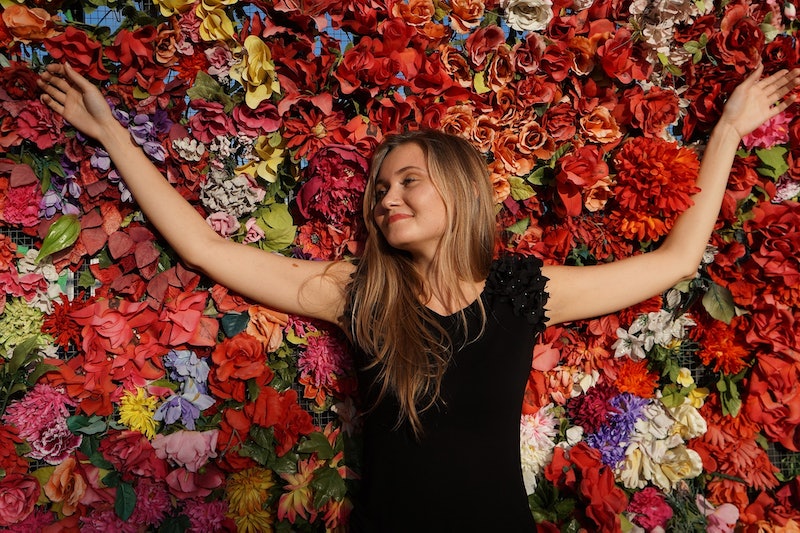 Recently, though, with the help of crowdfunding platforms and social media, women inventors have been coming out of the woodwork with their innovative sex toys and vibrators. Alex Fine and Janet Lieberman recently joined forces to create Dame Products, a company that hopes to change the way women orgasm, while reproductive health expert Stephanie Berman designed a sex toy called the Semenette (now known as the Pop Dildo) that can help same-sex couples conceive. But don't just take our word for it — check out these awesome sex toys invented at women. After all, at the end of the day, nobody knows better than you what feels good for your body, and there’s really only one way to find your ultimate sex toy: trying 'em yourself.

3. A Magic Wand From The Company That Invented The Rabbit

6. A PLUG THAT'LL REALLY HIT ALL THE BEST SPOTS

Metis Black started making hand-poured, high quality silicon toys in the late '90s, and soon after, Tantus was born. While the company has evolved over the years, certain toys - like the Tantus Ryder butt plug - still have the same high-quality craftsmanship and eco-friendly formula that made the company such a success in the first place. This plug has a slight curve from the body to the neck that’s designed to stimulate certain pleasure points, while the between-the-cheeks base can help ensure that once you or your partner inserts this, it’ll stay put. Since this is also hypoallergenic, it’s a great choice for those with sensitive skin, and works best with water-based lubricants.

7. A Multipurpose Toy That Mimics Ejaculation

Founded by Susan Colvin, CalExotics “envisioned helping people find pleasure through creating female-friendly intimate products over 20 years ago in an industry largely dominated by men.” The California Exotic Tiered Silver Bullet is one of the many attachments you can get for the Sterling Collection 7 Function Control, which allows you to entirely personalize your experience with different speeds and designs. It's discrete, easy to clean, and comes with a plug-in jack, so there's no batteries necessary.