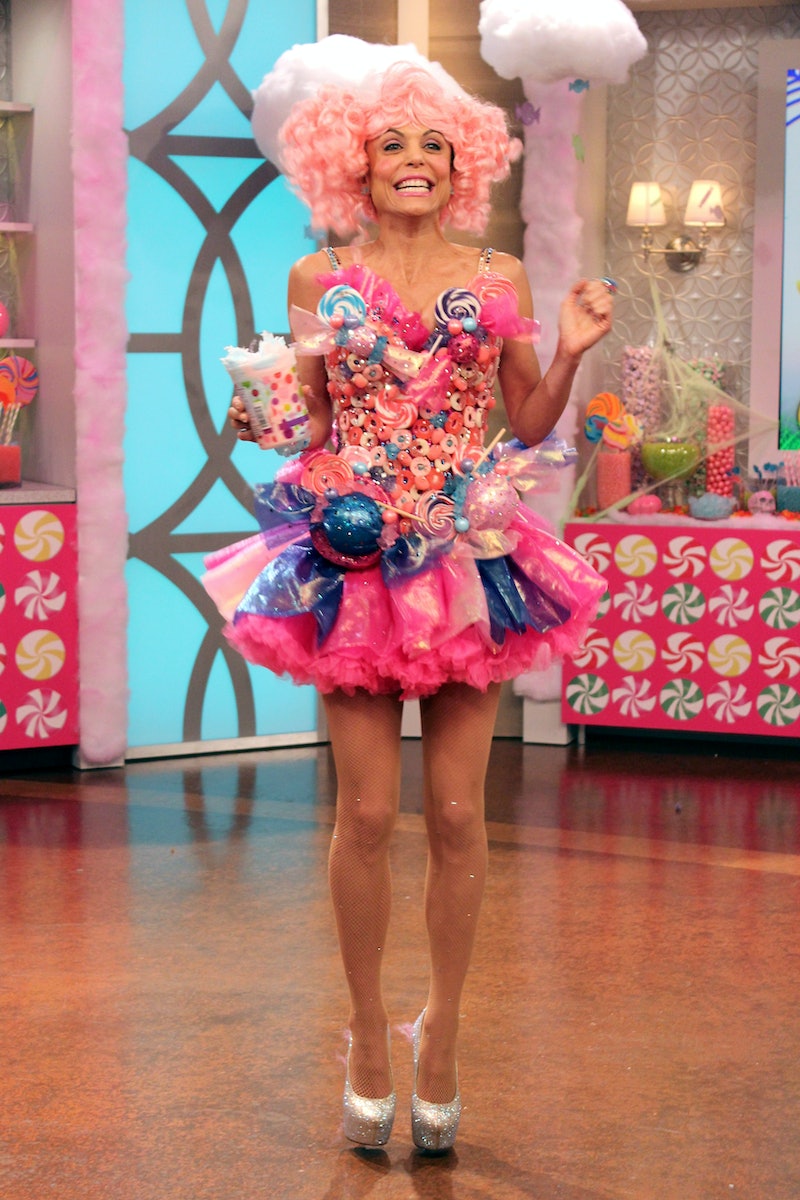 The women on Real Housewives are all about making an entrance. They all have a penchant for being the center of attention and they will do whatever it takes to stand out with the best outfit at every event possible. And the same thing applies to themed events and holidays. After looking at photos from the past few years, it is clear that the women of Real Housewives go all out with their Halloween costumes. That's really not surprising since they all have over-the-top personalities and a pretty high budget to help them slay Halloween.

If #HalloweenGoals is a thing, then the Housewives are the epitome of that. These women are not shopping at party stores or pop-up Halloween shops. They are all wearing custom outfits and getting their hair and makeup done by professionals to complement their looks. So, obviously, it's pretty tough for us normal folk to emulate their costumes, but at the very least fans can admire some of their best outfits from the past few years.

Who is the queen of Halloween? I'll let you decide that for yourself. Check out these photos that prove the Real Housewives do not mess around when it comes to dressing up for Halloween.

It was really hard to recognize Bethenny without her signature dark locks. She really does look like the perfect Marilyn with this costume. I'm just wondering how she can sit down with that bow in the back.

2. Ramona Singer As A Pirate

Ramona looks great in this pirate outfit. She really slayed this Halloween.

3. Melissa Gorga As A Queen

Melissa dressed up as the queen that she is along with her adorable royal family.

It does not surprise me at all that Sonja is into Halloween. She even had cake with her to pull off this historic costume. I love it

Kyle is working it in her skintight skeleton suit, but it's her husband Mauricio who really steals the show here with that makeup.

6. Bethenny Frankel As A Candy Girl

I doubt that Bethenny actually made that costume, but obviously someone did and it looks like it was a lot of work. I just want to know if the costume is made of real candy because that seems like it could be a sticky situation.

It took me a second to recognize Heather. The normally prim and proper Housewife known as "Fancy Pants" looks like such a badass here. I'm living for it.

Joe and Kathy are really giving me some #ThrowbackThursday vibes with their costume selections and Melissa looks timelessly great in her catsuit. Work it, girl. I applaud her for lasting a night in that fabric. Now, that is a lot of effort to make.

9. Vicki Gunvalson As Marilyn Monroe & Jeana Keough As A Pirate

Apparently this was Vicki's first Halloween dressing up, according to her caption, but she really did look cute. Plus, I was happy to see two OG Housewives hanging out.

10. Luann de Lesseps As A Nurse

Luann actually used to be a nurse, so dressing like one isn't a major stretch, but then again this is probably not what she was wearing back in the day.

I don't think that a devil costume is necessarily original, but the family coordination of costumes definitely takes a lot of effort and they managed to look so cute.

Lisa is a dead ringer for the Kardashian family matriarch in this look. So. On. Point.

I'm not 100 percent sure what Sonja is dressing up as in this pic, but she really did dress to the nines with that outfit and wig, so I support it.

14. Caroline Manzo As Alice In Wonderland

Caroline and her husband did the couples costume thing with their Alice in Wonderland inspired Halloween looks.

15. Ramona Singer As A Flapper

Ramona really did it up with this glamorous ensemble and accessories. She looks like she's really from that era!

Thank god for the Instagram caption, otherwise I would have no idea that Kandi Burruss was underneath all that makeup.

Lisa is really killing it in that iconic I Love Lucy look. I wonder if Harry Hamlin went as Ricky that year.

18. Camille Grammer As A Cop

Camille Grammer is definitely not someone to mess with while she's wearing this outfit.

These two definitely have fun with Halloween. And look at that hair! It's so wild seeing Lisa without her signature cut.

20. Bethenny Frankel As A Rollerskater

This costume takes a lot of commitment. I can't skate, let alone drink a Skinnygirl margarita in skates. Props to Bethenny.

21. Meghan Edmonds As A Racoon

People dress up as furry animals every year. It really is a staple of Halloween, but I've never seen anyone dressed as a raccoon before. Meghan's costume was unique and hilarious.

Now that you've seen 21 great costumes from the Housewives, get out there and have fun with your own!