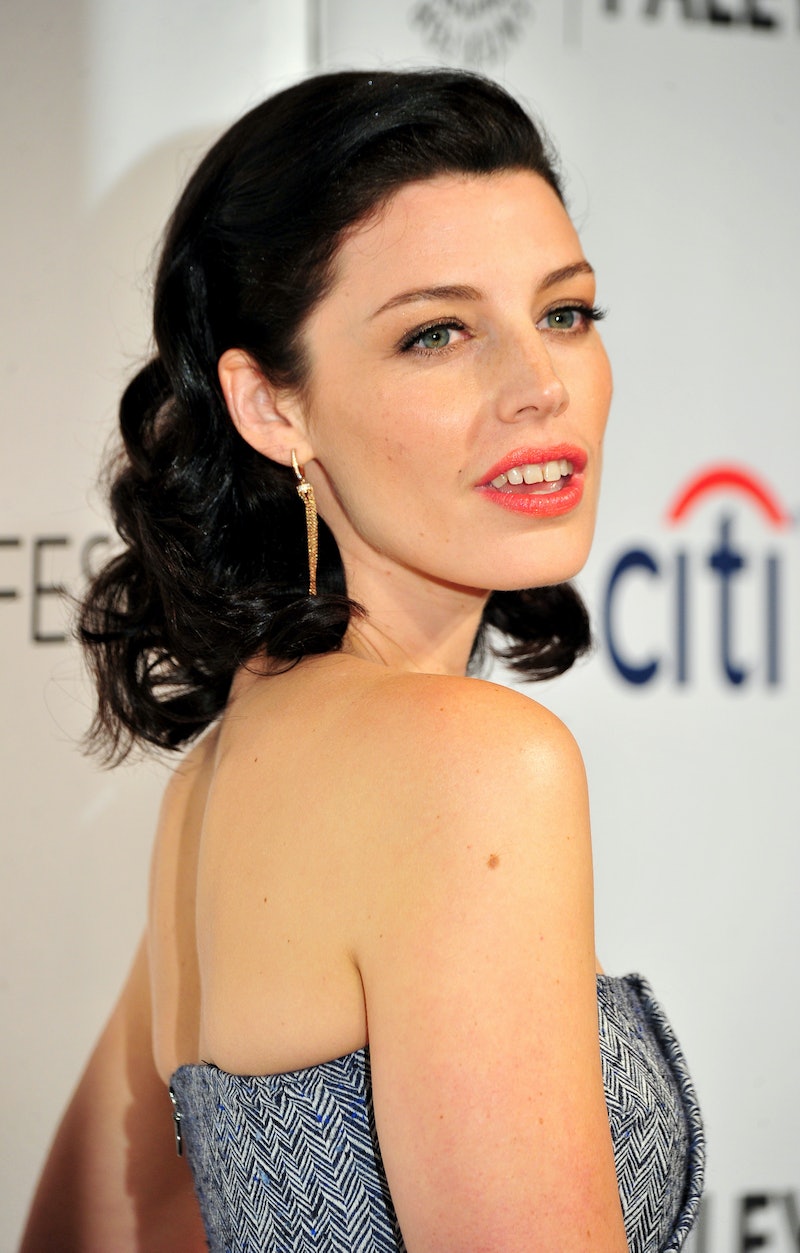 It's a good thing Don Draper decided to marry Megan — yes, like any Mad Men fan I talk about the characters as if they really exist — because not only did we get "Zou Bisou Bisou," the actress who plays Megan, Jessica Paré, didn't get deported. Win-win. Jessica Paré is in the newest issue of Esquire and explains that without Megan, she'd be back in Montreal working in a bar. Note to any Lifetime execs reading this: Make a movie about Jessica Paré's life stat.

Before she landed her role on Mad Men, Paré was on the WB show, Jack & Bobby which only lasted one season in 2004. After this, she knew she needed to land a major gig so that she would have an employer to sponsor her visa. Paré told the magazine, "I really struggled. What was supposed to take three months took nine. I couldn't work or travel, and any momentum that I had gained from Jack & Bobby just dissipated." Of auditioning to be a secretary on Mad Men she said, "I was ready to move back to my parents' place, ready to get a job at my friend's bar back home and just pack it in. I had nothing left to lose. I went into the audition thinking, This is it. If you don't like it, that's fine. Nobody else has."

Obviously, Paré landed the role and what was originally planned as a four-episode story arc, turned into four seasons including the upcoming season seven.

While Paré's story is surely inspirational to any up-and-coming actresses, specifically those in need of visas, the part of Paré's interview that was most resonated with me was about Paré's teeth. The article points out that her teeth, which are imperfect by Hollywood standards, are the first Google suggestion that pops up about her. Paré says of them, "You can't get a lot of shit stuck in these teeth." I've always loved Pare's teeth because they're so normal. This sounds silly, but you don't see a lot of normal teeth, or normal anything for that matter, on television. And now, because of these relatable teeth and thanks to Esquire, I can picture myself making a peanut butter and jelly sandwich while inexplicably wearing lingerie. This is Esquire after all. Did you really think this article wasn't going to be feature sexy photos of nonsensical activities?