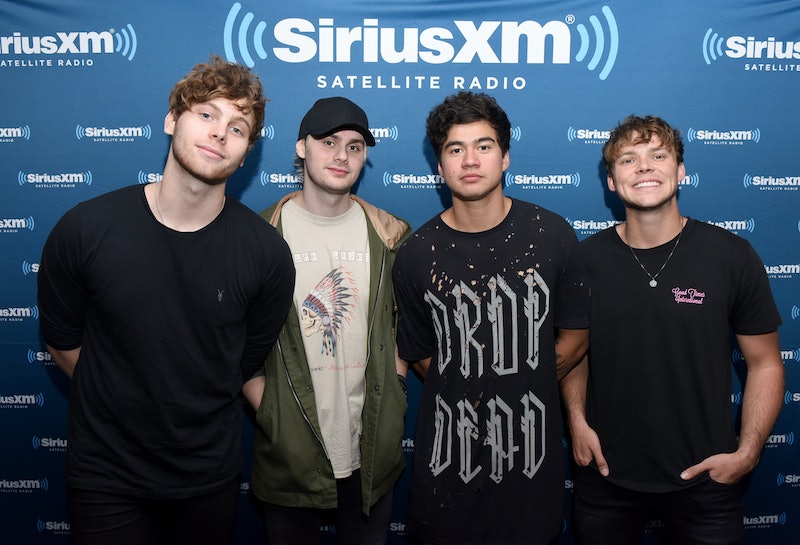 It's a sad day in the 5 Seconds of Summer community: A New Zealand fan named Georgia Buckingham, well-known in the 5SOS fandom for her cheery disposition in the midst of battling leukemia, passed away at 6 a.m. on Oct. 28, read an update on her GiveALittle donation page. 5SOS paid tribute to Buckingham in a meaningful Instagram post shared by bassist Calum Hood.

Sharing their meet and greet photo, Hood honored the fan for her "light and positivity" and sent his thoughts with her friends and family.

"Tragic news to stumble upon. I will forever remember the light and positivity that you exerted when we met," he captioned the photo. "My condolences to Georgia's loved ones."

After it did not look likely that Buckingham was going to make 5SOS' Sydney concert in early October, the band reached out to her via social media and recorded a heartwarming video wishing her strength and hoping she'd be able to attend the show. Movingly, Buckingham was healthy enough to go, and she had the experience of meeting the guys and seeing the band's final show of the tour. That was 24 days ago.

Hood's beautiful tribute to Buckingham is proof that artists don't just touch fans — fans touch artists. And considering just how thrilled she was to have seen the band just several weeks ago, there's no doubt that Buckingham would be incredibly moved if she could see Hood's tribute to her. And, maybe somewhere, she can.