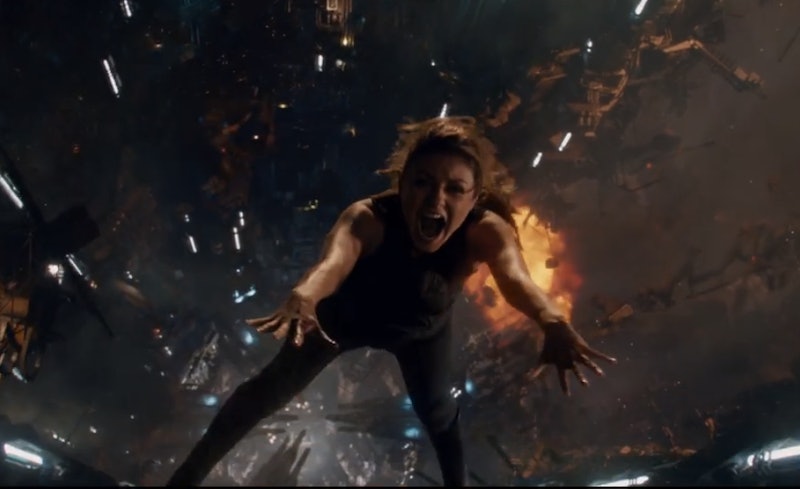 In a world where we are supposed to not giggle at Channing Tatum donning elvish ears and a blonde goatee, the latest Jupiter Ascending trailer exists. The film is the latest original sci-fi venture for Warner Bros.' Andy and Lana Wachowski, starring Channing Tatum as the blonde elf boy, and Mila Kunis as the ordinary gal who finds she is to inherit the earth. The film is a fantastical and epic journey of survival and romance, and in the second trailer released for the film, we get a greater look at the story's antagonist, played by Les Miserables' Eddie Redmayne.

The film is one of several this year to be set in the future. According to IMDB, the movie follows: "Jupiter, born under a night sky, with signs predicting that she was destined for great things. Now grown, Jupiter dreams of the stars but wakes up to the cold reality of a job cleaning toilets and an endless run of bad breaks. Only when Caine, a genetically engineered ex-military hunter, arrives on Earth to track her down does Jupiter begin to glimpse the fate that has been waiting for her all along - her genetic signature marks her as next in line for an extraordinary inheritance that could alter the balance of the cosmos." Delightful.