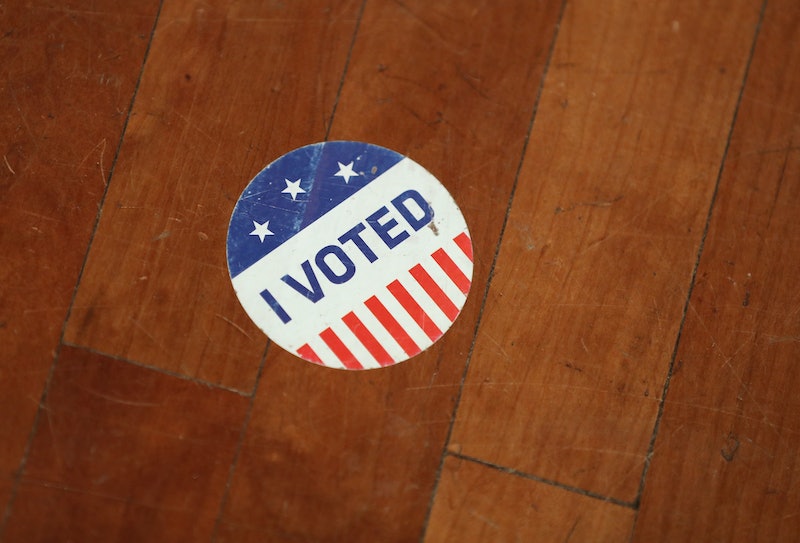 If there's been one word used to describe this election more than any other, it's this: unprecedented. And just like in the run up to the election, where voters saw both candidates rise and fall from strange scandal, the results on Election Day are as equally groundbreaking. Why is that? Well, aside from the winner, the sheer volume of the number of people who voted in the election is unprecedented, marking unusual turnout for an unusual presidential cycle.

As of 3:30 p.m. ET, with the majority of results counted, Hillary Clinton had received more than 59,600,000 votes and Donald Trump had received more than 59,400,000 votes, meaning a grand total of at least 119,000,000 people voted in the 2016 election. Though this number is large, all signs from early voting pointed to a bigger turnout than usual. By the final week of October, more than 22 million people had already cast their ballots in the election. According to the New York Post, 46 million people were expected to vote before Nov. 8. That number far exceeds those who voted early in the 2012 election between President Obama and Mitt Romney.

So why was there such a voter turnout? Some say you can thank the Trump Effect, the idea that the Republican nominee's rhetoric has inspired more people to get out the vote than anything else in recent political history.

Indeed, some of the states that saw the highest surge in voter turnout came from states with larger Latino populations. In Texas, for example, the number of early voters in late October was nearly 43 percent higher than in 2012. The number of registered Latino voters saw spikes all across the country, however, and early predictions suggested that as many as 13.1 million Hispanics would vote nationwide in the election.

Of course, now that we've elected a new president, the real challenge is seeing if the Clinton voters and Trump voters can come together.