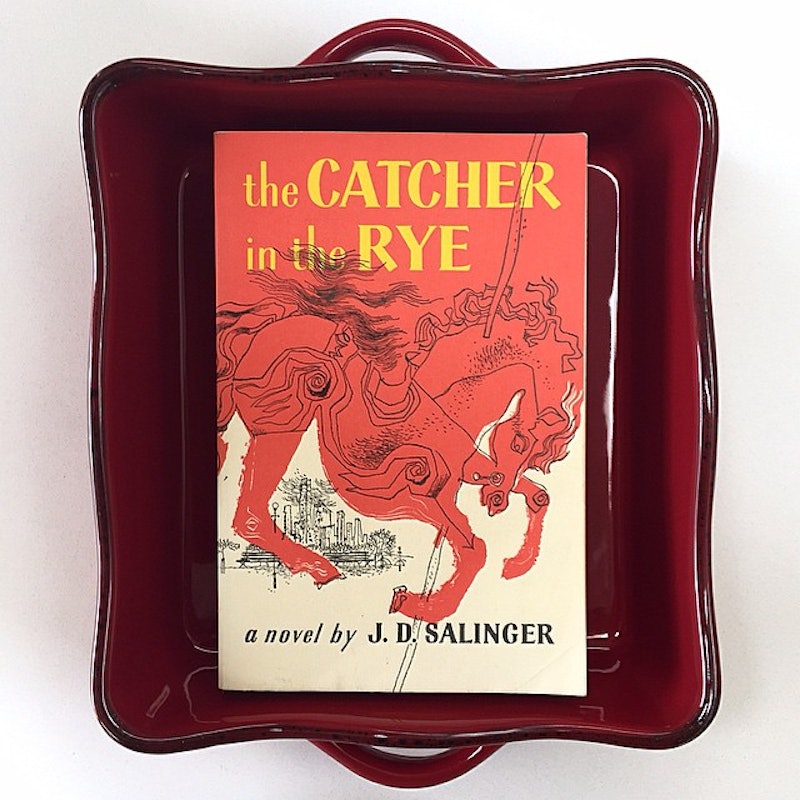 On the one hand, I loved high school English. What could be better for a nerdy, bookish kid than a class devoted to reading and talking about books? I loved the classics. I loved the discussions. I even loved The Catcher in the Rye, because I was one of those annoying 15-year-olds who thought that a distinctive hat was an acceptable stand-in for a personality. But on the other hand... boy, did a lot of those dead male authors hate women. Here are some of the more sexist books we read in school, and what we should have read instead.

Sure, it's tempting to write off a lot of sexist (and racist, and homophobic) literature as "of its time." But that defense can only take you so far. Kate Chopin published her early feminist novel The Awakening in 1899 — the same year that Ernest Hemingway was born, and significantly before he was making a career out of whining about women and cheating on his wives. I do think it can be valuable to read the writing of sexist old men from time to time... but come on. Let's maybe give high school girls a few books by people who don't hate them, just to shake things up.

1. We Read The Catcher in the Rye By J.D. Salinger

Look, I like Holden Caulfield. I've dated plenty of Holdens in my time. But he's not exactly a feminist icon. Holden is unable to relate to women as actual human beings. He objectifies women, either looking down on them as "dumb" or putting them on unrealistic pedestals of innocence and virtue. Salinger probably knew what he was doing, but he still doesn't provide us with any fully fleshed-out female characters to give their own opinions.

We Should Have Read The Bell Jar By Sylvia Plath

If you're looking for a disaffected teen dealing with depression, try stepping into Esther Greenwood's mind. She's just as smart and snarky as Holden, but her mental breakdown is far more drastic. Esther pushes back against the intensely gendered world of the 1950s as she struggles to survive (and some of the sexism she faces is shockingly relevant today).

2. We Read Lolita By Vladimir Nabokov

Oy. Do I even have to explain this one? I understand that Nabokov himself (hopefully) doesn't condone Humbert Humbert's actions, and it's possible to find a feminist reading in the novel if you think about it as the portrait of a predator... but still. There's an awful lot of romanticizing pedophilia going on here. No thanks.

We Should Have Read Reading Lolita In Tehran By Azar Nafisi

Reading Lolita In Tehran complicates Lolita and other Western classics. It looks at these books through the lens of female students who meet to read in secret, layering the fictional characters with their own reality. This memoir of exploring forbidden literature in fundamentalist-controlled Tehran centers the experience of young girls far more than Nabokov ever did.

If you thought that the "manic pixie dream girl" was a recent invention, you should reread 1984. Orwell might be a great writer when it comes to social commentary, but Julia is a pretty flimsy character. She exists to make our protagonist feel things. And I mean... who's really going to fall for Winston? Winston is the worst.

We Should Have Read The Handmaid's Tale By Margaret Atwood

Women fare even worse in Margaret Atwood's future dystopia than in Orwell's, but the female characters are far better-written. The society of The Handmaid's Tale has stripped women of their rights — they are all now considered male property. Atwood's horrifying, satirical novel critiques modern sexism by taking it to the totalitarian extreme.

4. We Read The Sun Also Rises By Ernest Hemingway

Oh, Hemingway. He really did not like women very much (or rather, he liked women too much, but in a gross way). Lady Brett Ashley is another female character who exists only in relationship to the male characters. The protagonist Jake struggles with reclaiming his masculinity after a traumatic war experience, while Brett flits around symbolizing different things to different men as needed.

We Should Have Read Orlando By Virginia Woolf

Talk about reclaiming your masculinity after a war... Virginia Woolf's Orlando falls asleep during a riot and awakens to discover that he has become a woman. He/she is also immortal. Don't worry about it. But do read Woolf's strange, playful take on the fluidity of masculinity, femininity, and sexuality through the centuries. Let's just say she has a more nuanced understanding of gender than Ernest Hemingway.

5. We Read The Scarlet Letter By Nathaniel Hawthorne

Or, at least, we tried to read it. The Scarlet Letter is infamous for boring high school students to tears, but it really should be infamous for Nathaniel Hawthorne's patronizing tone every time he mentions how tender yet strong Hester is. We're supposed to admire her "stand by your man" attitude. But honestly, Hester, honey, you need to chuck that drip Dimmesdale and get on with your life.

The God of Small Things is a very, very different take on social mores and what it means to be an outsider. In the state of Kerala, in Southern India, a woman has fled an abusive marriage with her twin children, and found new love. But, of course, there are firm laws in place about who should love who, and how, and how much... and every character will find themselves breaking the most sacred of unwritten rules.