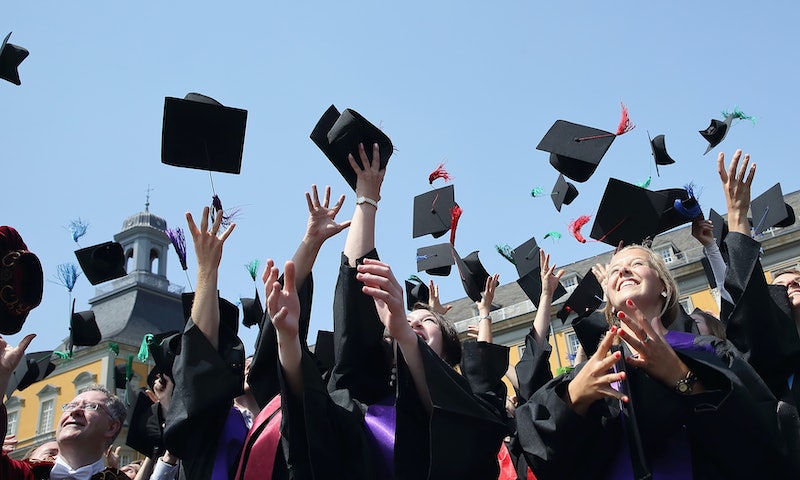 It’s often said that a college degree is to today's generation what the high school degree was to previous generations, and in a lot of cases that's the truth. But are there cases where going to college is literally a waste of time and money? Apparently, yes.

The Atlantic is detailing some new research on which schools and majors have the lowest 20-year net returns — or, in layman’s terms, the cases in which not going to college is substantially more economically valuable than paying for and graduating from college. The cases in which going to college is a waste of money and time. The data comes from the self-reported earnings of graduates of hundreds of colleges across the country

Here’s the list of schools where the 20-year net return is worse than negative $30,000:

And here’s the list of majors with the lowest 20-year net return along with the schools they come from:

To put it in perspective, the self-report earnings of art majors from Murray State University are so low that after 20 years, high school graduates who didn’t go to college will have out-earned them by almost $200,000. That’s a lot of cash. Ouch.

The Atlantic notes that these results don't necessarily provide hard and fast rules to live by; the fact that the data comes from self-reported income makes it a little suspect, because humans have a tendency to build themselves up a little more than is strictly accurate. Furthermore, PayScale calculated the next 20 years in earnings by inferring from the previous 20 years — and as we all know, a lot can change in 20 years, from whatever the “most coveted major” is to what the economy is like. Used as guidelines, though, the results do seem to indicate that you’d be better off not blowing boatloads of money on these kinds of degrees from these institutions.

Although I’ll be honest: I think rankings like these are mostly useless. I didn’t go to any of the schools on the list, but I did major in arts and humanities — and I studied theatre and English to boot, which usually rank pretty highly on all those “Most Useless Degrees” lists. Sure, I’m not making six figures — but I’m doing fine, I can pay my bills, and perhaps most importantly, I like my job (well, jobs). I learned skills in both fields that have stood me in very good stead, from the practicalities of management to how to think creatively; and from a non-economic point of view, I don’t for one second regret studying what I did at the schools I attended. College is about more than what you’ll make further down the line, and you get out of it what you put in — whether that’s expanding your horizons or enriching your mind. Education can be difficult to quantify, and economic success isn’t necessarily the same thing as happiness or fulfillment.

Maybe that’s just me, though. If you’re curious about which schools generally produce the graduates with the highest-earning paychecks, The Atlantic has info on that end of the spectrum as well.

More like this
How To Support Gun Control Reform Right Now
By Morgan Brinlee and Carolyn Steber
5 Crystals To Manifest More Money
By Megan McCarty
What Is Barack Obama’s Net Worth? He Makes *Way* More Now As An Ex-President
By Hugh McIntyre
How To Protect Your Digital Privacy If You Need An Abortion Post Roe v. Wade
By Kaitlyn Wylde
Get Even More From Bustle — Sign Up For The Newsletter