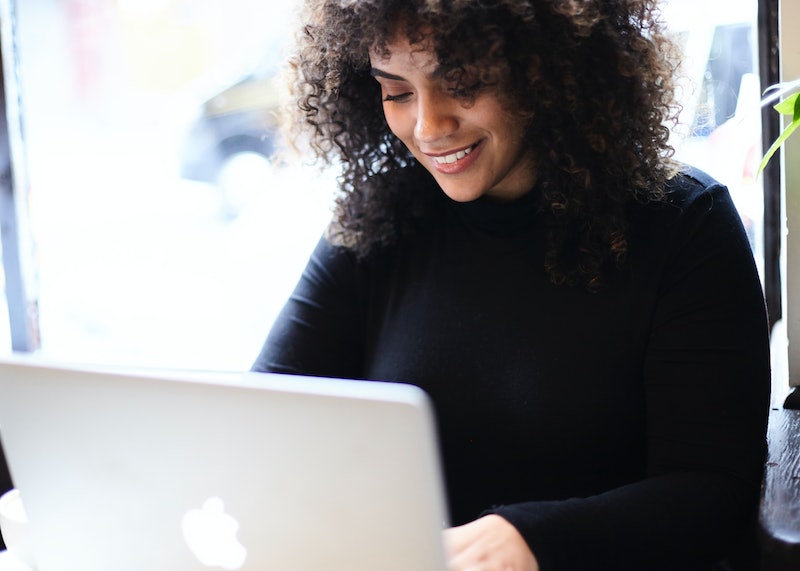 In a world where excessive digital consumption is often blamed for both many of society's ills and the collective failings of Millennials, positive social media stories truly brighten my day. I mean, today's news that Facebook might make you live longer had me positively beaming from ear to ear. The secret elixir for a long and happy life, it turns out, has been staring me quite literally in the face for the past few years — via my computer screen. "Excellent," I thought; long may I continue to stalk my ex and peruse the holiday photos of people I went to college with. It's good for me, right?

Then I read the study in detail and discovered that actually, the long-term benefits of Facebook are all dependent on how you use the social networking site. The study found that those who received friendship requests benefitted from a longer life span, and people with large or average social networks lived longer than those who had a very small number of connections. However, sending friendship requests was not seen to positively impact life span in the same way.

“We find that people with more friends online are less likely to die than their disconnected counterparts,” reads the paper, according to the New York Times. “This evidence contradicts assertions that social media have had a net-negative impact on health.”

These results can be interpreted in several ways, but the New York Times reports the paper itself —which was published in the journal PNAS on Monday and was based on over 12 million social media profiles made available by Facebook, as well as health records in the state of California — asserts that there are “many limitations" to the research. Firstly, the study authors note that their findings represent a correlative relationship as opposed to a causal one, which means that there's no evidence that using Facebook has any direct effect on a person’s health. (Remember that whole "correlation is not causation" rule from your high school science classes? That's what we've got going on here.) There's also the fact that Facebook was heavily involved in the research production to consider, with the Times reporting that two researchers had professional ties to the social media network.

Despite this though, the research does go some way in suggesting that having a large circle of worthwhile connections IRL translates to a happier online life, too (or perhaps it's vice versa). Cyber-sleuthing someone you don't really know to compare your life to theirs? Yeah, that probably won't help you live to 100 years of age. But receiving a friend request from someone interesting might, as it means that you're expanding your network and becoming more social in both the digital and real life spheres, and it's long been known that staying social can help you live a happier, healthier life.

This research contradicts several other studies in relation to Facebook and our socializing habits; earlier this year, research from British scientist Robert Dunbar suggested that we're only really connected with around 200 of our online friends. Dunbar's study also brought up the fact that most of our Facebook connections aren't really friends at all — just acquaintances that we don't actually speak to on a regular basis. What's more, another study led by researchers from the University of Houston, found what many of us have long suspected after binging on social: That the more time we spend on Facebook, the stronger the depressive symptoms we can experience.

Then again, there's so much contradictory information out there when it comes to social media usage, not least because we all use these network for different purposes; after all, no two users are completely identical. "If one person uses Facebook only to accept party invites and the other uses it to obsessively comb through pictures of exes, you’d imagine the site having different effects on these two individuals," states Jesse Singal at Science Of Us in response to a 2015 study tracking Faebook usage and happiness — which makes perfect sense to me.

None of this research can conclude with certainty whether or not Facebook is really good or bad for our mental well-being, or if it either facilitates our social interactions offline or, conversely, stunts their growth. A doctoral student at the University of California, San Diego who was involved with the most recent study reminded us that further research is required: “It’s good to have a long track record of finding these relationships again and again before we start giving recommendations," said study co-author William Hobbs.

Does no conclusive recommendations for changing our Facebook habits right now means we can keep on scrolling? Because that's exactly what I'm going to do.

More like this
Are Gemini & Scorpio Compatible In A Relationship?
By Kristine Fellizar
The Case For A Hard Launch Summer
By Morgan Sullivan
What Is “Night Luxe?” Breaking Down TikTok’s New Aesthetic
By Courtney Young
TikTok Is Using A ‘Love Island’ Sound To Expose Their Weird Crushes
By Courtney Young
Get Even More From Bustle — Sign Up For The Newsletter