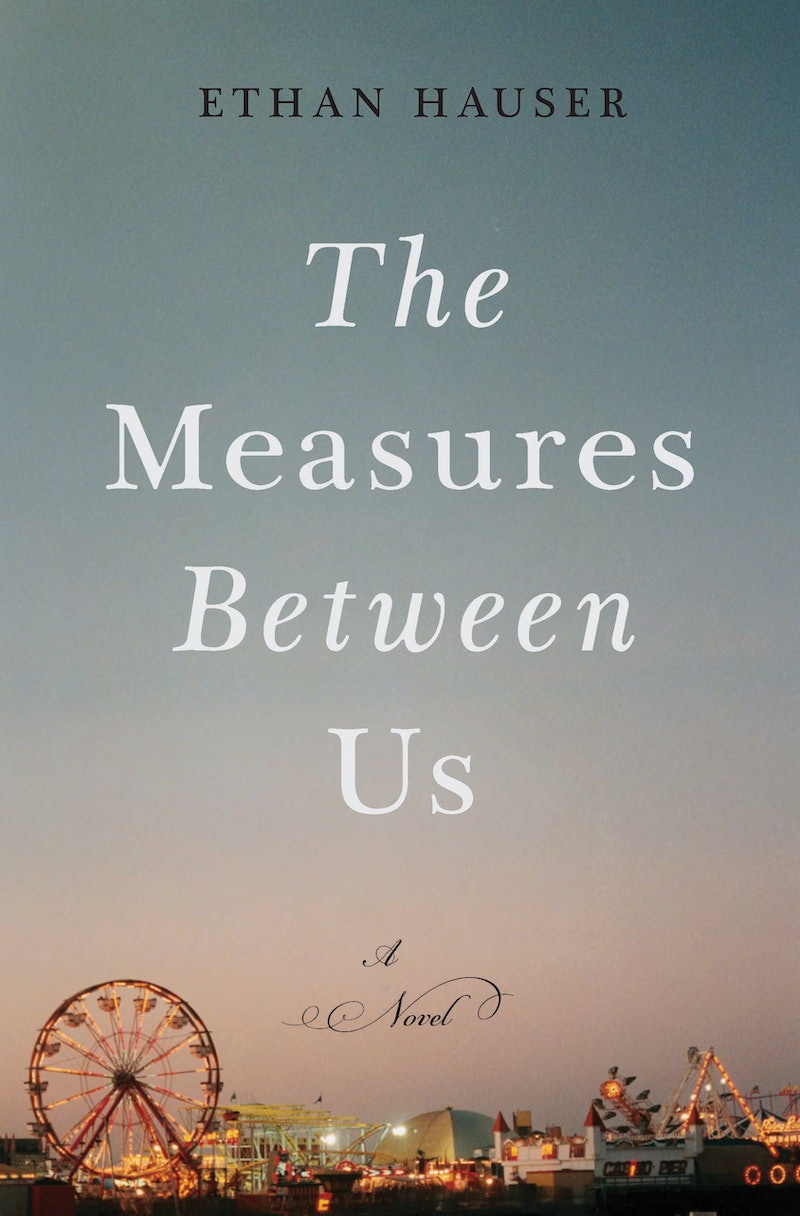 The moment my eyes focused in on the word “marathon” in Ethan Hauser’s Boston-based The Measures Between Us (Bloomsbury), I shifted in my seat. Though Hauser’s debut novel has just hit shelves, it was written before the tragic — and still mind-numbing — event that unfolded at this year’s Boston Marathon, so the topic of the April bombing wasn’t mentioned or alluded to at all. But from it I was able to glean just how special Patriots’ Day is to local Massachusetts families.

The marathon is one of the many threads that connects several suburban Boston residents in The Measures Between Us; everyone attends, or talks of attending, or makes a point of not attending. Individuals come together at the marathon to celebrate as one, making the day and the event a staple of the fiercely competitive yet uncommonly close-knit Boston community. Hauser perfectly depicts the quirky nuances of a city whose residents measure the passage of time in the facial hair decisions of beloved Red Sox players. (To wit: “It was the era of Luis Tiant and his handlebar mustache.”)

Another unifying feature that runs throughout the novel is the unprecedented rainfall and subsequent floods that inundate the area, bringing locals together in both literal and metaphorical ways. Jack, an intern at the flood study lab in the basement of the university, is fascinated by the interlocking stories of the people whose homes are along the bank of the 20-mile stretch of river. In the lab stands a scale model of the river, complete with model houses and barns, all meticulously designed by set builders from the film school. But what draws Jack in most are the recorded interviews he transcribes as part of his internship, the interviews with the real people who live in the real homes along the river, as he gets an intimate glimpse at the psychology that drives them.

The beauty of Hauser’s writing is that he illustrates each scene, rather than narrates it; I could almost taste the delectable funnel cake and smell the sweaty stink of the cattle at the county fair in the opening scene. The characters, too, are satisfyingly fleshed out and startlingly original; there’s Dr. Henry Wheeling, the psychologist so afraid his beautiful wife will leave him that he inadvertently ruins their marriage himself; Vincent Pareto, a humble woodshop teacher, and his wife, Mary, who are stricken with doubts about their parenting; Sam, a widower fighting for custody of his autistic son following the suicide of his wife.

He also delicately explores the traumas of mental illness with Cynthia who, struggling with depression, is too sensitive for her own good. Through Cynthia, Hauser reflects the hardships and tragedies of the world beyond her, as Cynthia herself attempts to believe in a future that doesn’t merely bring more pain, a future in which, despite the tenuous ties that bind us, we aren’t all totally, utterly, terrifyingly alone.

In an interview transcribed by Jack, one resident of River Road stated: “Water tells the story of where it’s been.” The floods deposit once-useful items like vinyl siding, RV parts, and canvases from tents, weaving a reverse-chronological tale of hope, heartbreak, and everyday happenings reminiscent of Hauser’s stirring novel as a whole.