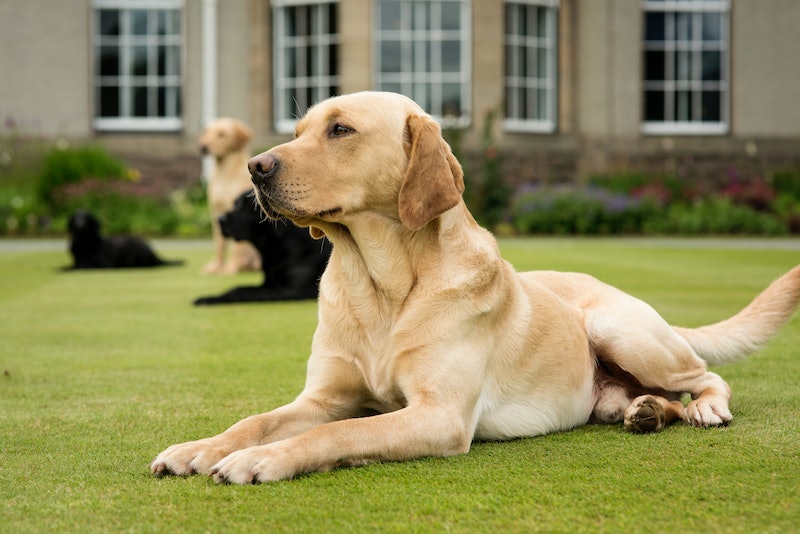 All right, listen up. That thing you've thought was doggy style all these years? Turns out it's really, really not doggy style. In a Pulitzer-worthy investigative report, Slate recently uncovered the truth about dog sex — namely, that it in no way resembles this hands-and-knees facsimile we humans have been propagating all these years.

This is an embarrassment, people! I, for one, pride myself on boinking correctly. If you, too, have high standards for your bedroom game, you'll incorporate these three red-hot ruff-love tips into your sex life promptly. We can do doggy-style as it's meant to be done.

So you know how a human guy is, like, pretty much just a boner with a face? By that I mean that many dudes (though not all dudes) are ready to get it on at even the slightest suggestion of some nudity somewhere in the world.

And, to continue my (sweeping, notably hetero-presumptive — obviously, you don't need to be a male-female couple to have doggy-style sex) generalizations of human sexuality, it takes some women — myself included — a little longer to get into it. This leads to an annoying disparity between horniness levels.

Well, that's not an issue for dogs! Male dogs, in fact, are still flaccid when they begin to mount female dogs. Turns out we've been placing waaay too much emphasis on erections, ladies. A dude-pup just sort of flails around until his penis winds up where it's supposed to (that's why dogs hump — not to create friction, as widely supposed). So, early-on erections? Decidedly human-style.

2. Ladies, your genitals are all wrong. You have got to fix that.

Oh, sure, that in-out, rocking motion you've got going on feels nice and everything, but if there's even the slightest possibility of all-out penis removal? You're doing it wrong. Because your genitals should be tightly locked into each other as a formation known as "dog-knot."

Don't give me that look. Per Slate,

Once the penis is safely inside ... blood rushes into the base of the penis, called the bulbus glandis, causing the organ to swell in size. At the same time, the female’s vagina contracts against the penis, creating what’s known as a “copulatory tie,” “coital tie,” or best of all, “dog knot.” The male and female are now physically, literally locked into one another. According to Miller’s Anatomy of the Dog, the main payload of sperm is delivered within 80 seconds of entry...

So, to recap, you need to practice some serious Kegels, until your vagina can double as a vacuum cleaner. I would start now; that's gonna take some time.

3. Both of you have to keep the love going post-dudegasm (for, like, half an hour, or so).

In all seriousness, it is the worst when a guy comes first and you're like, well, hi, still going here, and he's already passed out on top of you. It's way uncool.

But guess who's not uncool? EVERY DOG EVER, that's who. Because male dogs keep it going loooong after their first orgasm. They just pop a leg over the female, move into a BUTT-TO-BUTT position (your new suction-cup vagina is key here), and kind of just hang out there for 25 minutes to an hour, occasionally ejaculating. OK, so it's not the most active sex ever, but it beats a dissatisfied cuddle, don't it?

All right, so now you know the truth about doggy-style. I know you're still reeling a little, but trust, these three easy steps should make it easier than easy to go out there and make love like the ever-sultry canine would. Make me proud, bitches*!