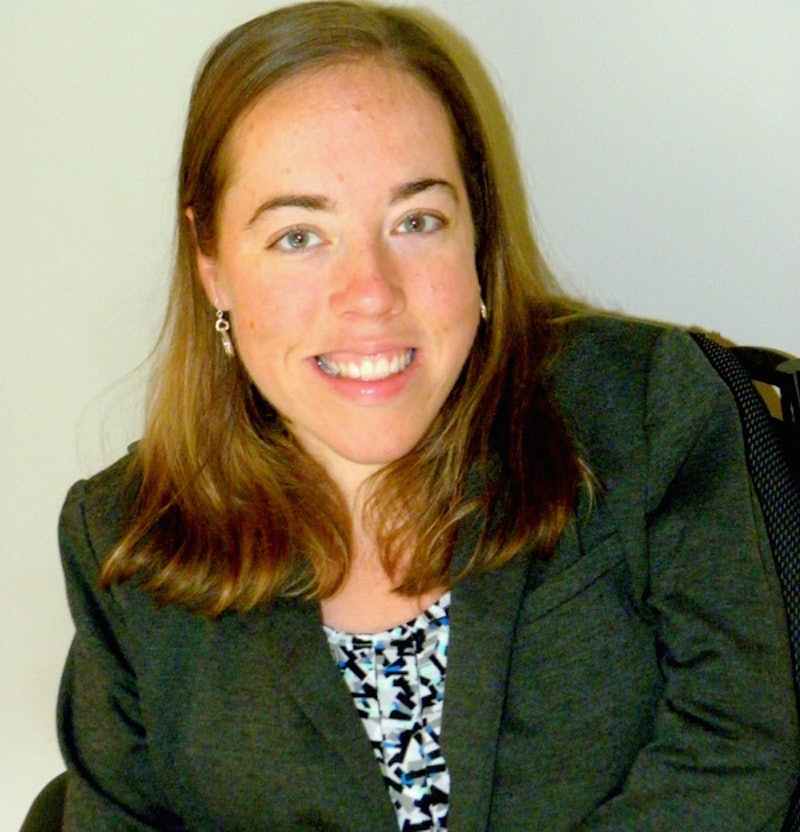 Imagine seeing the potential next President of the United States mock a person with your disability. Imagine feeling like this individual, someone who may just be the next leader of your country, has complete and utter disrespect for your community. Imagine worrying each and every day that if a certain candidate is elected, your entire life could change for the worse. This might sound exaggerated and dramatic, but for me and others with disabilities, this is reality.

I have arthrogryposis, a physical disability that impairs all four limbs; I am a wheelchair user. Although arthrogryposis is very rare, it may sound a bit familiar. You see, I have the same disability as Serge Kovaleski, the New York Times reporter who Trump famously appeared to be mocking in a speech earlier this year. Yes, I know that Donald Trump vehemently denies that he was mocking Kovaleski, telling the Washington Post in a statement, “I have no idea who this reporter, Serge Kovalski [sic] is, what he looks like or his level of intelligence. I don’t know if he is J.J. Watt or Muhammad Ali in his prime — or somebody of less athletic or physical ability. Despite having one of the all-time great memories I certainly do not remember him.”

Maybe Trump was mocking Kovelski, maybe he wasn't. The truth is, none of us will ever really know for certain. Nonetheless, given Trump’s long history of disregard for people with disabilities, I am inclined to believe he was in fact mocking the reporter. What I can say is that when I saw the video of Trump appearing to mock someone with the same disability I have, I was appalled. When I was younger, I often experienced this kind of ridicule — but you never expect to see such behavior from an adult. It was truly shocking to see such a horrific act, in front of thousands of people, enacted by someone who wants to be president. Indeed, I will never be able to get the image of him appearing to mock the reporter out of my head, nor will I ever be able to respect someone who has seemingly shown such disrespect.

In further response to accusations that he mocked a disabled reporter, Trump told supporters at a rally, “I spend millions a year, or millions of dollars on ramps, and get rid of the stairs and different kinds of elevators all over and I’m gonna mock? I would never do that.” However, his defense fails in two important ways: First, making his properties accessible to people with disabilities is the law, not something he has done out of the kindness of his heart. Second, and very much related, Trump’s statement may not be entirely truthful. Trump’s properties reportedly have been sued more than eight times for violating the Americans with Disabilities Act (ADA). In fact, even his new hotel in Washington, DC is being investigated for ADA violations as we speak.

Of course, there are many other examples of what I would argue is Trump’s utter disregard for people with disabilities. Following a family dispute, Trump allegedly cut off health insurance benefits for his grandnephew who had cerebral palsy. Trump also allegedly referred to Marlee Matlin, a deaf actress, as “retarded” when she was on The Apprentice, according to three staffers on the show. Even most school-aged children know by now that the “R” word is outdated and very offensive.

If Trump becomes president, my life and the lives of other Americans with disabilities will be forever changed — I believe for the worse.

Perhaps most indicative of Trump’s disdain for my community is his near silence (other than when attempting to defend himself) about people with disabilities throughout his campaign. Indeed, the only reference to people with disabilities I could find on his website is through the lens of veterans and those with PTSD. In contrast to his opponent, Trump has no known proposed policies concerning people with disabilities. The Trump campaign declined to respond to a questionnaire about disability policy sent to candidates by RespectAbility, a nonpartisan nonprofit. More recently, Trump’s campaign did respond to a questionnaire developed by the American Association of People with Disabilities; however, the responses were overly vague. How can someone expect a group of people — a large group at that — to support them when they cannot even bother to show an interest in their issues?

If Trump becomes president, my life and the lives of other Americans with disabilities will be forever changed — I believe for the worse. We will have a president who continues to violate laws that are intended to expand opportunities for us. A president who couldn’t bother to learn about our issues. And above all, a president who has repeatedly disrespected us.

One in five Americans have a disability. Disability can happen to anyone at any time. Even if you don’t currently have a disability, chances are you know someone who does — a loved one, friend, colleague, or neighbor. We are everywhere. And I hope that on November 8, we — and our allies — will make the right choice.