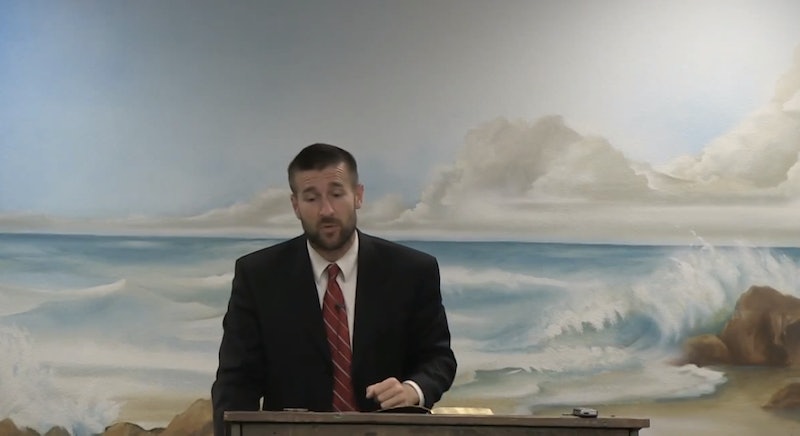 In a move sure to piss off even many Christian fundamentalists, Pastor Steven L. Anderson of the Faithful Word Baptist Church in Arizona has decided that women should stay silent in church. As far as he's concerned, not only should women definitively not be preachers, they also shouldn't even utter so much as an "Amen" during his services. To be fair, he does have a few rather specific Bible passages to back up his unusual point of view, though many people in the comments section of the YouTube video of his sermon point out that there are also passages that contradict this message.

Like its take on most subjects, the Bible has many different things to say about women. Some are surprisingly progressive; some are the exact opposite. Given that the Bible holds books of various genres, written in different time periods, and produced by several different religious communities, it's unsurprising that there are lots of mixed messages contained in its passages, which presents a major problem for biblical literalists. Still, very few of them actually forbid women from speaking in the 21st century.

Then again, we should also consider the source. Pastor Anderson also made headlines in 2009 for telling his congregation he was praying nightly for President Obama's death. And according to its website, his church is "an old-fashioned, independent, fundamental, King James Bible only, soul-winning Baptist church." So you wouldn't really expect them to have very progressive attitudes towards women to begin with.

In the video, Anderson draws on two New Testament passages, 1 Timothy 2:11 and 1 Corinthians chapter 14, both of which are from the letters of Paul, so it might be worth pondering what Paul's problem is with women. As for Anderson, it seems from the video that he isn't too fond of women himself, especially when they do daring things like have opinions. He recalls in the video the story of a woman who once had the gall to disagree with him while he was in the middle of a sermon and reports he "blew up" at her.

Yeah...he sounds like a truly open, compassionate and understanding religious leader. I would definitely want him providing me with spiritual counsel.

With any luck, this guy becomes an embarrassment even to his fellow fundamentalists, if he isn't already.