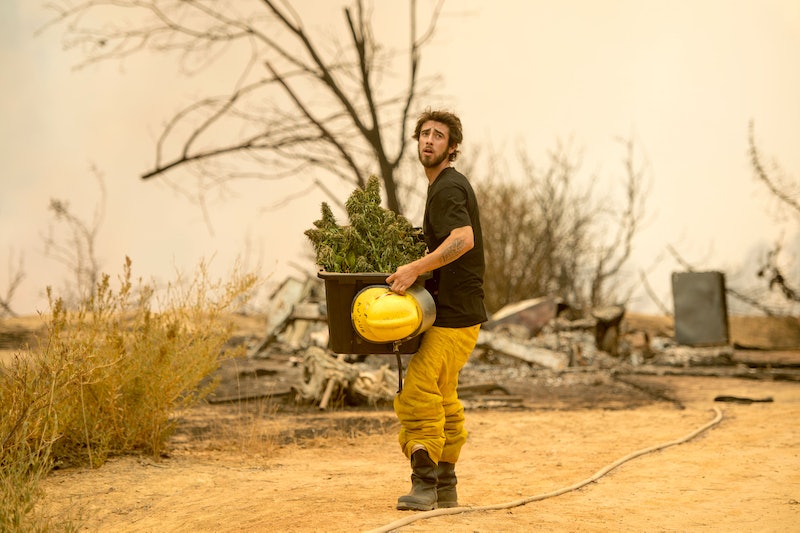 Talk to anyone under the age of 40 about marijuana, and odds are high they're in favor of legalizing it. The pros of freeing the weed seem all too obvious: less crime, lowered rates of incarceration, and mega tax dollars. Coloradans believed in this promised paradise of easy pot, and voted to make marijuana legal for recreational use back in 2012. But since the law took effect, mounting evidence insists otherwise, with crime rates up and a host of unanticipated consequences leading many to question the legalization movement altogether.

To start, crime is not down. Charges for marijuana-related incidents are up, and perhaps most alarmingly, black and Hispanic youth arrests are way up. In addition, drug cartels have not disappeared from the Centennial State; they've moved in. One of the biggest myths about making pot a legally sanctioned substance was that organized crime rings would be magically shut down. Not so, considering the state tax on legal marijuana makes it necessarily more expensive. Cartels have taken advantage, offering cheaper weed on the black market. They've also turned to growing and selling more lucrative, most-definitely-illegal drugs like heroin.

So much for the argument that legalizing weed will succeed where the War on Drugs failed.

Rarely mentioned in Gen-Y arguments for legalized weed is the potential impact on kids and teenagers. Maybe that's because many millennials got high in high school and lived happily on. But research suggests that a whopping one out of every six teens who try marijuana will become addicted. That's a higher rate of addiction than for those who get into alcohol use, a fundamental fact to keep in mind, as most adults say getting drunk is more problematic than getting high on marijuana.

Marketers have apparently intuited this early propensity for addiction. Cannabis stores in Colorado display vibrant packs of pot-laced gummy bears and lollipops, which don't seem designed with Gramps in mind as a potential buyer. Kevin A. Sabet, author of Reefer Sanity: Seven Great Myths About Marijuana, argues that this targeting of young people mirrors what Big Tobacco did back in its heyday. The old Fat Cats recognized that getting a teen addicted to one's product made them a lifelong customer. And indeed, a major driver of the legalization push are dollar signs; as Sabet says, "Right now in Ohio, the ten richest people in the state are spending about $20 million to write a ballot initiative to control, supply and distribute marijuana."

The pot business is a lucrative one. But like its older Big Business peers, nascent Big Pot is disproportionately profiting the wealthy. Projections indicate that the marijuana industry could triple over the next four years, making it worth a cool $22 billion. And with mega-bucks billionaires like George Soros and Nate Parker putting up millions out of their own pockets to fund legalization efforts, one has to wonder: What's in it for them?

Disadvantaged communities are definitely not a priority where legalization is concerned. Because the pot industry has money to spend, and many in poorer areas do not, it's an easier process to set up shop in economically depressed areas than wealthy ones. So much of the grow industry ends up in places that already face plenty of struggles, from underperforming schools to chronic unemployment.

And the cannabis business doesn't bring that many jobs with it. Candi CdeBaca, a resident and community activist in a formerly-industrial and mostly Latino neighborhood north of Denver, pointed out that the marijuana shops in her community haven't provided much in the way of employment. Rather, they've brought problems. She said, "We were told that legalization would take drugs out of our community. ... The drugs stayed — and the drug dealers changed."

But perhaps the most ignored side effect of mass marijuana production is the devastating environmental costs. The cannabis plant demands water — a lot of it. Estimates put each individual plant on a thirsty diet of about six gallons per day. In northern California, for example, illegal pot growers are essentially draining the Eel River, which would destroy the salmon who depend on it. Back in July, Nancy Brier wrote about what happened to the small California town she moved to, once growers discovered the ease of obtaining a medicinal marijuana license: an influx of guns, guard dogs, crime, and destruction of the local Mendocino National Forest. Brier said:

When “Operation Full Court Press” went into that forest to clean up pot grows, they removed 23 tons of trash, more than a ton of fertilizer, 57 pounds of poison, 22 miles of irrigation piping, and 32 guns. They found 13 man-made dams diverting water, and 120 propane tanks.

Given that millennials voice more concern about environmental issues than any other voting bloc, it is highly strange that this aspect of large-scale cannabis cultivation does not bother them. And though the California examples cite illegal growing, it is ludicrous to pretend that a "legal" plant requires much less water than an "illegal" one. Brier goes on in her article to outline the death of small nut and fruit farms, taken over by pot growing. And given the high potential for serious profit, one can expect that legalizing marijuana will transform many more agricultural areas into water-sucking weed factories.

How about electricity? Indoor growth facilities are enormously reliant on man-made power. One owner reports that the electricity bill for just one of his grow houses came in between $20,00 and $25,000 per month.

So before millennials, or anyone else for that matter, goes all-in on legalized pot, consider the consequences. It's worth asking the question: Is the right to get high more important than the safety of poor communities, or the health of the local environment, or the exploitation of addiction for profit? To me, the answer is clear.

More like this
This Is When Netflix Is Going To Start Charging You For Sharing Passwords
By Darshita Goyal
Twitter Has *A Lot* To Say About The "Single Penalty”
By Sam Ramsden
Here’s Where The NHS Nurses’ Strike Currently Stands
By Sophie McEvoy
6 Organizations Fighting Police Brutality That You Can Support Right Now
By Syeda Khaula Saad and JR Thorpe
Get Even More From Bustle — Sign Up For The Newsletter
From hair trends to relationship advice, our daily newsletter has everything you need to sound like a person who’s on TikTok, even if you aren’t.