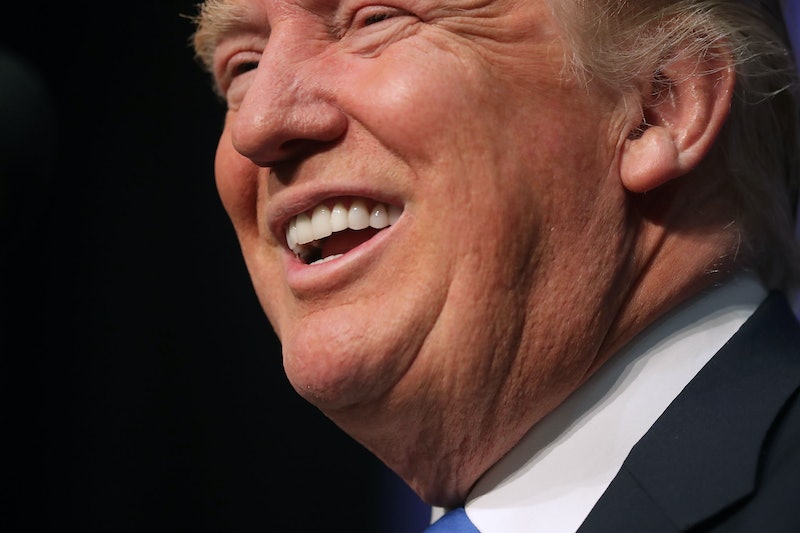 It took nearly a year and a half of campaigning, but at long last, the end is here. The 2016 presidential election has come to an end, and it's time to shift your focus from all the obsessive checking of the polls to, well, what's next for the business of governance. And, of course, how much optimism you're feeling right now about the future probably depends on whether your candidate of choice came out on top or not. So, who won the 2016 presidential election?

Despite many home stretch polls suggesting the election would ultimately swing in his opponent's favor, it was Donald Trump who walked away the winner Tuesday night. Although he trailed by big margins in the polls heading out of the third and final presidential debate, Trump ultimately closed the gap. To some extent, it seems the trajectory of the race was altered by a string of leaks from the FBI involving Clinton and her campaign, which allowed Trump to make inroads at the very last moment.

Even though FBI Director James Comey said he would not change his recommendation not to have Clinton indicted, the review of additional emails retrieved from a separate investigation into Anthony Weiner, the estranged husband of Clinton aide, Huma Abedin, may have done damage.

It'll be fascinating to see how Trump's first term in the White House goes, even if it's a more than a little (OK, a lot) disturbing and terrifying idea to his critics. It remains to be seen what tactics the Democrats in Congress will take toward Trump, whether they'll try to appeal to his stated preference for wheeling and dealing, or whether they'll adopt a similarly unrelenting posture that the GOP did against Obama. Of course, considering some of the controversial policies Trump championed throughout the election ("extreme vetting" and "deportation force" ring a bell?), it's hard to imagine what he could feasibly legislate. But really, there's no way to know for sure until it's happening.

This much, however, is certain: On Friday, Jan. 20, 2017, Trump will be inaugurated, kicking off his first term. It was a long build-up to get to this moment, but now it can be written in the past-tense: Trump was the winner of the 2016 presidential race. Finito.

More like this
Eurovision Has Been Given A Whole New Look Ahead Of Its Liverpool Debut
By Bustle UK
What Really Happened Between Lea Michele & Sadie Sink On 'The Tonight Show'
By El Hunt
Pret & Costa’s Coffee Is The Strongest On The High Street, According To Which?
By Sam Ramsden
This Is When Netflix Is Going To Start Charging You For Sharing Passwords
By Darshita Goyal
Get Even More From Bustle — Sign Up For The Newsletter
From hair trends to relationship advice, our daily newsletter has everything you need to sound like a person who’s on TikTok, even if you aren’t.