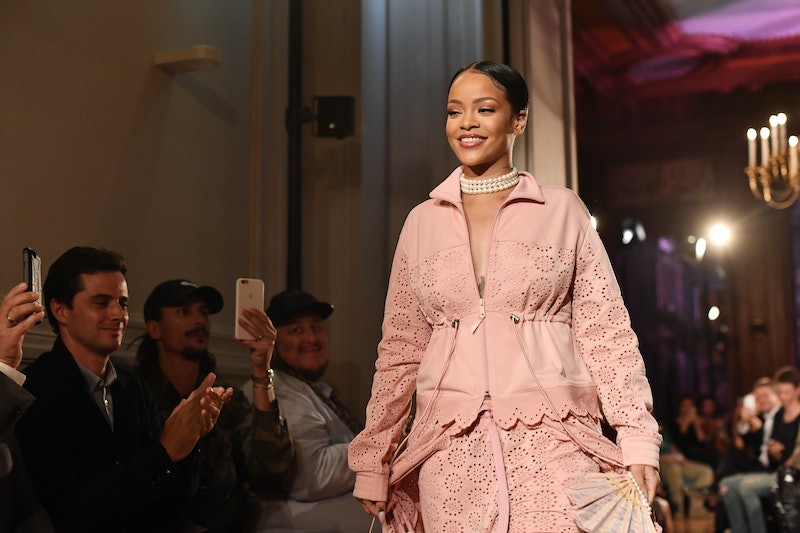 Well, folks, looks like she’s done it again. Rihanna is on a can’t stop, won’t stop win streak as far as fashion is concerned. Not only did she put out yet another incredible runway show, but she’s also just been awarded what I’m pretty sure is the highest honor in the footwear world. Rihanna will receive the Shoe of the Year Award for her Fenty x Puma Creeper, and fans of the sweet kicks are convinced she deserved it.

According to a press release, RiRi will receive the accolade at the 30th Footwear News Achievement Awards on Nov. 29. She’s joining the likes of Adidas and tennis star Stan Smith who were honored with the title in 2014 and Kanye West who won the Shoe of the Year Award in 2015 for his Yeezy Boost 350 sneakers.

“In my wildest dreams, I never would have imagined an honor like ‘shoe of the year,’” Rihanna is quoted saying in a press release. “It means so much to me to make a mark like this in the shoe and sneaker industry and to have so many people share my love for the creeper.” The shoe has definitely been a hit, selling out in every single shade each and every time it restocks. There’s no denying that the designer was worthy of this honor. Because when it comes to cool footwear, Rihanna’s design is as good as it gets.

These kicks were destined for greatness.

You gotta admit, easy-to-wear creepers are the best.

These will upgrade each and every single one of your outfits.

And that's exactly why they're practically sold out the moment they become available online.

RiRi definitely deserves this moment in the spotlight.

A huge congratulations are in order.

Fans can't think of a better way to celebrate than by restocking the shoe on the night she receives the award. And I'm definitely here for that idea!