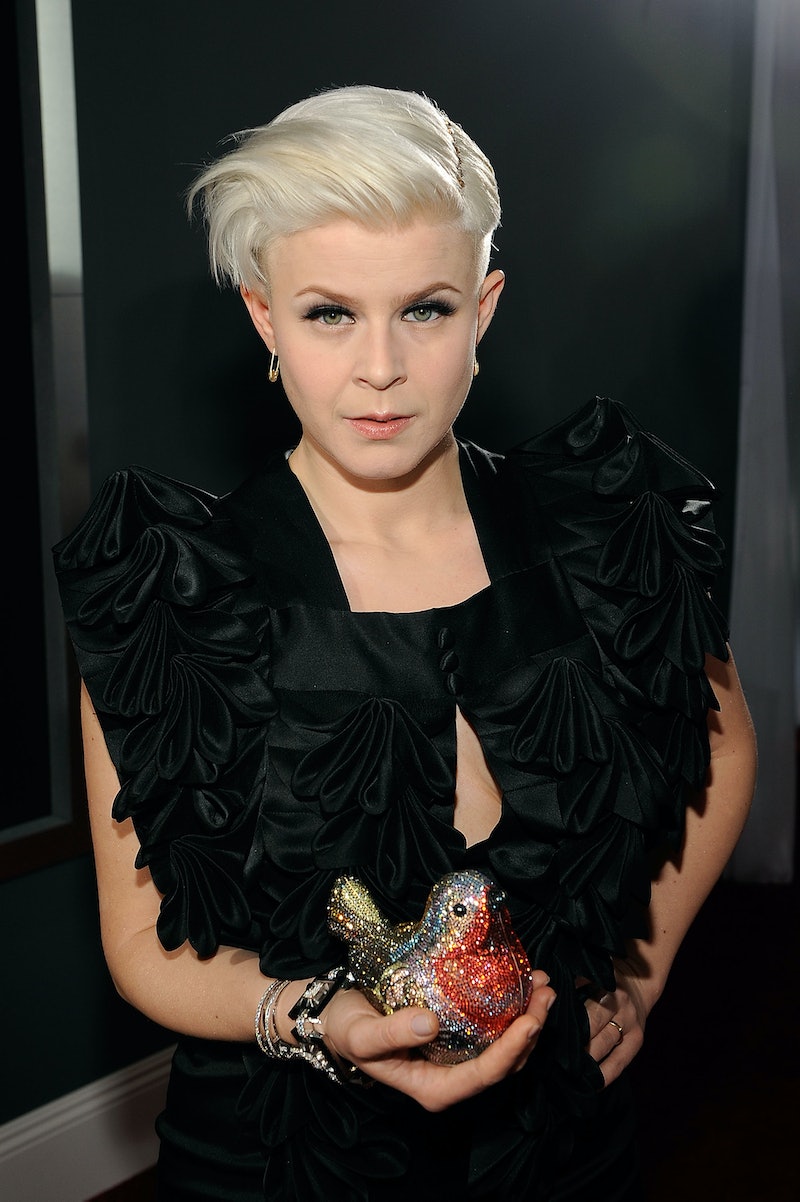 Still presumably dancing on her own, Robyn recently released some new music. On Friday, the singer debuted a 10-minute long track featuring Swedish electronic producer, Mr. Tophat. Though a 10-minute song sounds kind of arduous to get through, there's nothing short of quintessential Robyn magic all up in this one. In fact, "Trust Me" is full of late 90s and early aughts of Robyn goodness. All the more reason to put it on your go-to party playlist, or at the very least, give it a listen right now.

Robyn first appeared on the scene with her 1995 pop debut album, Robyn Is Here, but hasn't put out an album since 2010's Body Talk. The six-year time gap has been truly hard to get through, even though she's released music in the interim. The latest EP — also called Trust Me — will be out in January 2017. Hopefully it will be full of all the Robyn stuff fans have grown to know and love (and lament for in its absence), but with a new twist. By the sound of this teaser, that's probably what you can expect. If you know what it takes to love her music, or if you know what's good for you, put on some big earphones and get ready to jam out to the song below.

If this 10 minute-song (on loop) isn't enough to get you amped, here are some Robyn classics to pump you up for the impending EP.

Before HBO's Girls put this one back in the zeitgeist, it was the pop-disco anthem of 2010. It defined Robyn's unique sound for Body Talk and elevated her to god-like status in the world of indie pop. Plus, those lyrics. Heartbreaking and empowering all at once.

"Show Me Love" typified the kind of bubblegum pop that ruled the mid to late '90s. In other words, re-listening to this will make you feel a lot of different ways. Mostly good, nostalgic ones.

Ah, another classic '90s track, and the second Billboard Top 100 to spawn from her first album. These two combined put Robyn on the fast track to pop superstardom, which she stayed at for a while, until she decided to expand her discography and move into more experimental sounds.

4. "You've Got That Something"

Though it was one of her lesser known songs from the debut, "You've Got That Something" is essential Robyn listening. It's breezy, upbeat, and showcases her diverse vocals.

If these lyrics about unrequited love don't make you tear up a little bit (or at least consider doing so), are you made of iron and steel? "There's a moment to seize everytime that we meet / But you always keep passing me by." Umm, ouch.

A power anthem for anyone who does not like taking instructions. It's basically one long list of everything that's killing Robyn at the moment, until she decides to reject all of it at once. Kick drum.

With the orchestral build and emotional lyrics, "With Every Heartbeat" stands in Robyn's canon as one of her best.

Good to have you back, Robyn. Missed you. (Please always be around?)