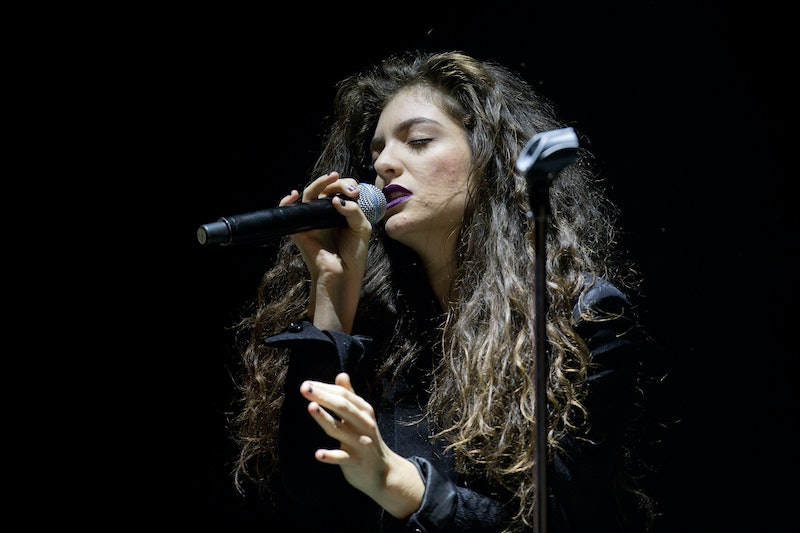 Lorde's boyfriend is seriously adorable. In a world sadly filled with men who hate being in the shadow of the woman they're dating, Lowe is the exception. He seems to be filled with nothing but praise for and pride in his longtime girlfriend. In a recent blog post Lorde's boyfriend, James Lowe, opened up about dating the stellar singer, and how proud he is of her.

Since originally sitting down to write this post, Ella [Lorde's real name] has become a two time Grammy winner ... Currently she is on the opposite side of the world on tour. As much as I miss her, I couldn’t be prouder of what she has achieved so far. If you are lucky enough to attend one of her shows on this current tour, you’ll experience more than just her voice. The production she has dreamt up looks incredible… I can’t wait to see it myself next month.

It's the wordiest he's been about Lorde since she was catapulted into the limelight, but he's been supporting her from the sidelines for months now, jotting little notes in Instagram captions, all of which continue to show how much he seriously cares about her and how far she's going with her career. After her performance at the Grammys he posted this picture with the caption, "Still no words. just fuck. so proud."

The professional photographer reportedly started off working for Lorde, and now that they're dating she remains the main subject of his photos, most of the time accompanied by captions remarking on how great her show was or how proud he is of her. After her first public show in June 2013, he wrote on his website: "A biased opinion, but i’ll say it anyway––she was amazing, always taken back every time I hear her sing."

His adoration for her is refreshing to see because he isn't jealous that she's famous; he's just proud that she's achieving her dreams and he's happy to support her. And here's an adorable photo of the couple brushing their teeth together because it exists and why not?