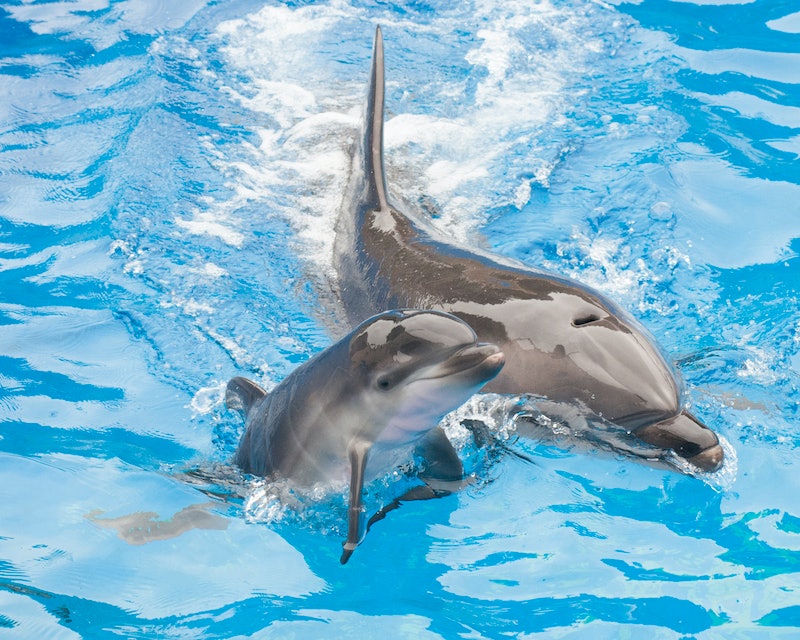 Russia has started the process of turning Crimean residents into Russians — and not just the human ones. On Thursday, Russian media reported that Ukraine’s combat dolphins, based in Crimea since the 1960s, are being seized and forced to serve Russia’s interests, not Ukraine’s, following Russia’s annexation of Crimea last week. Given dolphins’ lack of choice in the matter, the move seems particularly insidious; then again, they also don’t know the difference between Russia and Crimea, and lack any awareness of geopolitics in general, so it’s probably all the same to them.

As you might expect, the idea of combat dolphins arose from the Cold War, when somebody realized that dolphins —with their ability to detect sounds in murky waters that humans can’t — might be useful in helping ships avoid underwater mines. They were also used to locate lost equipment and place buoys, and while the Soviet Union trained them place explosives as well, it’s unclear whether they were ever used for this purpose.

While it may be disappointing to hear, the phrase “combat dolphins” does not refer to a fleet of dolphins with guns attached to their heads. Not because Ukraine didn’t want to do that, but because the country couldn’t pay for it. In 2012, Ukraine was apparently planning to train their dolphins to “attack enemy combat swimmers using special knives or pistols fixed to their heads,” but scrapped it due to budgetary concerns. And, presumably, a million other practical concerns as well.

Ukraine’s dolphin team was using outdated equipment and had been repurposed for civilian uses, most notably in therapy with disabled children. Ukrainian officials were going to disband the whole operation next month, but since the dolphin base was housed in Crimea, it’s Russia’s now. Or, as the Russian news report charmingly puts it, “the dolphins themselves have now become Russian.”

More like this
This Is When Netflix Is Going To Start Charging You For Sharing Passwords
By Darshita Goyal
6 Organizations Fighting Police Brutality That You Can Support Right Now
By Syeda Khaula Saad and JR Thorpe
Watch Jacinda Arden’s Devastatingly Honest Resignation Speech
By Sam Ramsden
Picky Eater? Sensitive Stomach? This Vet Nutritionist-Designed Dog Food Has A Plan For That
By Maria Cassano
Get Even More From Bustle — Sign Up For The Newsletter
From hair trends to relationship advice, our daily newsletter has everything you need to sound like a person who’s on TikTok, even if you aren’t.