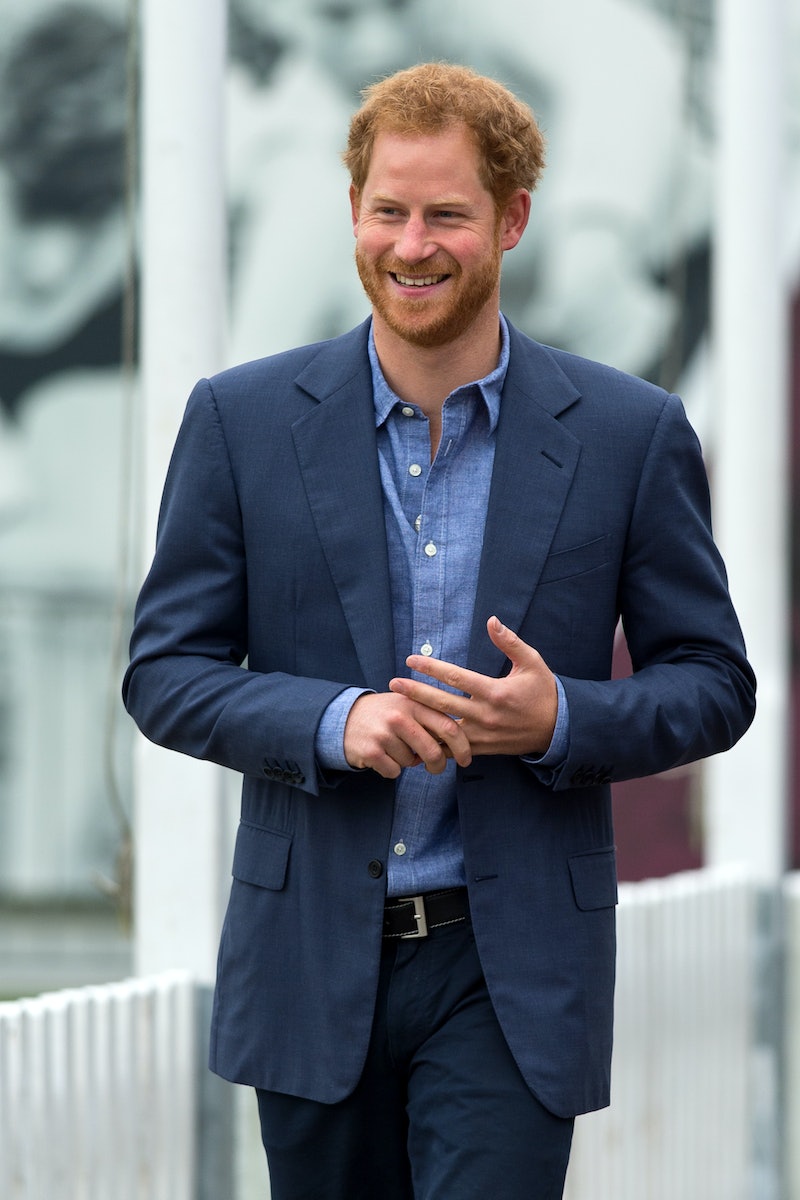 It's hard out there for a fan of the royal family. It's not like being obsessed with the Kardashians, who let fans in on their every moves via social media and a reality show. The royal family is much more private, so when buzz about a new relationship begins, we're often left in the dark for months before the truth comes out. But every once in awhile, the fam decides to give us an update on what's happening in their personal lives, and this one is definitely a doozy. In a rare move from Kensington Palace, not only did Prince Harry confirm he's dating Meghan Markle, but he also defended her against the press who has been harassing her recently.

Last month, rumors first started circulating that Harry was seeing Markle, a 35-year-old actor who plays Rachel Zane in Suits. At first, the only evidence that something could have been going on between them was Markle's frequent trips to the U.K. and the matching bracelets she and Harry wore, but now, it's officially official: They're together! And the way Harry defended her in the statement Kensington Palace released on Tuesday morning is totally befitting of a prince.

I always knew I loved Harry, but this gives me yet another reason to adore him. For the first time, it calls Markle his girlfriend, which is a big deal in itself. But at the same time, it addresses the fact that Harry wanted the statement to be released in hopes that the constant harassment of Markle and her friends and family will stop.

And although we don't know much about the relationship between Harry and Markle, it's pretty obvious that he cares a lot for her — especially when the statement addresses the fact that this seems to be the only way he can even attempt to protect her in a situation like this. The statement says:

Prince Harry is worried about Ms. Markle's safety and is deeply disappointed that he has not been able to protect her. It is not right that a few months into a relationship with him that Ms. Markle should be subjected to such a storm. He knows commentators will say this is "the price she has to pay" and that "this is all part of the game." He strongly disagrees. This is not a game — it is her life and his.

I never really thought of what it would be like to date a member of the royal family — outside of how awesome it would be to trade lives with Kate Middleton, of course — but it sounds like it's not always easy. It's hard to imagine exactly what this has meant for Markle on a daily basis, but Harry's sentiment in the statement is right. It's not fair that she should have to be badgered by this just because they're dating, even if she did choose to live her life in the spotlight.

Here's hoping that the statement accomplishes its intended goal and that the press stops constantly hounding Markle because of her relationship with Harry. That's probably wishful thinking, but it seems like this whole ordeal has been a nightmare for them. They deserve to enjoy their relationship in peace!

More like this
Olivia Rodrigo’s Song Dedication To 5 SCOTUS Justices Sent A Strong Message
By Grace Wehniainen
Why Simone Ashley Had To Study Snails For Intimacy Training, Pre-‘Bridgerton’
By Grace Wehniainen
At 14, Kate Berlant Had A Wheelie Backpack & One Line In 'Lizzie McGuire'
By Samantha Rollins
Don't Expect To See Your Fave Modern Royals Depicted On 'The Crown' Season 6
By Jack Irvin
Get Even More From Bustle — Sign Up For The Newsletter