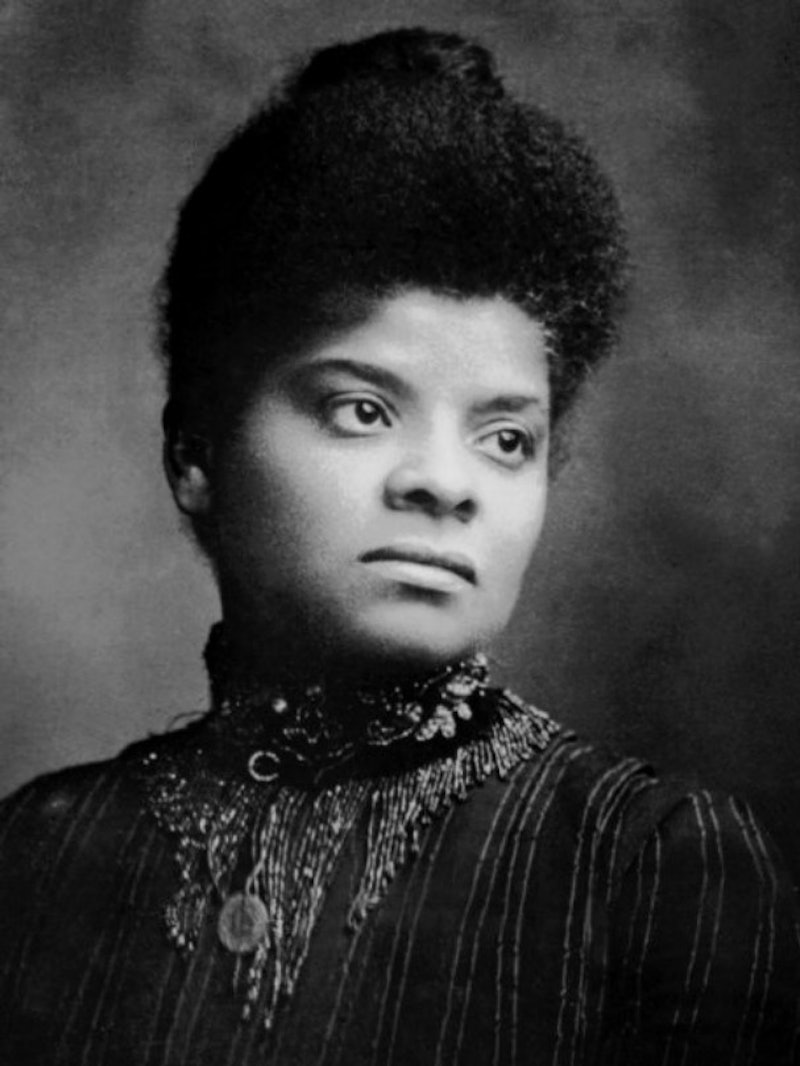 No matter what you think of Hillary Clinton, this has been a game-changing election for women. For the first time in American history, a woman has been nominated by a major party, and she now stands a real chance of becoming our next president. The moment has huge historical significance for millions of American women, including some over the age of 96, born before women even had the right to vote. As a result, many are taking to real and virtual grave sites to thank the activists who made women's suffrage possible. Stories and images of the long line to place an "I Voted" sticker on Susan B. Anthony's tombstone have made their way around the Internet, but equally moving are the tributes women are posting on suffragist Ida B. Wells' virtual grave site.

Wells was born to slaves in the 1860s, and had a remarkable career as a journalist and activist for racial and gender equality. At 22, she fought segregation on a railroad car and sued the railroad company. When she began to participate in suffrage protests, she refused to be segregated, demanding to march with the white suffragettes. Wells was a true badass who devoted her life to improving things for black women in the United States, so it makes perfect sense that people would want to honor her on a day they voted for a potential female president to succeed America's first black president.

"Thank you for all that you sacrificed. I voted today because of you," wrote Mikki Kendall on Wells' virtual grave site — one of many voters to post virtual flowers and a thank-you note on the page. Other notes included "Rest in power" and "Thanks for all you did today to get us here."

While the tributes to Anthony have been moving for many, Wells deserves just as much praise — moreso, probably, considering the history of racism amongst white suffragettes. Black voters, female voters, and members of both groups are largely able to vote today because of the sacrifices made by women like Wells, who deserves the tributes and praise her virtual grave site has housed.

More like this
24 History-Making Black Women You Probably Didn't Learn About In School
By Ayana Lage and JR Thorpe
25 Inspiring Quotes From Black Women To Celebrate Black History Month
By Kyli Rodriguez-Cayro and JR Thorpe
6 Organizations Fighting Police Brutality That You Can Support Right Now
By Syeda Khaula Saad and JR Thorpe
Melanie Lynskey Plays A “Ruthless Leader” In 'The Last Of Us'
By Brad Witter
Get Even More From Bustle — Sign Up For The Newsletter
From hair trends to relationship advice, our daily newsletter has everything you need to sound like a person who’s on TikTok, even if you aren’t.