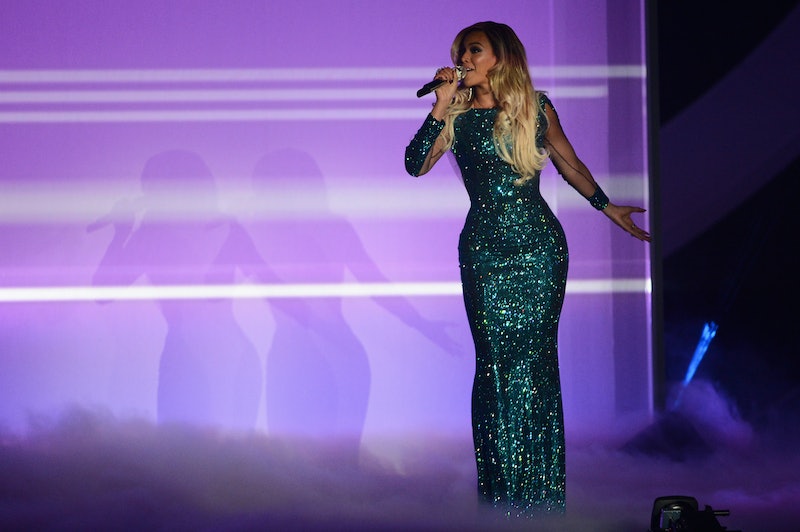 There are three kinds of people in the world: Beyoncé fans, closet Beyoncé fans, and people who don't know that they're Beyoncé fans yet. How many other celebrities do you know who can drop a secret album with no press and no warning and still have it become the fastest selling album in iTunes history? Even if you're pretending not to bow down to the queen, you still have to give Beyoncé her respect. But the greatest thing about Queen B is not her flawless talent, amazing body, athletic dance movies, perfect voice, gorgeous fashion sense... wait, where was I? The greatest thing about Beyoncé is that the love she has for her fans is equal to, if not larger than, the love they have for her, something she proved when she Beyoncé broke down in tears during the last concert of her Mrs. Carter Show World Tour.

Beyoncé paused between songs to ask for a spotlight on her to ensure that her fans could see her clearly as she thanked them for coming out. She isn't the only celebrity to get teary-eyed recently while talking to her fans and the moment was no less poignant.

"I just want you to know that I am so lucky," Beyoncé said before pausing for a moment to openly cry. "...And when I fall, you lift me up. And when I'm hungry, you feed me. And I just want to give you my light."

Watch the heart-warming moment below.