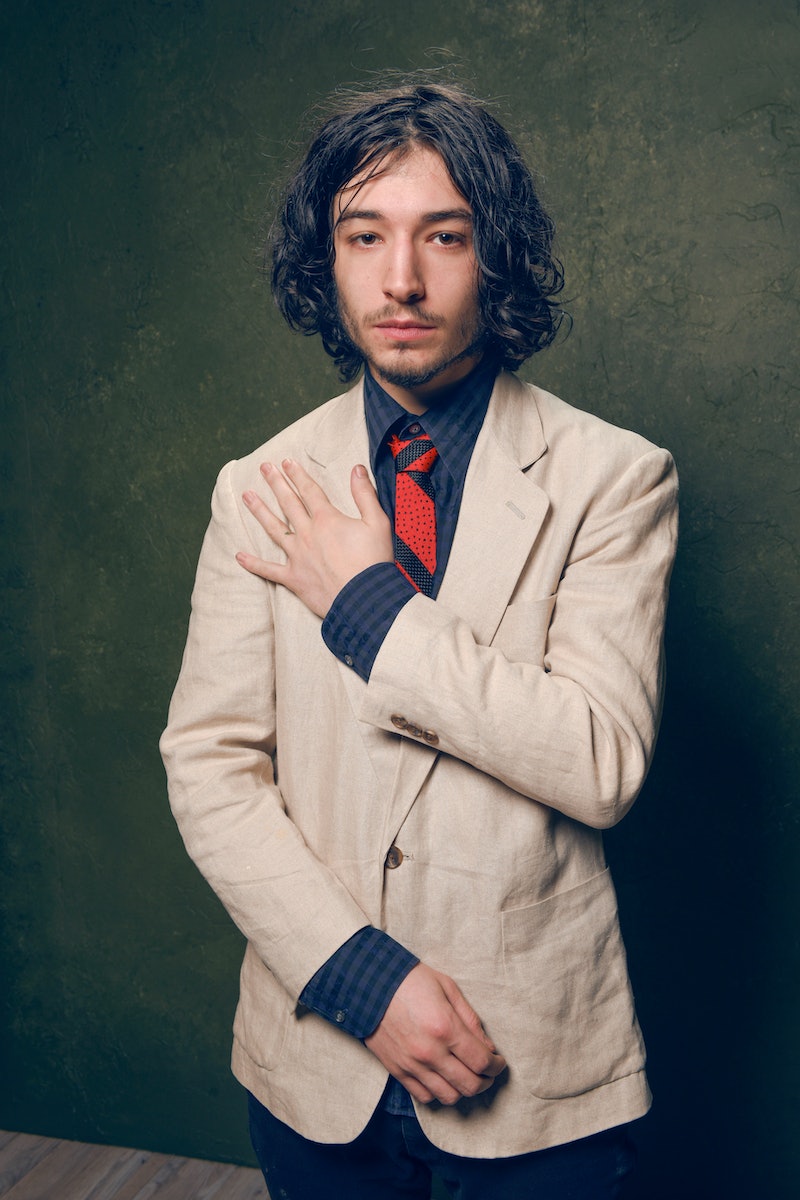 Nothing bonds two people like sharing a wholly unique experience — especially when it's one as truly magical as being in a Harry Potter movie. Very few individuals get to say that they've gotten to take part in a big-screen version of JK Rowling's wizarding world, so it's no surprise that the few that have would stick close. And so when Ezra Miller, a star of the new Potter spinoff Fantastic Beasts and Where to Find Them , learned that he was up for the part, he reached out to one of the only people who'd know what it was like to work with director David Yates on a Potter film: one of the franchise's most beloved stars, Emma Watson.

"When I first met him, I was like, wow this guy is extraordinarily chill, I wonder if that remains the case when the going gets tough on a major motion picture production," Miller recalls of his first meeting with Yates, speaking at the Fantastic Beasts' New York junket. "And I actually asked Emma Watson — she was one of the first people I called when this happened, and I asked, 'does he really remain so zen through the process of making a film'? And she said, 'it’s hard to believe, but yes.' She said, 'I’ve never heard his voice go above a certain number of decibels, because he really is disciplined and centered."

It makes perfect sense that Miller, a newbie to the Potter big-screen world, would go to a veteran like Watson for advice, but that's not the only reason he reached out to the star. In addition to the intimate bond they share because of Rowling's universe, the actors have a friendship due to their time co-starring in 2012's The Perks of Being a Wallflower. It's sweet to see that the two are still close four years later, and for Miller, an actor about to enter the biggest movie of his career, being able to lean on Watson for answers and advice must be pretty great.

As was the overall experience of being an elite member of the Potter world. "The feeling of having a JK Rowling work on your email that no one else has read except for a handful of people was thrilling, to say the least," Miller says. " As a Harry Potter fan, I’m extremely excited because I get how this brand new story ties into the broader wizarding world." Fans of the franchise may not have the intimate connection to the franchise that Miller does, but they certainly share that feeling.