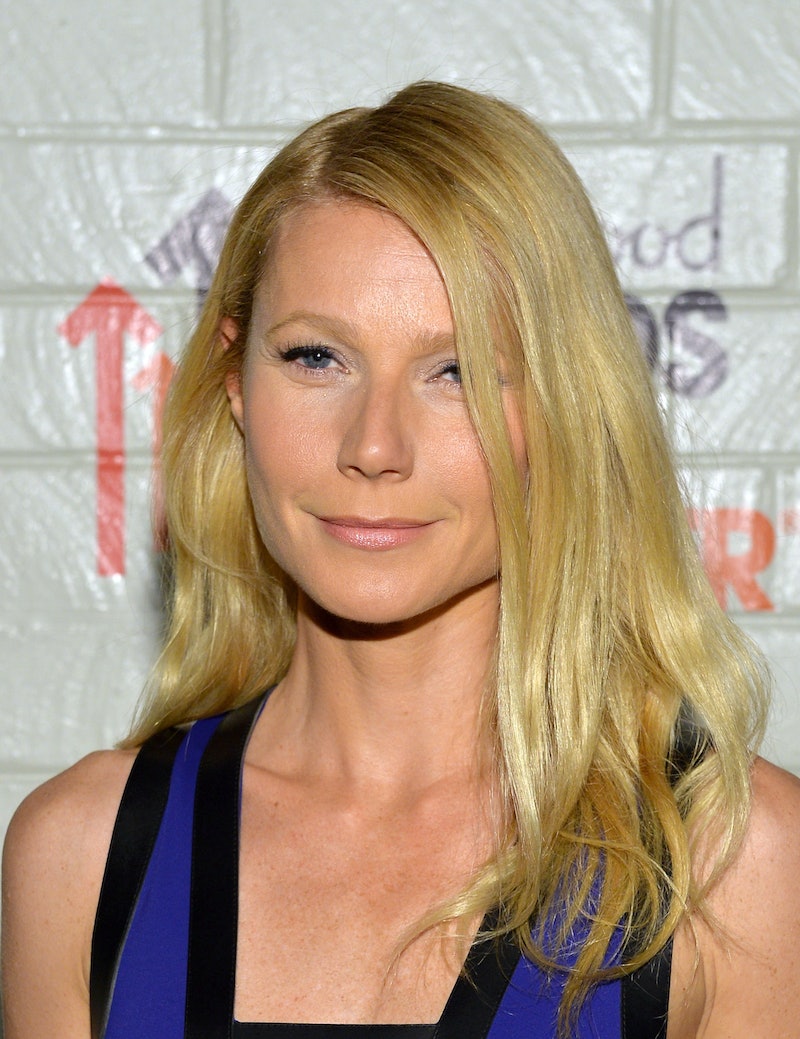 We know acting is hard. We know being famous is even more difficult. But now it's been solidified for us: Gwyneth Paltrow has said that acting is harder than working in an office — particularly when it comes to parenting. Though I'm hardly the parenting expert, I do know what it's like to not be famous. And I know, for one thing, as a normal woman, I can't get away with naming my child Bumble Bee.

Rest assured, I know stars have their challenges. I can only imagine the emotional torment they undergo when they are asked to gain weight for a role; it must easily surpass the emotional torment I undergo when my dress doesn't zip up because I enjoyed too many tacos last night. Sad emoji! That said, I, too, would feel extraordinarily burdened by the constant pressure to only eat kale.

But I'm avoiding the heart of the matter. Though, due to my nature as a moderately sensitive person, I am able to sympathize with the pressures of tending to a garden of kelp, learning French, gaining weight for a role, and hiring a bilingual nanny for your children who are named after volcanoes, their challenges (and trust me — gardening kelp is a challenge) are not more challenging, per se, than those that pertain to anyone who works between the hours of 9am and 5pm.

As Mackenzie Dawson bitingly put it in the New York Post, a working mother's life isn't easy compared to a life of a celebrity. It's just downright different. A working woman — who may or may not have children — has a completely different set of problems than a celebrity does. One major difference, though? Problems that are fixable by money ("I consciously uncoupled from my husband. Let's steal away to Eleuthera!") are, unfortunately, not normal problems us normal folk have.

That said, perhaps it's ignorant to mock Paltrow, and others who do appear to have it good — at least, when one looks at the glossy magazine covers actors and actresses so often grace, whether they want to or not. To give Hollywood's celebrities some credit, being a star is tough. We, as normal people, are not looked at through a magnifying glass held by judgmental folks. No tabloid cares that my oatmeal exploded in the microwave this morning, or that LoLoestrin is making my jeans a little tighter. (A tabloid would read: Mallory Schlossberg — out of control!!!! Can't eat oatmeal anymore!! Birth control is making her an estrogen MONSTER. But if she gives up on birth control she'll DIE AN ASEXUAL!!!!!!!!! We spoke to someone one person the subway about this.) I'm not photographed with the hole in my crotch of my sweatpants. (She's falling apart!!!) I'm not recorded as I sit here typing. (Bags under her eyes! Can't sleep!!!! SHE"S A MESS!!) No one has obtained my W-2s to analyze my financial status. (SHE CAN'T AFFORD A MANSION. WHAT WILL SHE DO! Future: Abolished.) And, most importantly, when I make a ridiculous claim — like, say #blessed — no one is running to annihilate my Twitter. (Unless you prove otherwise, followers. But I'm also not about to claim I'm #blessed.)

Still, any profession can be emotionally taxing, physically grueling, and downright difficult, and though the life of a celebrity has its difficulties, it has its privileges, too. It seems a tad ungrateful for celebrities to wax over the hardships of fame. Fame is hard? Okay, famous person. (No, Tom Cruise, acting cannot be equated with fighting a war in Afghanistan.)

Because just like it is insensitive for me — or any non-famous person — to dismiss the hardships of celebrity (although achieving ubiquity does seem like a small price to pay for the millions of dollars and mansions that come with celebrity), it's foolish for someone of a higher social or financial status to tout the life of an average person as easy. It's even more foolish because it will be on the record, and there will be bloggers raring to have a go at the audacity of that celebrity.

Because, no, it isn't easy getting up every day at 6:30am and working hard, without a limo waiting outside for you, but it is honest, exhilarating, and — dare I say it before I vomit in my mouth? — #blessed. Okay, I revoke that statement. No one should ever say #blessed.