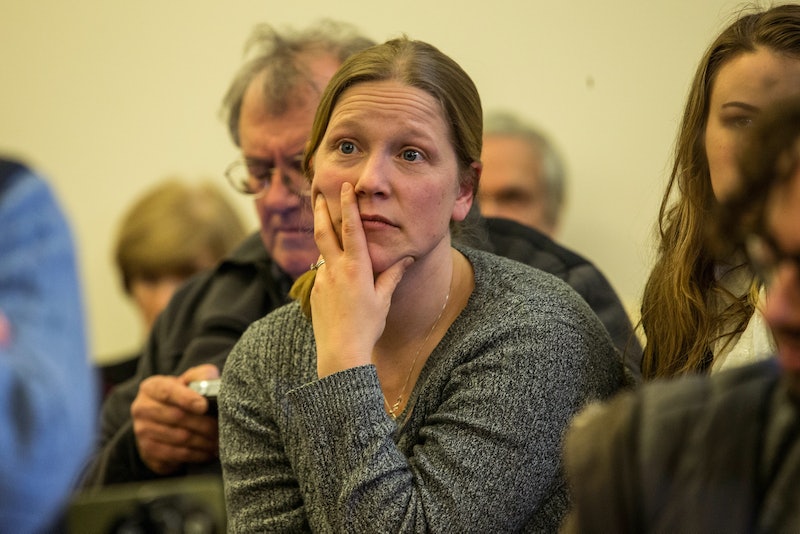 If you are feeling like me, you are confused, despondent, blind-sided, disappointed, and just plain sad — sort of like you might need a miracle to change the results of this election, since the results of this election were overwhelmingly unexpected. At the time of writing, Democratic nominee Hillary Clinton has so far won the popular vote by a small margin, but the electoral vote went for Donald Trump. The only possible way anything would change would be if a member of the electoral college went rogue — could faithless electors change the outcome of the election?

Faithless electors are, according to the non-partisan site FairVote.org: "Members of the Electoral College who, for whatever reason, do not vote for their party's designated candidate." Historically speaking, there have only been 157 in the history of the college, according to FairVote.org:

Since the founding of the Electoral College, there have been 157 faithless electors. 71 of these votes were changed because the original candidate died before the day on which the Electoral College cast its votes. Three of the votes were not cast at all as three electors chose to abstain from casting their electoral vote for any candidate. The other 82 electoral votes were changed on the personal initiative of the elector.

So, 71 of those so-called faithless electors changed their vote because the candidate died before the election, so I don't really count those. But in the U.S.'s 240-year history, 82 electors changed their vote because reasons like following their conscience, and those aren't good odds if you're counting on faithless electors to tip the scales in one particular election year. And, historically, none of them ultimately has much impact on the outcome of the election.

This year, as TIME magazine reported, there were four faithless electors who were outspoken about going rogue — two identified as Republican, and two as Democrats. So what does that mean? While four faithless electors would make a difference in a tight Electoral College race, that's not what we're looking at right now. In this case though, with the electoral votes coming in so far show 233 for Clinton and 305 for Trump, in which case, it'd be unrealistic to think there would be enough electors to unexpectedly do a complete turn-around and put a dent in the outcome.

More significantly, 29 states have laws that punish faithless electors if they do not follow the popular vote. Thus, for Clinton supporters or generally despondent Americans still in shock and hoping for a last-minute non-Trump outcome, faithless electors really aren't the answer.