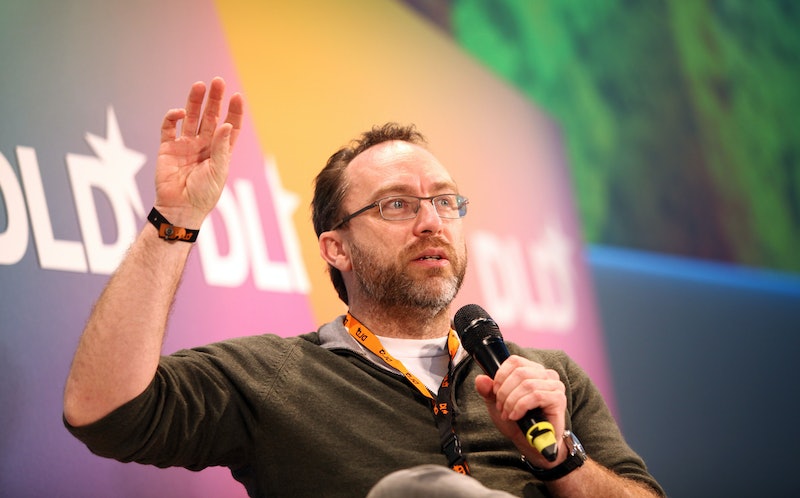 Turns out Wikipedia founder Jimmy Wales isn't a huge fan of homeopathy, to say the least. After 8,000 people signed a Change.org petition calling on Wales to institute "new policies that allow for true scientific discourse about holistic approaches to healing," pledging that they would no longer donate to Wikipedia if their demands were not met, they didn't quite get the response from Wales they were hoping for.

What they did end up with was a vehement, unyielding reply from the Wiki founder, which denounced homeopathy as "the work of lunatic charlatans." Wales did not mince his words.

No, you have to be kidding me. Every single person who signed this petition needs to go back to check their premises and think harder about what it means to be honest, factual, truthful.

Wikipedia's policies around this kind of thing are exactly spot-on and correct. If you can get your work published in respectable scientific journals—that is to say, if you can produce evidence through replicable scientific experiments, then Wikipedia will cover it appropriately.

What we won't do is pretend that the work of lunatic charlatans is the equivalent of “true scientific discourse”. It isn't.

A little background about homeopathy: Devised by German physician Samuel Hahnemann in the late 1700s, homeopathy relies on profoundly untrue assumptions about health and medicine. The main one was Hahnemann's divining principle: "that which can produce a set of symptoms in a healthy individual, can treat a sick individual who is manifesting a similar set of symptoms," more neatly summarized as "like cures like."

The idea is that by ingesting something which causes a certain symptom can, in fact, cure somebody who already has those symptoms. This is a baseless claim on its own, but becomes especially inane (and irrelevant) when paired with homeopathy's other hallmark principle — that diluting an active ingredient actually increases its strength. Even if you dilute it so much that there's literally no single molecule of the ingredient left.

Indeed, all homeopathic "medicines" are no such thing — it's just various ways of selling overpriced water solutions, with no true effect beyond that of a placebo, to credulous consumers. It's practically the sort of thing that the term "pseudo-science" was created for.

And that's the very process — of testing a theory, finding it lacking, and dubbing it as such — that practitioners of things like energy healing and thought field therapy are incensed about being accurately cited in their Wiki pages.

More like this
When Did Tamagotchi Come Out? In The U.S., 25 Years Ago
By Kaitlyn Wylde
On TikTok, Miley Cyrus’ “Malibu” Is The Soundtrack Of Growth
By Courtney Young
Where Did The TikTok Term “Sneaky Link” Come From?
By Courtney Young
The True Meaning Behind Each Hand Emoji
By Bustle Editors and Emma Carey
Get Even More From Bustle — Sign Up For The Newsletter