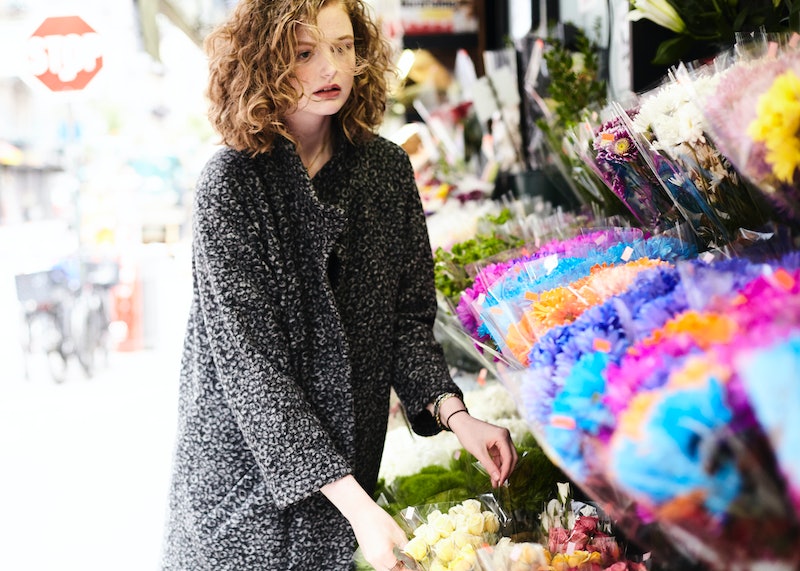 I'd argue that Hillary Clinton should have won American women — and not just because she is a woman. It should go without saying that men can also be solid politicians for women (see: President Barack Obama and Vice President Joe Biden). It comes down to policy, not genitals, though there are policies that try to regulate certain genitals over and over and over again. In this election, it should've been clear: Clinton had a better platform serving all American women. So, why did the majority of white women vote for Donald Trump?

For all that talk about "woman cards" and "nasty women," Clinton surprisingly underperformed with American women on Election Night. Everyone expected women to carry Clinton to the White House. Women of color were ready to escort her there. Meanwhile, white women gave a resounding, "Not with her."

Although Clinton won women overall (54 percent to Trump's 42 percent), when you break down the numbers by race, you find a stark divide among white women and non-white women. An CBS News exit poll showed that 53 percent of white women voted for Trump — that's a majority of white American women. When you considered white Protestant women, that figure jumped to 64 percent for Trump and just 32 percent for Clinton.

Polling pundits predicted that college-educated women would turn out in droves for Clinton, but that wasn't the case. According to data culled from the National Election Pool, just 51 percent of white women with a college degree voted for Clinton. An overwhelming 62 percent of white women without a college degree voted for Trump.

The storyline from the right will be Clinton failed white women. But really, white women failed Clinton and the women of color who eagerly supported her.

Why did white women choose Trump and Mike Pence — the man who tried forcing women who have abortions to hold burials for their remains and once wrote that working mothers were damaging society — over Clinton? I'd argue that they chose to protect their whiteness over their feminist values.

Gender and race in America are intersectional: They have to be discussed together, not independently. Women of color not only face everyday discrimination on the basis of race that white women don't have to cope with, but are also further impacted by policies targeting reproductive rights, immigration and health care, including Medicaid funding and access to affordable services. It's also well-documented that the wage gap increasingly widens among women of color, but is relatively narrow when you only factor in white women. And black women are more likely to not report intimate partner violence because of America's long history of discrimination against black women and the persistent institutionalized racism against black men by the criminal justice system.

Maybe Trump supporters didn't want to "vote with their vaginas." (It's a ridiculous saying, considering how we would never say, either in private or on national television, that men "vote with their penises.") Maybe they believed that some of these issues are left-wing feminist myths. Maybe they just wanted to be different from the "women" narrative. But we can't ignore that the majority of white women voted for Trump and what that indicates.

Trump's platform, as proved by his voting bloc, is best for white Americans. By voting for their whiteness, white women are complicit in the misogyny of this nation. They've voted against policies that would've benefited women of color in favor of a candidate who openly degrades women (white ones included) and people of color. It's textbook internalized sexism mixed with dishonest racism, and it's been part of the history of white American women since the dawn of this nation. This time, though, it just seems nasty.