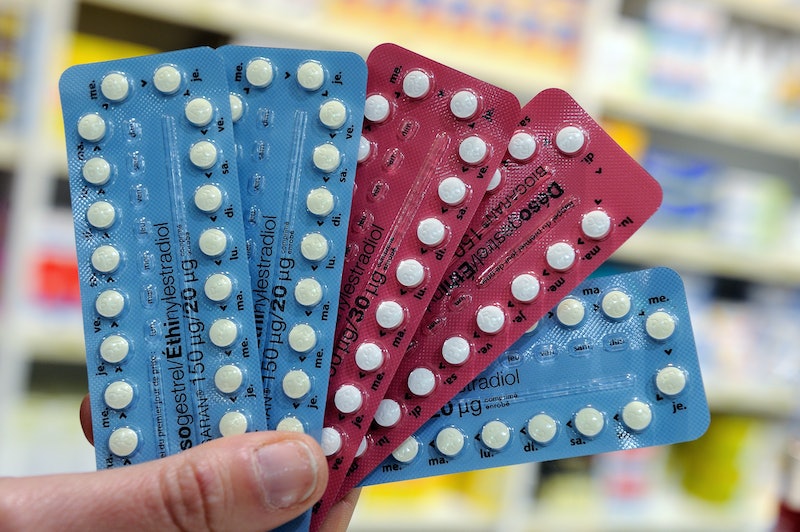 Donald Trump's surprising victory over Hillary Clinton has left voters, particularly the women who voted against him, with many questions about. Among them is the topic of healthcare and crucial reproductive rights. If you're rushing to find a long-term birth control option before Trump enters office and potentially repeals the Affordable Care Act, then it's important to know how much an IUD costs before you get to the doctor.

On Wednesday, women across the country expressed their intent to explore long-term birth control options, such as an intrauterine device (IUD), before Trump takes office. That's because Trump has vowed to undo the work of the current administration when it comes to healthcare. As a result, women fear rising costs of important health services and reduced access to resources such as birth control.

Under Obama's Affordable Care Act, often called Obamacare, health insurance companies are required to cover all Food and Drug Administration-approved forms of contraception. (Yes, that includes IUDs, which can last as long as 10 years.) Some religious organizations have earned exceptions to the rule, but in some way or another, all women in the United States have the opportunity to receive free birth control, from the pill or from an IUD.

Because Obamacare has made birth control free, many women are currently eligible for a free IUD. According to Planned Parenthood, IUDs can cost anywhere from $0 to $1,000. If you do have to pay, it could be because your insurance plan doesn't cover the particular brand of IUD that you're receiving. In other words, do your research before forking over any cash.

It's also important to do your research before deciding on an IUD altogether. As many women have noted during the post-election IUD frenzy, different forms of birth control are not universal, and women's bodies can react in very different ways to birth control. Just as some women may experience negative side effects of the pill, certain women may experience complications from an IUD. For many women, the device is a long-term solution that's cost-effective, but it's nonetheless important to weigh your options.

Finally, women should be sure to keep an eye on what Trump has said and has yet to say about his plans for the country's health care system. His campaign website talks about replacing Obamacare entirely, but his platform there focuses mainly on the economic factors involved. In September, Trump said in an interview with The Dr. Oz Show that he doesn't believe women should be required to get a prescription for birth control. Granted, he didn't say that he believed that birth control should be free, but the statement shows that his stance on the issue is unpredictable at the moment. And that in itself is frightening for women who depend on access to birth control.

Ultimately, it's still far too early to tell what will happen to Obamacare and when it will happen. But with a Republican White House and Congress, it's probably safe to assume that change is on the way. The good news is that if an IUD is right for you, you could keep it until Trump leaves office, either in four years or eight years.