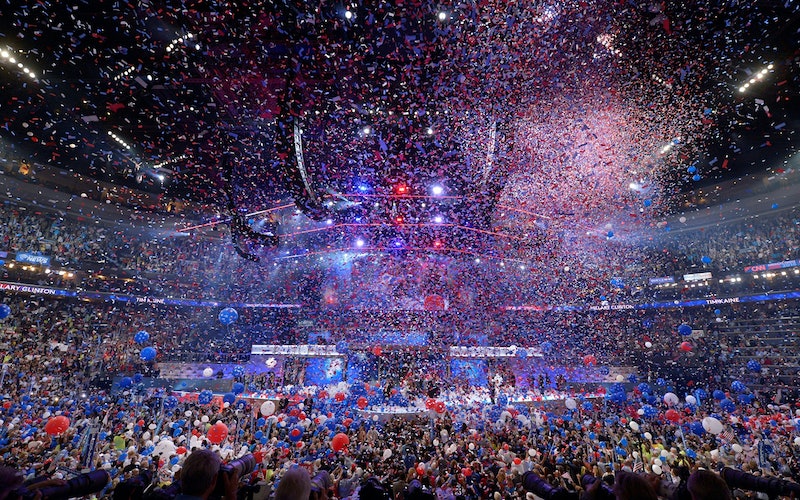 After a long and unpredictable 19 months of campaigning, Donald Trump will be the 45th president of the United States. The metaphorical internet ink is not yet dry on hot takes about what happened Tuesday night and how America is still slowly coming to grips with what has happened. We're going to face a minimum of two years of Republican control of both the White House and Congress, along with all that means for both government policy and the emerging opposition forces from the larger portion of the country that voted against him.

And then, in four years, there will be another election, another chance to stop Trump from being president. Hillary Clinton may have failed in her quest to use the ballot box to stop him, but there will be another Democratic nominee who will come along to fight back against the Republican president and inspire the people who want him gone. Already, there are likely many in the party discussing where to go next, and many up-and-coming elected officials wondering if this is their moment to take the reigns of history and become the 46th president of the United States. Granted, this exercise is quite speculative, but let's look at some possibilities:

Booker gained national attention as the mayor of Newark, committed to fixing the city's crime problem and its image (and shoveling snow) well before he became New Jersey's junior senator in 2013. Young, charismatic, and passionate, he has already been compared to President Obama. He's become a leader on criminal justice reform in the Senate, which could energize the Democratic base, even though he's viewed somewhat skeptically for his support for his home state's ties to the financial industry.

There are few politicians more beloved by the progressive wing of the Democratic Party than Elizabeth Warren. She's made waves for her righteous fury in Senate hearings, and has proven to be among the party's best fundraisers and advocates. For liberals who wish the Democratic party would reclaim its populist core, Warren could be the answer. At 71 in 2020, she'll be a little old, but still younger than her presidential opponent, if it is Trump.

Democrats lost in 2016 in a large part through their failure to secure support from white working-class voters, who had once been the party's core base. Sherrod Brown represents the last of that core. His voice sounds like a truck driver's, and he has represented Ohio, one of the country's biggest swing states, for 10 years. He's Bernie Sanders' closest ally in the Senate, and he might be the one to take his revolution farther.

Kristen Gillibrand was appointed to Hillary Clinton's former senate seat in 2009, and was reelected with a record-breaking 72.2 percent of the vote in 2012. She published a surprisingly candid bestselling memoir which discussed sexism in the Senate in 2014, which made some wonder if she was about to make a presidential run. She was a leader in the fight against Don't Ask Don't Tell in the Senate, and has been touted for a while as the party's rising star.

The 2016 election turned out to be a referendum on Washington, and the Democrats could really benefit from some new blood. Harris, who just won the race to become California's new Senator with 48 of the state's 50 counties behind her, is a new and charismatic voice in Washington. She's the first Indian-American in the U.S. Senate, and only the second African-American woman. Harris had previously been the well-respected Attorney General of our country's most populous state, and she is focused on charting a path on criminal justice reform which allows her to stay tough on crime while helping those victimized.

Democrats under-performed all over the country on Tuesday night, but one of the bright spots was Tammy Duckworth, who took back Barack Obama's Illinois senate seat from Republican Mark Kirk. The daughter of a Thai immigrant mother and a military father who can trace his family back to the Revolutionary War, Duckworth lost two legs fighting in Iraq. She puts a fierce patriotic spin on the Democratic Party.

Tulsi Gabbard, the first Hindu member of Congress, was the Democratic National Committee vice-chair until she stepped down in February to buck the party establishment and endorse Sanders for the nomination. She became a hero to the Sanders' wing of the party, and served as a strong advocate of his candidacy. As a young and charismatic military veteran, she likely has a long future ahead of her as part of the Democrats' emerging anti-establishment wing.

Of course, 2020 is pretty far away, so a lot could change. I'm almost certain no one thought Trump would reach, or even seriously run for, the presidency in 2012. Who knows what will happen in the next four years?