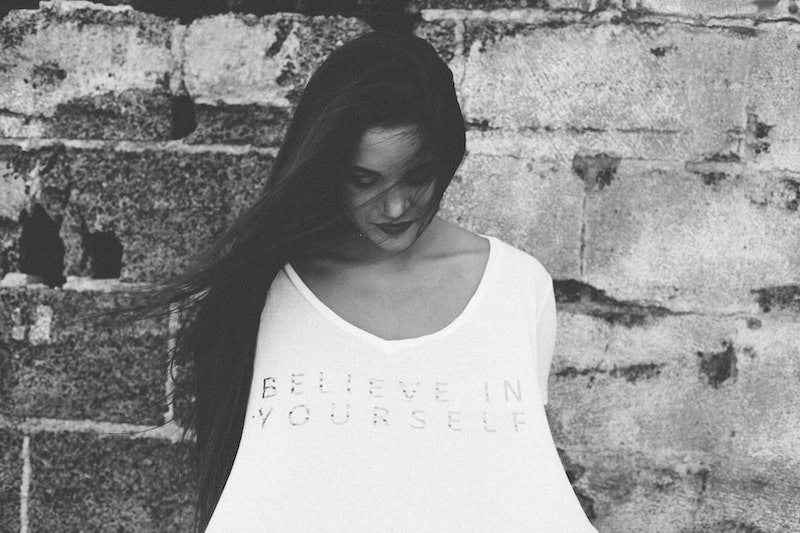 In the wake of Tuesday’s presidential election heartbreak, many parents are asking themselves: what do I tell my children about a Donald Trump presidency? After bringing daughters to the polling centers so they’d be there as their mothers voted for the first female president; after explaining to sons that bullies never end up winning anything in the end; after reassuring children of color, disability, and religious minority that they are valued, respected, and will have their voices heard during a Clinton presidency; after having difficult bedtime conversations about bigotry, misogyny, sexism, racism, and the fact that good will triumph over evil, how do we explain Donald Trump to young people — and especially the young women — in our lives? Especially when we’re still struggling to explain it to ourselves?

In my life, books have been an unfailing beacon of light, hope, truth, resistance, exploration, and empathy — literature has always taken the long view, articulating more nuanced perspectives, and demonstrating that, as Martin Luther King Jr. once said: “the arc of the moral universe is long, but it bends towards justice.” And in an American that currently seems to have no reasonable, justifiable explanation for the way it’s just failed itself utterly, books — like the feminist young adult novels on this list — can give hope to young feminists in an American that is dancing dangerously close to hopelessness.

Here are 12 YA novels that will give hope to the young feminists in your life.

1. The Disreputable History of Frankie Landau-Banks by E. Lockhart

A novel about gender politics, secret societies, and dismantling the patriarchy, E. Lockhart’s The Disreputable History of Frankie Landau-Banks features prep school sophomore Frankie Landau-Banks, who is tired of being an outsider — as a young woman, as a Jew, and as someone more subversive and scheming than her peers — and she’s willing to risk expulsion, heartbreak, and ostracization from her peers in order to challenge her school’s administration and make a political statement against its patriarchal culture.

During World War II, thousands of Filipina girls and women were forced to become “comfort women” — abducted from their homes and sent to work as sex slaves in Japanese brothels during the war. In M. Evelina Galang’s novel Angel de la Luna and the 5th Glorious Mystery, it is the stories of these once-enslaved women that inspire 14-year-old Angel to become an activist herself: in the 2001 Philippine People Power Revolution to overthrow President Estrada, before immigrating to the United States with her family. For Angel, coming-of-age and growing into her activist spirit are intertwined in ways that are both powerful and challenging.

3. The Year They Burned the Books by Nancy Garden

When high school student Jamie Crawford writes a powerful opinion piece for her school newspaper in support of an improved sexual education curriculum and making condoms accessible to high school students, she has no idea that she’s just inserted herself into a huge political controversy — one that pits the school board against the school (and the welfare of its students) itself. At the same time, Jamie is learning to navigate her own sexual identity in a landscape that is still fervently homosexual — which forces her to fight for her own rights and sexual choices just as passionately as she fights for the rights of those around her.

4. A Step from Heaven by An Na

An Na’s novel, A Step from Heaven, introduces readers to four-year-old Young Ju, who immigrates with her family from a small, Korean fishing village to the United States — and she believes her new home will be the heaven she’s always believed it to be. But as Young Ju struggles to assimilate to the unfamiliar American culture, her father and brother maintain the outdated, sexist traditions of their Korean home. This novel follows Young Ju from childhood through high school, depicting not only the harsh realities that face many immigrant families, but also the strength and grace of a young woman learning how to live in an unfamiliar — and often unwelcoming — world.

5. Under a Painted Sky by Stacey Lee

Stacey Lee’s Under a Painted Sky takes readers to the Oregon Trail, where two young girls, Samantha and Annamae — one a Chinese immigrant and the other a runaway slave — disguise themselves as young men in order to travel to California without drawing dangerous attention to themselves. The resilience required of these two girls, and the fact that they keep pushing forward out of sincere hope for better futures, is powerful and inspiring.

6. How the García Girls Lost Their Accents by Julia Alvarez

Newly-immigrated from the Dominican Republic, Carla, Sandra, Yolanda, and Sofia García arrive in New York to discover that the United States isn’t what they’d expected — and that it differs from their lives back home more than any of them could have imagined. Moving back and forth through time and through each of the sister’s different perspectives, How the García Girls Lost Their Accents tells the story of an immigrant family who maintains strong ties to their homeland even though America demands they assimilate in order to really succeed, and features strong, independent women who build lives for themselves that manage to straddle the two cultures they love.

As the daughter of a pilot, growing up Ida Mae Jones dreamed of learning how to fly — but being a black woman in 1940s America meant that her dreams of flight were practically impossible. Then, the United States entered World War II, and Ida Mae disguised herself as a white woman in order to be admitted into the organization Women Airforce Service Pilots. There, she found herself fighting a war on two fronts — the war in the Pacific, and the war at home, in a culture that doesn't value her true identity. Sherri L. Smith's Flygirl tells the story of a strong and intelligent feminist, determined to follow her dreams.

Judy Blume wrote her novel, Forever, because she wanted her own daughter to be able to read a story about teenage women feeling empowered over their own sexuality, instead of filling her bookshelves with the all-too-common stories about traumatic, violent, and shame-filled experiences often shared by young women who have sex for the first time. Forever is about two teens, Katherine and Michael, who fall in love, make responsible reproductive decisions (like getting birth control) and have sex, ultimately break up, and are completely fine with every single one of their choices.

Melanie Crowder’s historical novel, Audacity, is inspired by the real-life story of Clara Lemlich — a Russian immigrant living in New York, who began fighting against the conditions endured by factory workers in the early 1900s and stood up for equal rights, inspiring the women who worked alongside her in the factories to strike, organize, and unionize. Her struggle lead to the historic Uprising of the 20,000 — the largest workers’ strike led by women in the history of the United States.

10. The House on Mango Street by Sandra Cisneros

This novel is so beloved for a reason, and it's worth a re-read. Sandra Cisneros’s celebrated novel, The House on Mango Street, introduces readers to Esperanza Cordero, a teenager who has always lived in the Chicano and Puerto Rican neighborhood of Chicago, but who is determined to leave the inner-city, find better opportunities for herself, and then return to help improve the lives of the people she grew up with. Among other profound challenges, growing up Esperanza has survived sexual abuse and assault — experiences that only affirm her need to escape the neighborhood. Once she does, she values the strength and depth of character that her childhood on Mango Street instilled in her.

One narrative that is in danger of getting lost in the wake of this recent election is the fact that there are — believe it or not — plenty of American men who are feminists as well. In Bone Gap, a young woman named Roza disappears, and her housemate Finn is the only person who knows the truth of her disappearance: Roza was kidnapped, but the community of Bone Gap doesn’t believe Finn’s story, and claim what happened to Roza was of her own consent. Expanding on the narrative of “victim blaming” and not only blaming Roza for her own fate, but blaming those who would stand up for her was well, Bone Gap is a terrifying and heartbreaking story about living in a world that doesn’t make room for inconvenient truths.

Natasha is one of the only people of color she knows in her school, her neighborhood, and her all-white dance team — and struggling to understand her unique identity while trying to fit into an all-white world is taking its toll on her. But when her grandmother decides to bring her to Harlem for the summer, Natasha beings volunteering at a safe house for teenage girls in the Bronx, where she experiences bullying, violence, and what it’s like to grow up with more disadvantages than privileges. As Natasha learns the harsh realities about what it means to be a person of color for many people in the United States, she also dives more deeply into her own identity, challenged to determine her place in both of these worlds.

13. If You Could Be Mine by Sara Farizan

Tackling the difficulties, uncertainties, and insecurities of being an LGBTQ teen, Sara Farizan’s novel, If You Could Be Mine, tells the story of a young Iranian girl named Sahar who is struggling with her lesbian identity, her self-confidence, and coming out to her conservative, traditional parents — especially in a country where homosexuality is a crime. Sahar considers sexual reassignment surgery, which is not illegal, but isn’t sure if sacrificing her identity as a woman, even to legally love the person she wants to love, is something she’ll be able to do.

Merging several genres into this lyrical book for young readers, Margarita Engle uses poetry, historical fiction, and nonfiction to tell the story of Cuban feminist and abolitionist Gertrudis Gómez de Avellaneda, one of nineteenth century Cuba’s youngest opponents to slavery. After refusing an arranged marriage at only 14 years old, Gómez de Avellaneda then used her newfound freedom to write poetry that stood up against Cuba’s injustices.